Should have just moved out! The ’90s Changing Rooms makeovers that didn’t stand the test of time – including a wall decorated with paintball splodges, a furry futon and a jungle bedroom

The prospect of having all your home renovations taken care of by a TV show might seem tempting, but in some cases it’s definitely best not to hand over creative control.

BBC’s Changing Rooms – the premise of which saw couples swap houses with friends or neighbours and decorate a room in each other’s home – enjoyed  hugely popular run from 1996 to 2004.

Now, 16 years since the final series of the show presented by Carol Smillie aired, Bored Panda has put together some makeovers which have failed to stand the test of time.

Among them is a dated living room which was turned all-white, a bedroom transformed into a jungle and a bathroom decorated with flowers – lots of them.

Check out some of the most cringeworthy room makeovers below…. 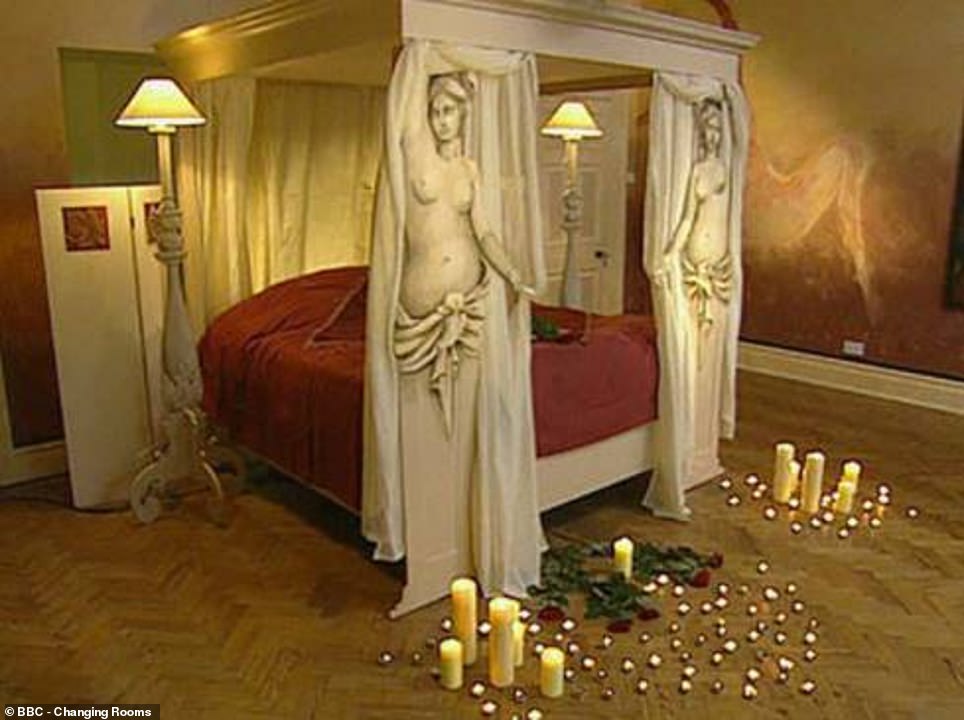 BBC show Changing Rooms aired from 1996 until 2004. Some transformations did not air particularly well, such as this bedroom which went from a fairly drab setting to one with an ‘arty’ theme. The owner’s response was ‘good grief’ 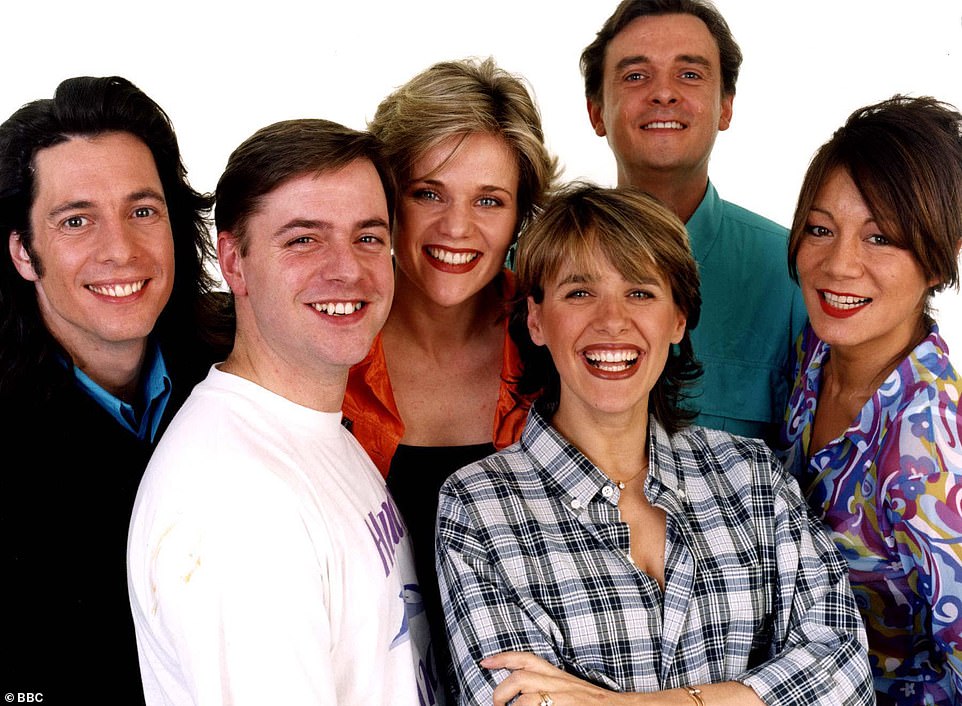 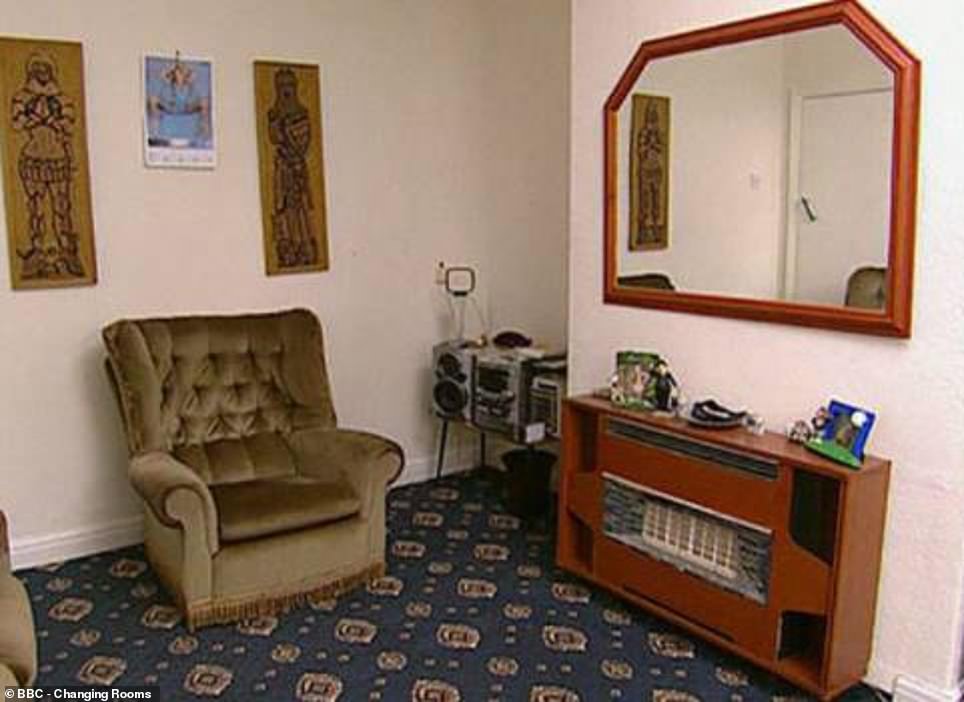 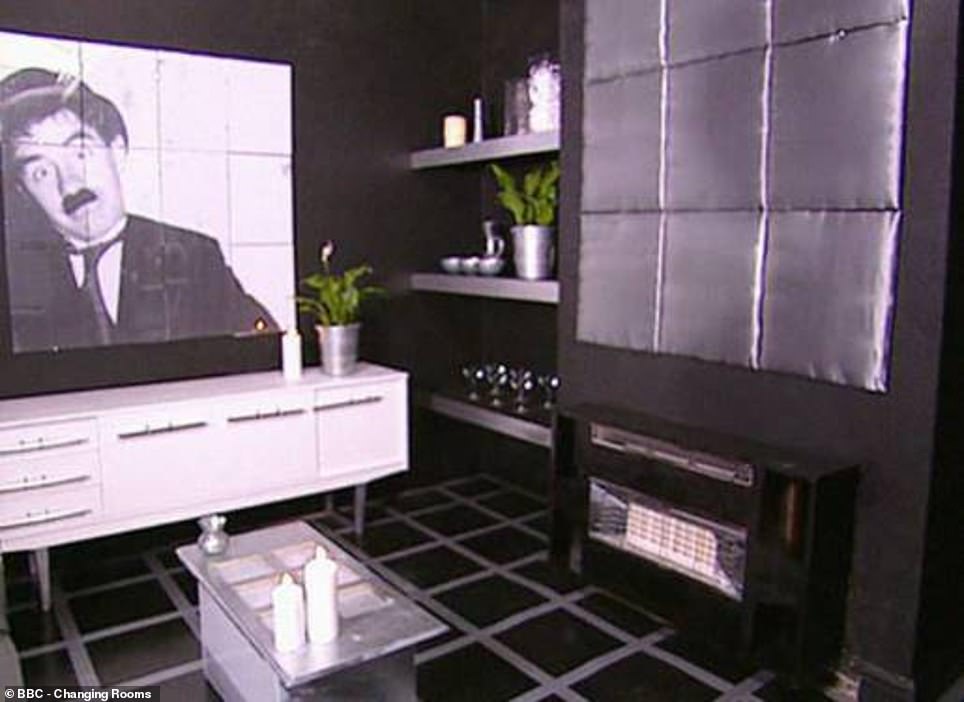 This living room went from something fairly ordinary to one which featured a very strong black and white theme. While the designer said, ‘I think it’s very classy,’ the owner was less impressed. They said: ‘Bloody hell’ 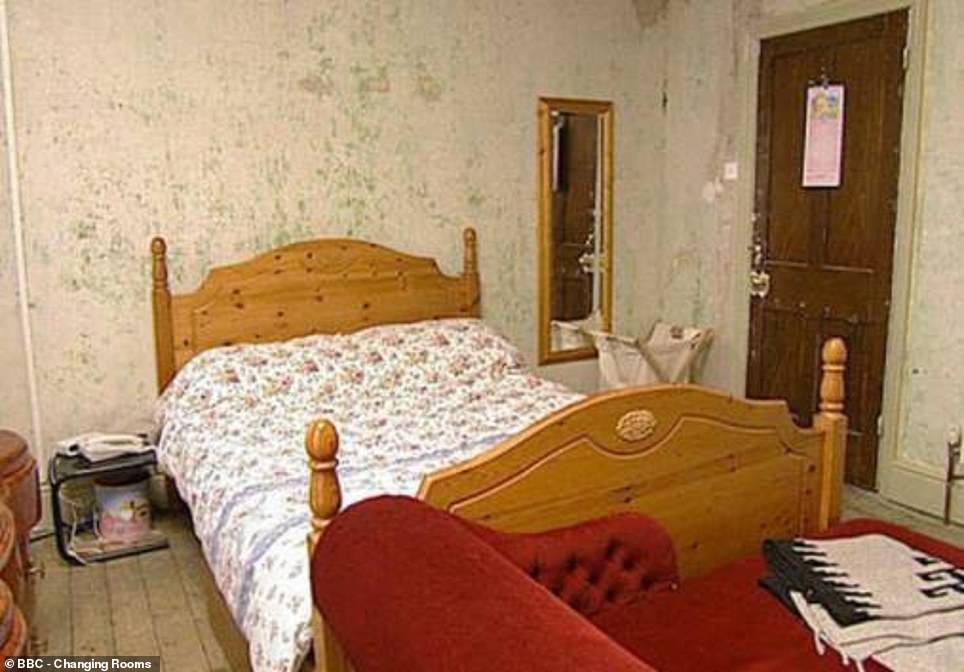 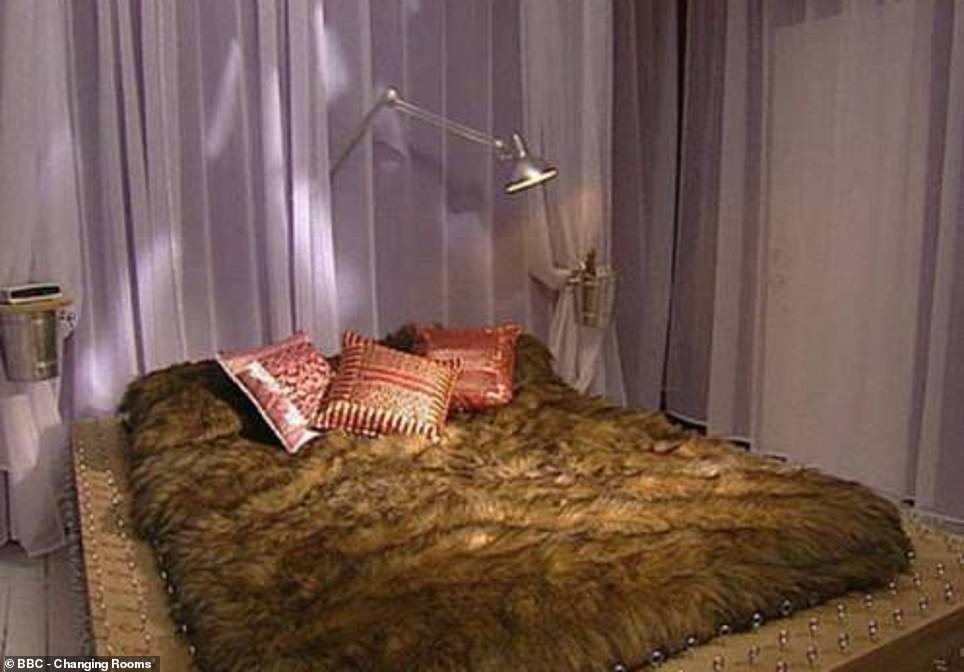 This bedroom was transformed into what its designer called a ‘sensual, sexy room’. Sadly, the owner felt differently and said ‘I don’t like the bed’ and ‘the colour is horrible’ 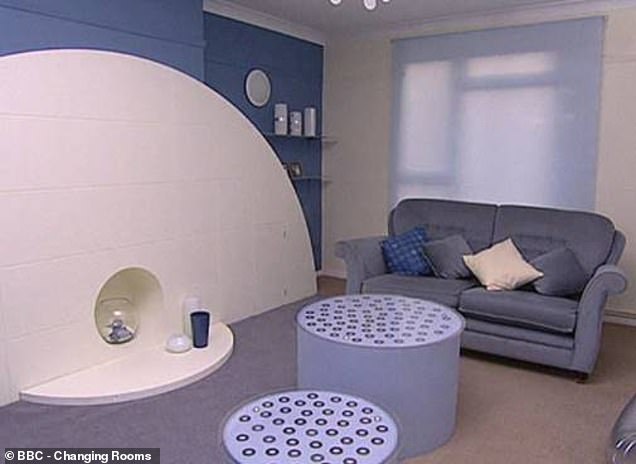 This person’s front room went from having boring curtains and old furniture to one with circular coffee tables boasting a dotted pattern. On the walls, a very quirky colour scheme was on display. Fortunately, the owner loved it and said: ‘Am I in the same room? This is amazing’ 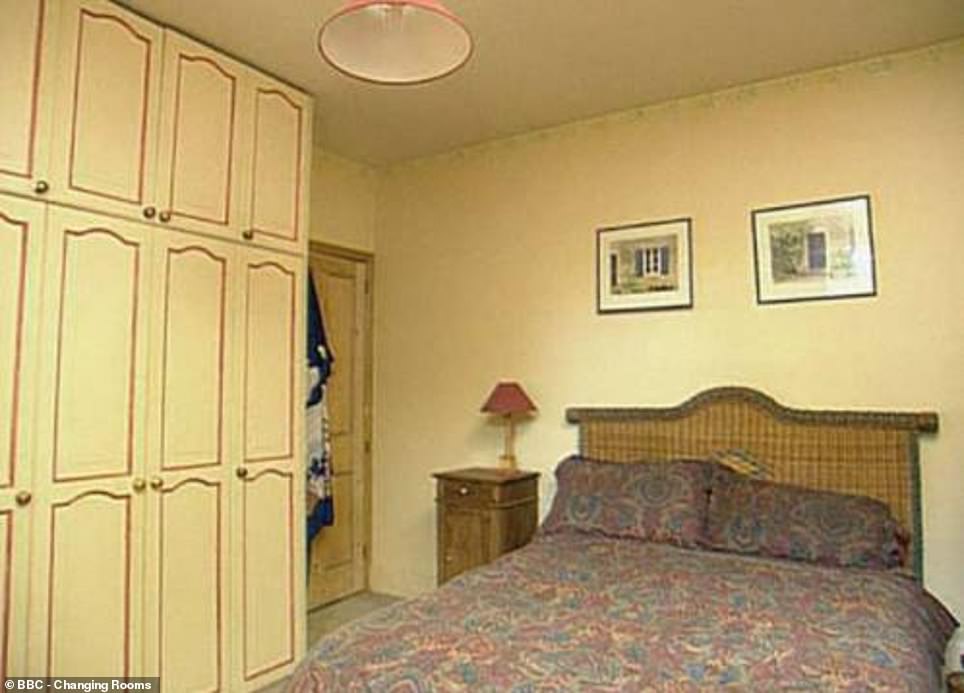 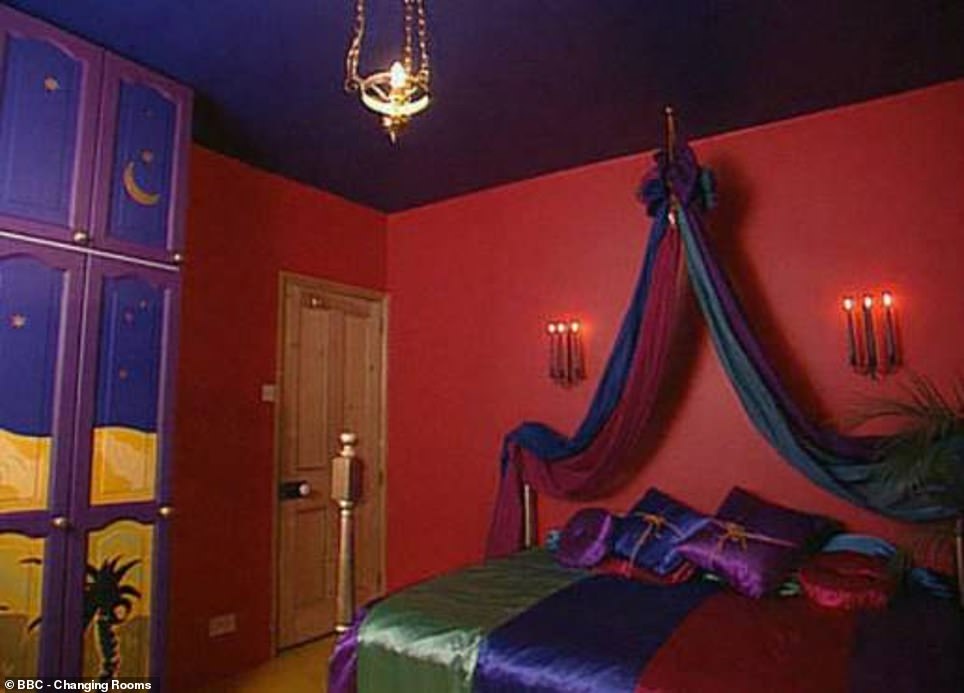 This drab bedroom was turned into an exotic room which the designer described as ‘very passionate’. Fortunately, the owner agreed and said: ‘It is absolutely brilliant’ 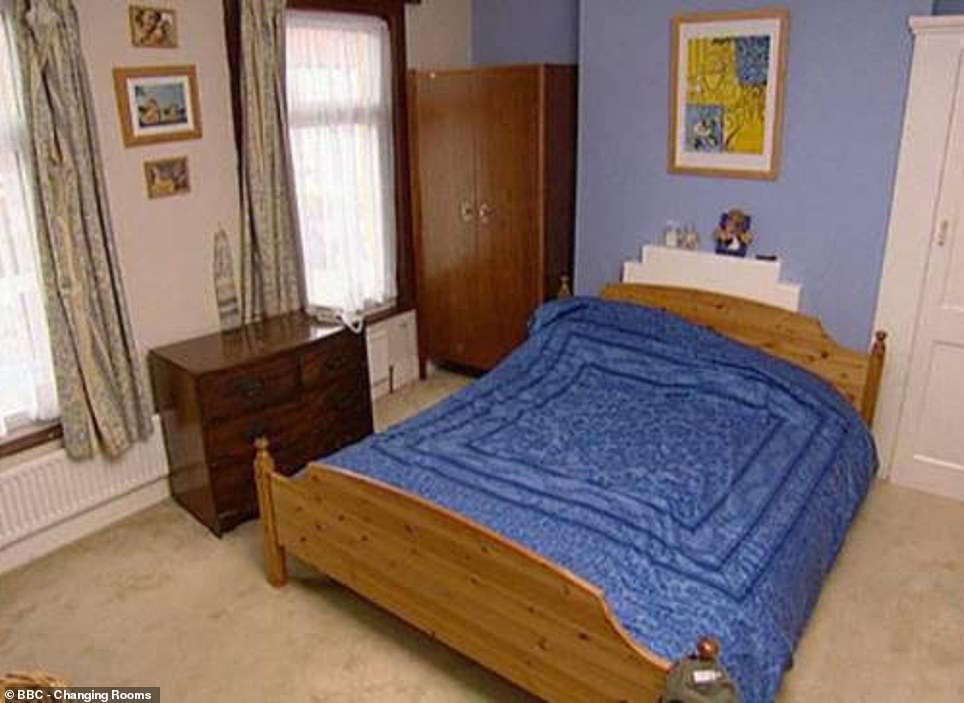 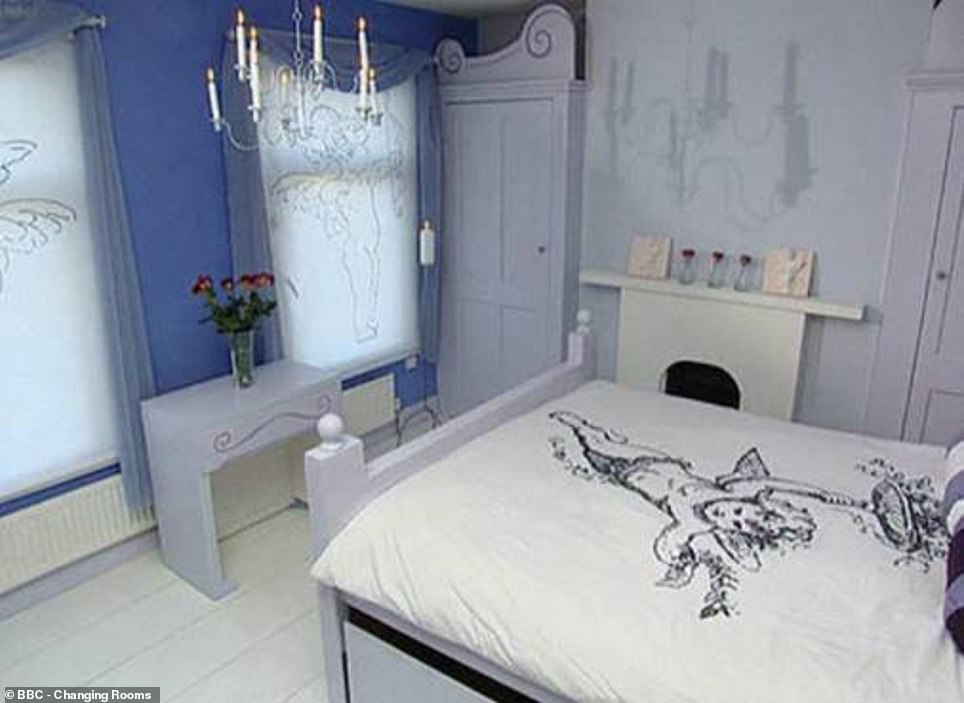 This transformation got a mixed response from the home’s owner. They said: ‘What a change. Crikey’ when they spotted their new grey bedroom complete with a chandelier and cherub duvet cover 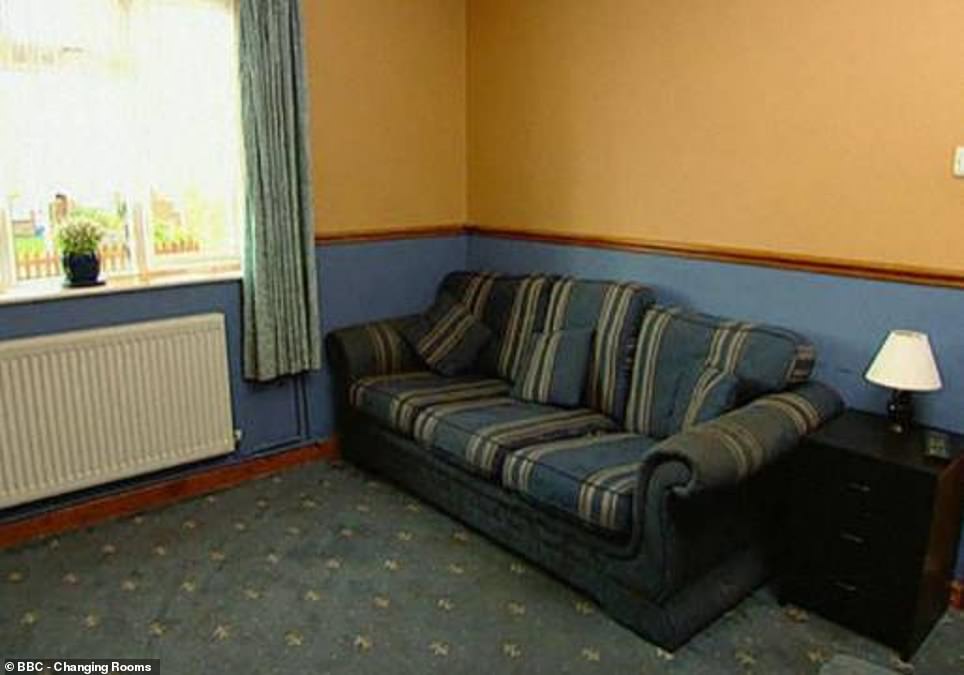 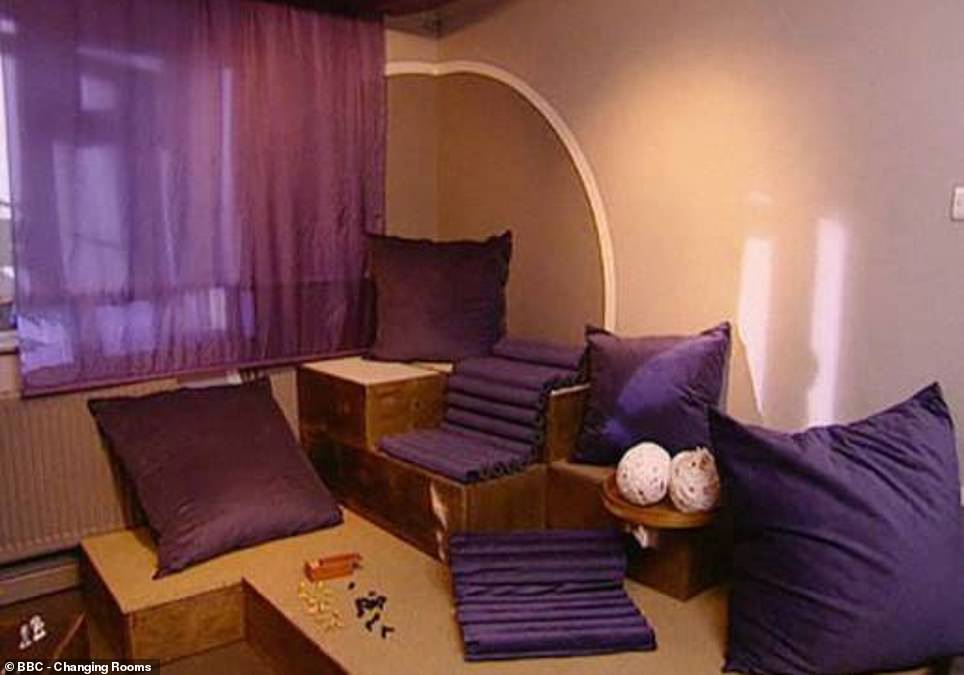 This living room was transformed from its fairly plain state into a much funkier hangout space. But it didn’t go down well with its owner. They said: ‘Oh no, it’s horrible’ 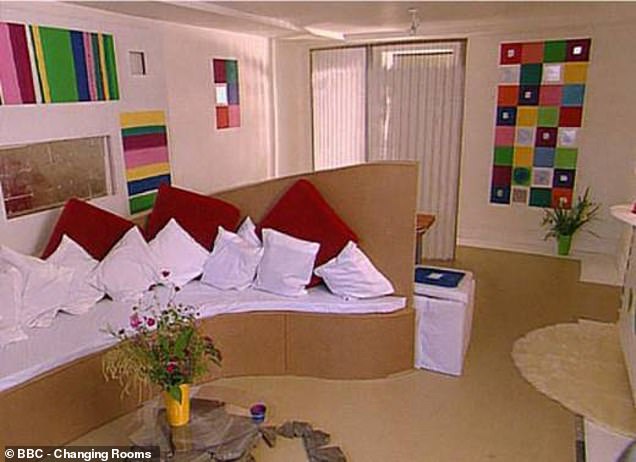 This living room and kitchen was given a contemporary feel with the addition of a curved sofa and some well-placed artwork. The owner was delighted. They said, ‘There is nothing I would change. This is fabulous’. However, it is unlikely to be a look which would be popular now 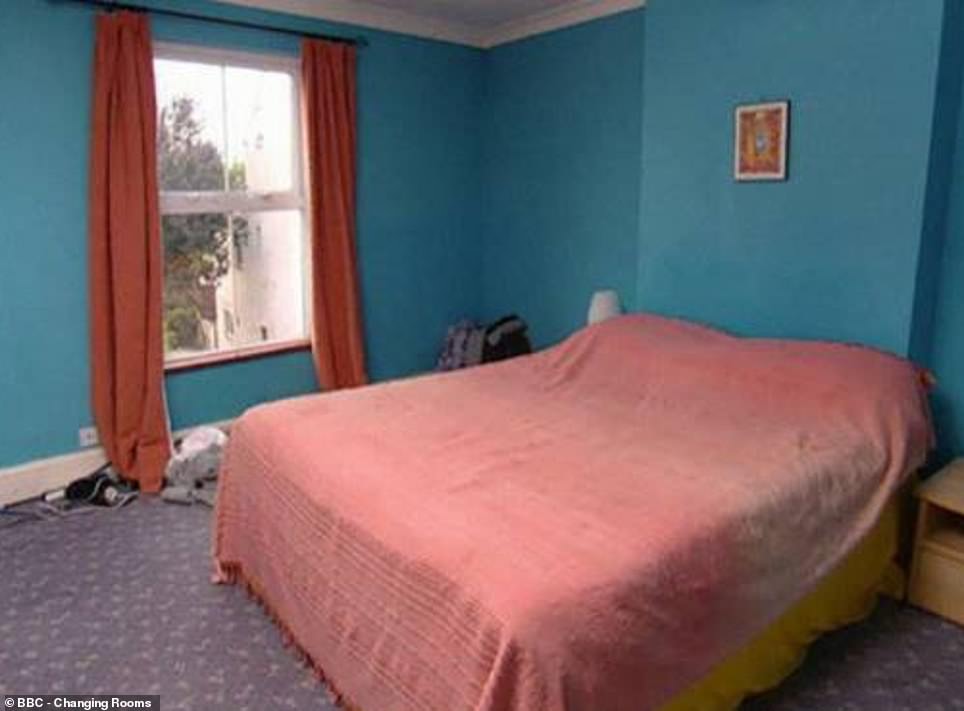 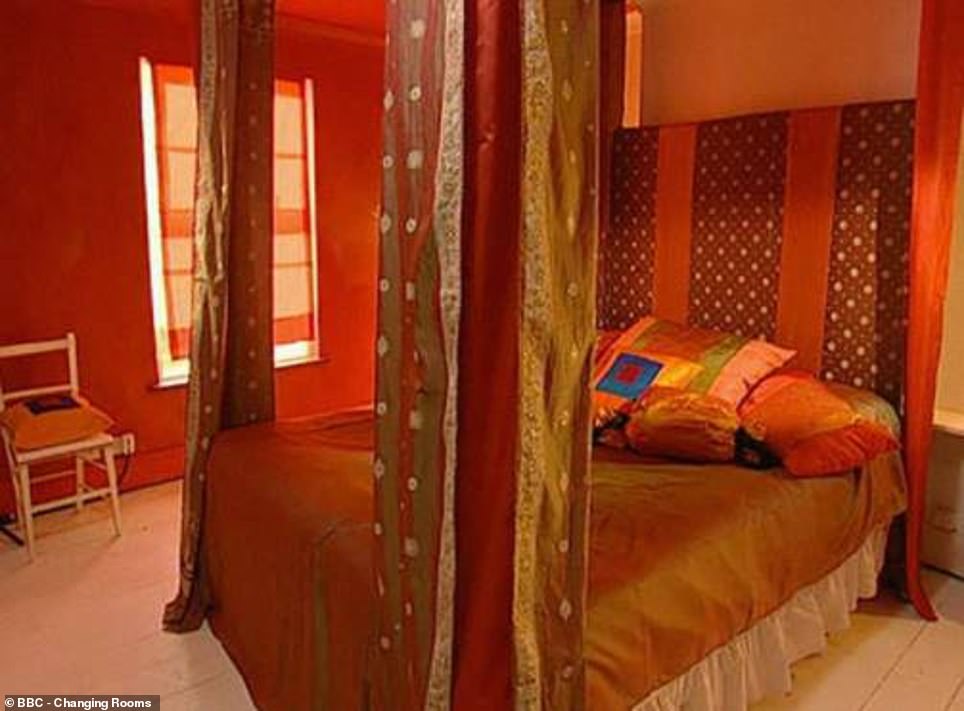 The owner of this fairly boring bedroom got a surprise when the original double bed was turned into a four poster and the colour scheme turned an orange-red hue. The owner said: ‘It is red, isn’t it?’ 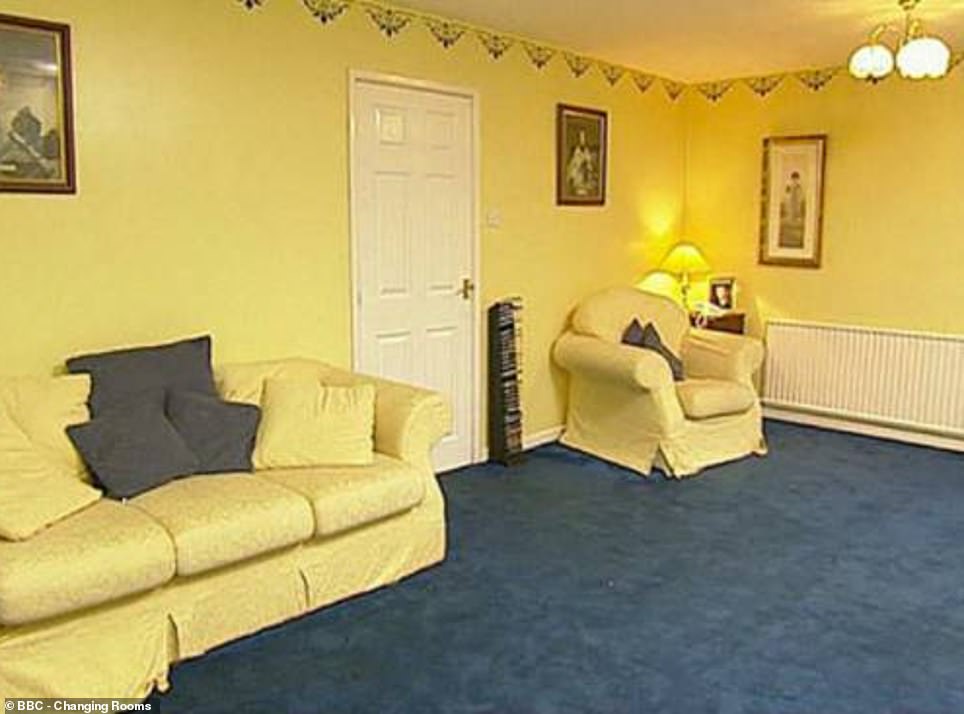 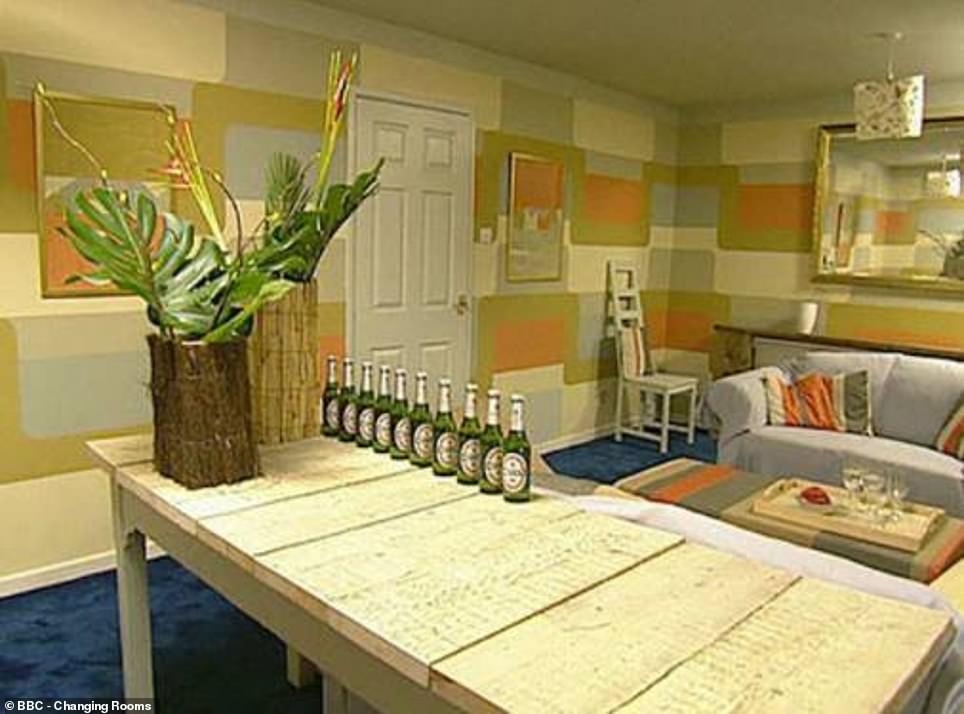 This very boring sitting room was given a new, funkier look with some well-placed beer bottles, a new colour scheme, some plants and new sofas. The owner said, ‘Barbara, it’s gorgeous,’ and ‘look at the wall’ 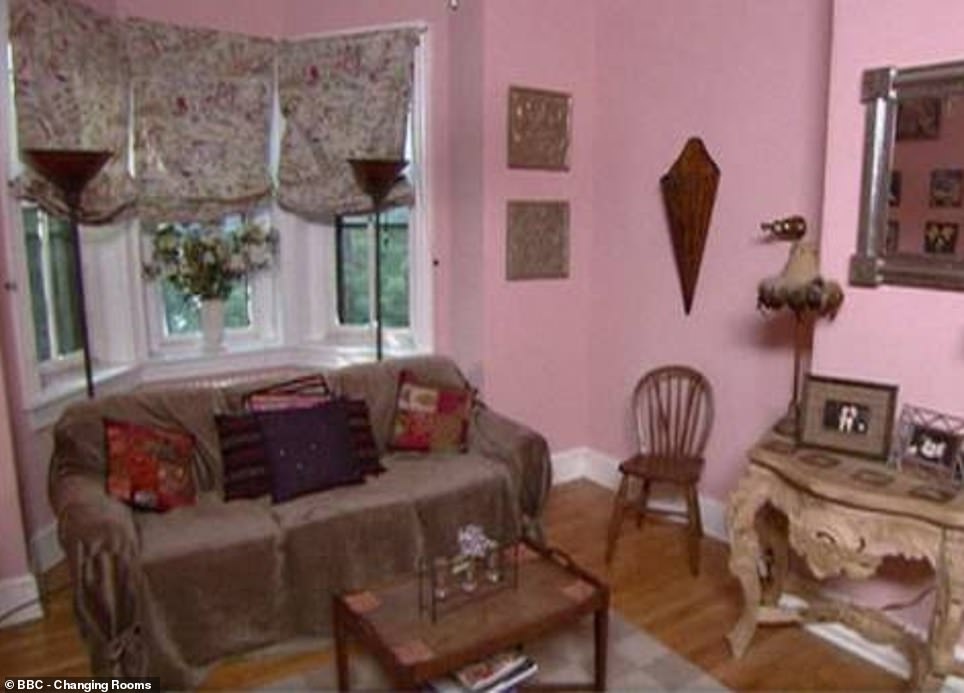 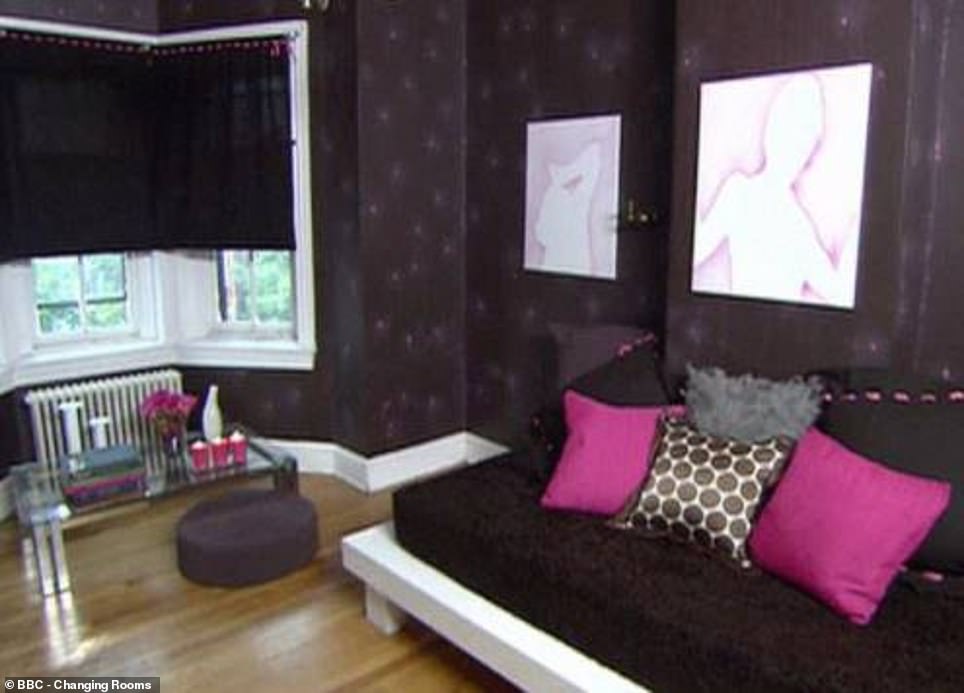 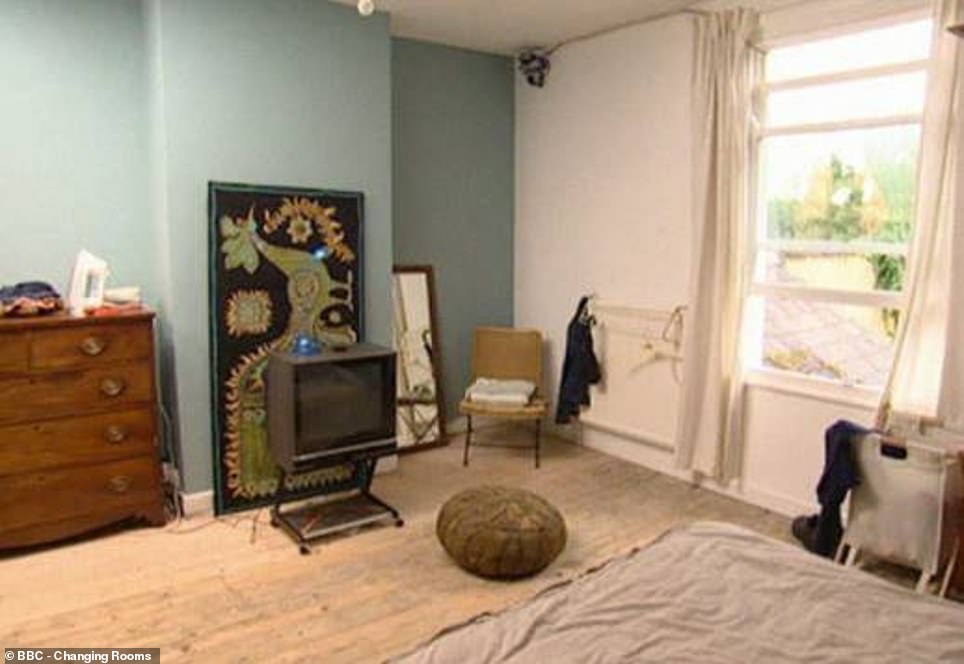 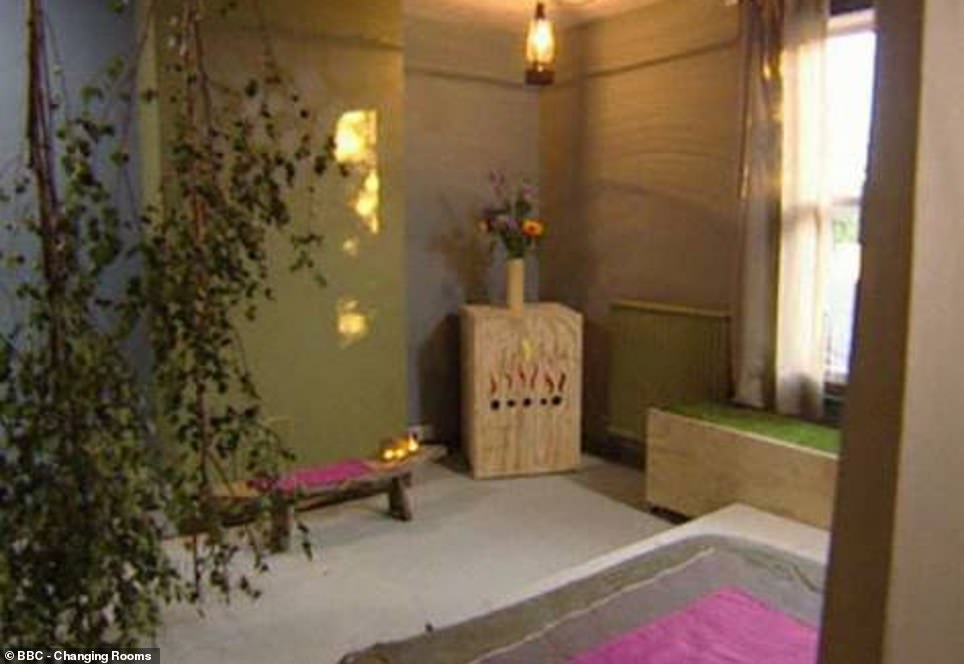 The owner of this home was a bit surprised by the transformation of their living room to a space with a rather green theme. They said: ‘Not what I expected’