Channel 7 journalist’s question gets a very abrupt answer from Kyiv mayor – but was it fair enough?

By Peter Vincent and Darren Boyle for MailOnline

An Australian journalist copped a knockout response to his question to Mayor of Kyiv Vitali Klitschko about Vladimir Putin’s claims to only fire upon military targets during his invasion of Ukraine.

Klitschko, who was leading a group of journalists around a badly bombed street in Kyiv, responded ‘bullsh*t’ when asked about the Kremlin’s claims, by Channel 7’s Chris Reason.

A furious Klitschko responded:  ‘Bullshit! Sorry. Where is military target?’

Klitschko, then pointed at the burned-out shell of a residential building that they were standing next to. 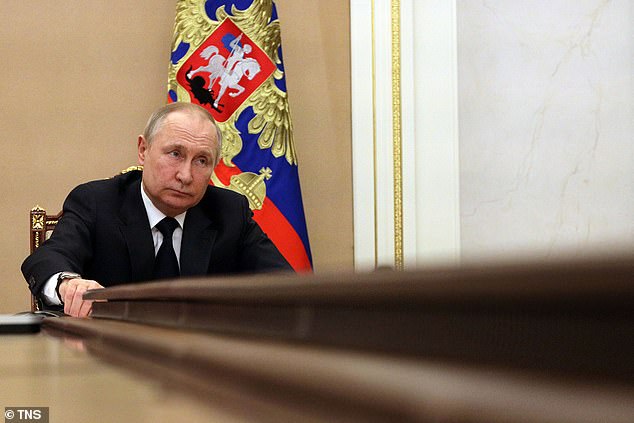 The Aussie also received a mixed response on Reddit for the interview.

‘[Klitschko] KO’d this interview in the first 15 seconds,’ another added.

But others jumped into defend Reason’s question.

‘The press often ask seemingly stupid questions to give people the chance to refute them and point out the fallacy behind the thought,’

‘It’s likely that reporter doesn’t actually believe that, but instead he’s serving as the proxy of a sceptical audience, which is part of his job.

Reason, 56, has won two Logie Awards and a Walkley Award and the Graham Perkin Award for his coverage of the Lindt Cafe siege in 2014. 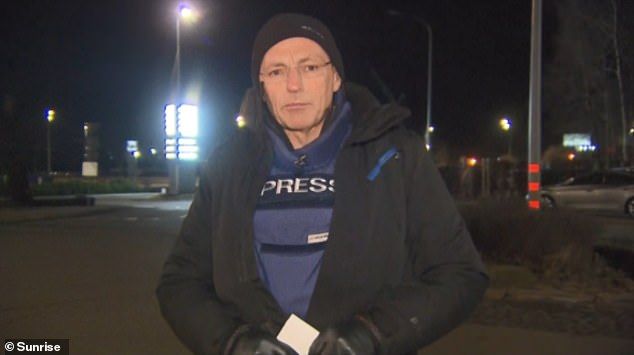 Russia claims its only hitting military targets. What does the Kyiv Mayor say to that? “BULLSHIT!” he spits. A former boxing champion, Vitale Klitschko delivers knockout sound bites that get straight to the point. Feel free to share #Ukraine #Kyiv pic.twitter.com/GvFs7ZWIUz

Russia has increased the intensity of its attack on Kyiv despite diplomatic efforts of brokering an end to the conflict.

Yesterday’s strikes on the 20th day of Russia’s invasion targeted a western district of Kyiv, disrupting a relative calm that had returned after an initial advance by Moscow’s forces was stopped in the early days of the war.

A senior US defence source said the Russians were using long-range fire to hit civilian targets within Kyiv with increasing frequency but that their ground forces were making little to no progress around the country. The official said Russian forces were still about nine miles from the centre of Kyiv.