A Channel Nine weather reporter has clashed with a conspiracy theorist, labelling him a ‘d***head’ after he was ambushed during a live-cross.

Garry Youngberry was reporting the weather from Queensland’s Bribie Island on Friday night when a man ran into the back of the shot.

Footage of the bizarre interaction shows the barefoot man holding a sign with the message: ‘Our weather is being modified’.

He also urged viewers to Google ‘geo engineering’ – a theory which claims there is a deliberate and large scale intervention in the earth’s climate system.

The conspiracy theorist ambushed Channel 9 TV weather reporter Gary Youngberry while he was live on air. The man held a sign saying ‘our weather is being modified’ during the segment (pictured)

Mr Youngberry’s cameraman attempted to chase away the conspiracy theorist, who was wearing sunglasses at night, but he managed to dodge him and linger behind the reporter.

Bystanders were heard calling the man a ‘w*****’ as Mr Youngberry wrapped up his report.

The frustrated presenter was then seen calmly trying to confront the man, asking him to ‘come here buddy’. 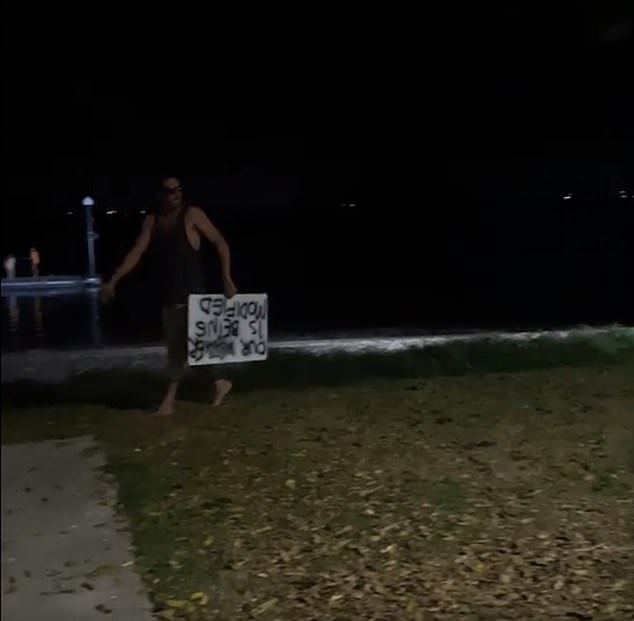 The stranger then walks off laughing and shouts at the reporter to ‘tell the truth’.

‘It’s on the government website Gaz,’ the man yells back before Mr Youngberry tells him to ‘contribute to society’.

The TV presenter had the support of onlookers who shook their heads at the late night ambush and branded the man an ‘idiot’. 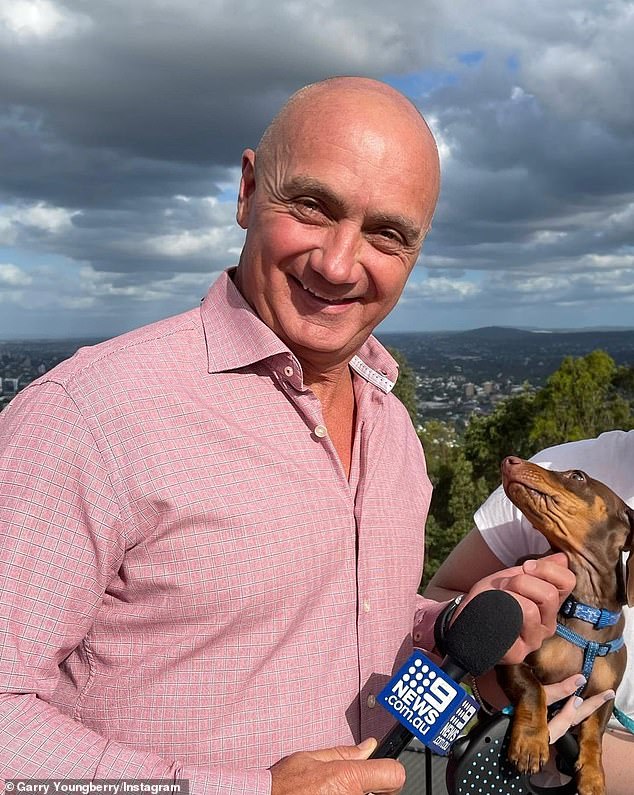