Charges dropped against retired priest, 73, after drunkenly knocking down two teachers, killing one

Retired priest Paul Burak, 73, was accused of fleeing the scene of a deadly hit and run

A retired priest who was accused of fleeing the scene of a deadly hit and run in which a teacher was killed has had the DUI charges against him dropped.

But the charges have since been dropped following a ‘thorough review’ of the case against Burak, Cook County prosecutors told the Chicago Tribune.

‘We did not seek an indictment for the offense of aggravated DUI as the evidence and facts were insufficient to support that charge,’ the statement read.

If convicted of leaving the scene of a fatal accident, Burak could receive between four and 15 years in prison.

In relation to the DUI charge, ‘The state’s attorney didn’t feel there was enough evidence there, and that’s probably the case,’ Orland Park police Chief Timothy McCarthy told the Chicago Sun-Times.

During an initial bail hearing, prosecutors were told how Burak explained to police how he blacked out after taking medication for his Parkinson’s disease after having a Manhattan and a glass of wine at the holiday party.

Burak, retired in 2018 after serving as the pastor at St. Michael Parish for nearly a decade.

The incident occured following the parish Christmas party in Orland Park, Illinois on December 4, 2019. His alleged victims had also been celebrating at the same party.

Cook County prosecutors said Burak, of Palos Heights, told guests that he was able to drive after they showed concern.

Court documents also show he admitted drinking a Manhattan and a glass of wine before ‘blacking out’ and thought the two women were the curb.

The hit and run happened outside Square Celt Ale House & Grill, an Irish pub. Both Leja and Kosteck were hit as they walked to their cars after leaving the party, WGN reports.

After reversing out of his parking spot in his gold Buick Regal Assistant State’s Attorney James Murphy said Burak, a priest since 1972, hit a parked car and then hit the two women. 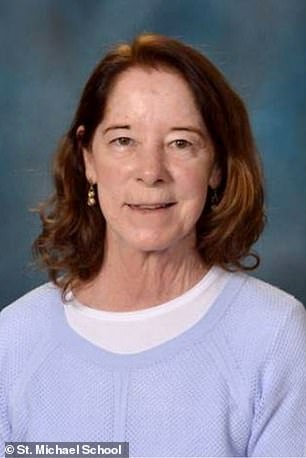 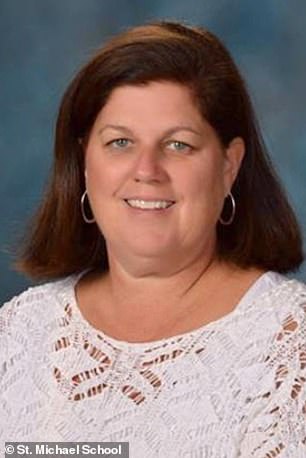 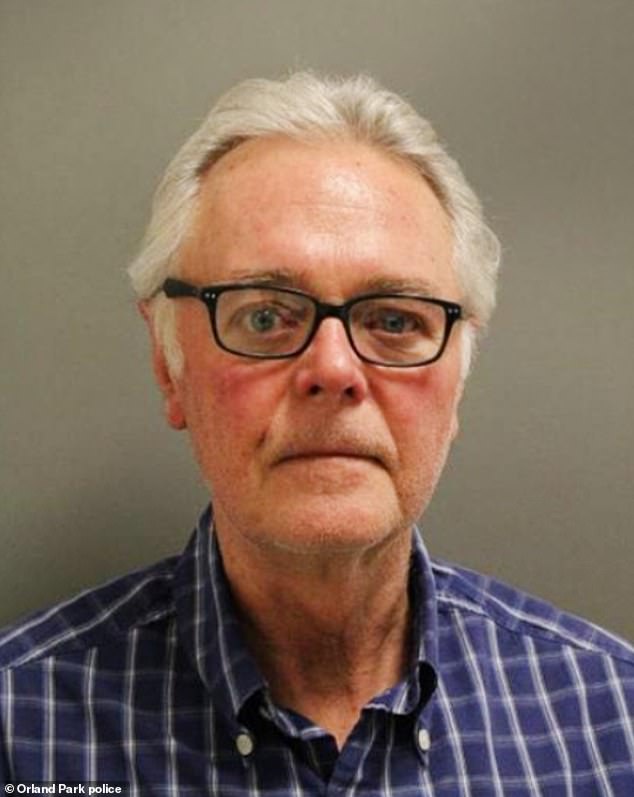 Burak is said to have sped up after hitting the women, The Chicago Tribune  reports.

Murphy said: ‘He remembers that he heard a noise, like someone’s chassis out of the car, as if you went over a curb and hit the curb with the bottom of your car.

‘He never thought it was a person. He said he did stop after he felt he hit something. He said he then gunned the car.’

A witness is said to have told Burak, who has no criminal history, to go back to the scene.

Once the returned, he knocked the bumper of a car while attempting a three-point turn but is not said to have told police he hit the women, records show.

A St. Michael’s priest then drove Burak home and there was no suggestion, at that time, that he had been involved in the fatal incident.

But security footage is said to have captured the entire incident on tape.

Burak’s defense attorney said his client has Parkinson’s disease and glaucoma. Tim Grace said: ‘He is devastated by what happened that day.’ 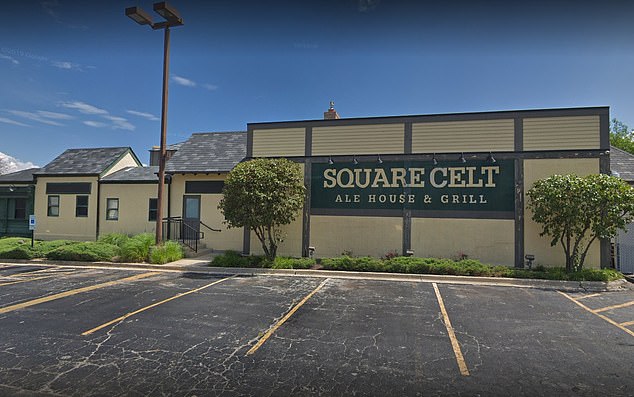 The hit and run happened outside Square Celt Ale House & Grill, an Irish pub, pictured. Both Leja and Kosteck were hit as they walked to their cars

The Chicago Archdiocese said in a statement: ‘As a community we continue to grieve the loss of Ms. Leja and the injury to Mrs. Kosteck.

‘We again offer our heartfelt condolences, support and sympathy to their families and are keeping them and all affected by this tragedy in our prayers.’

Cook County Judge Arthur Wesley Willis said: ‘This is a horrible event for everyone involved. I do believe he is devastated. The family is devastated as well.’