Charisma the alpaca has been stolen from a Dairy Flat property

Charisma the alpaca has been stolen – and police are asking for the help of the public to help find him.

Charisma’s brother Bambi is blind and needs his help navigating the paddock which they live in.

Charisma was stolen from a Dairy Flat property on March 12.

Charisma the alpaca (pictured) was taken from a Dairy Flat, New Zealand, property on March 12 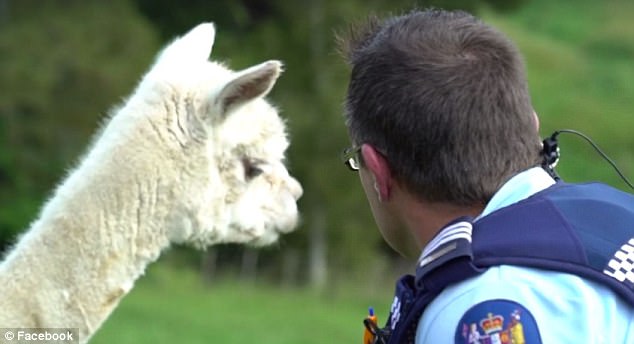 Charisma’s brother, Bambi (pictured), is blind and needs his brother’s help to navigate the paddock

He was taken during the night.

Officers attached to the North Shore, Rodney and West Auckland Police have released a video to help in their call for public information.

In the video an officer attempts to guide Bambi but doesn’t get a response from the alpaca.

Many of the video’s comments urged the thief to give Charisma back, with one saying ‘it is never too late to do the right thing’.