Charity shop worker, 65, forced a 74-year-old to act as her slave

Inside the house where a Champagne-hoarding charity shop worker, 65, forced a 74-year-old to act as her slave so she could steal her money as she is jailed for four years

Maria Miller, 65, of Chingford, East London, has been jailed for modern slavery offences

A charity shop worker who forced a vulnerable 74-year-old woman to act as her slave so she could steal her money was today jailed for four years.

Maria Miller, 65, convinced the woman to move into her £400,000 home in Chingford, East London, where she made her sleep on the floor.

The woman was also forced to weed the garden and clear out animal shelters in exchange for meals or coming back inside the semi-detached house.

This meant the victim, who had learning difficulties, was often left outside the house working until late at night.

Miller was jailed at Snaresbrook Crown Court today after being convicted of two counts of holding another in slavery or servitude and one count of theft.

Photographs released by Scotland Yard from inside her home today showed a lavish-looking dining room, a messy bedroom and a collection of Champagne bottles. 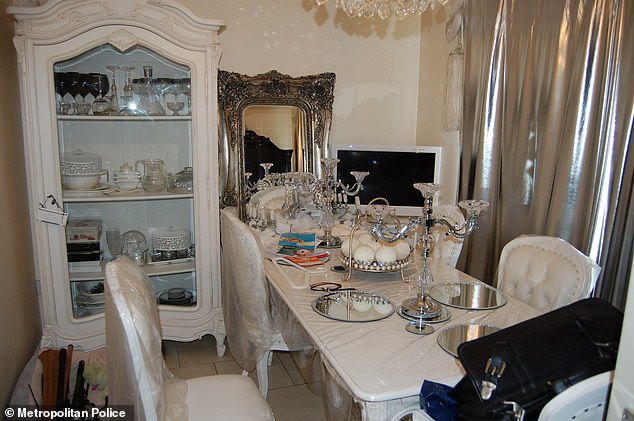 Inside Miller’s £400,000 home in Chingford, where the victim was forced to sleep on the floor

Miller first met the woman outside a pet shop and asked her to volunteer in a charity shop where she worked. In 2012 she persuaded her to move into her home address.

She forced her victim to carry out various tasks and also took control of her bank account, as well as becoming executor and sole trustee in her will.

She also tried to persuade her to sell a property she owned, as well as refusing her access to a mobile phone, money or her own pension.

Miller often refused to provide her with meals for days, as well as forcing her to sleep on the floor or in an outhouse, which saw her lose a significant amount of weight. 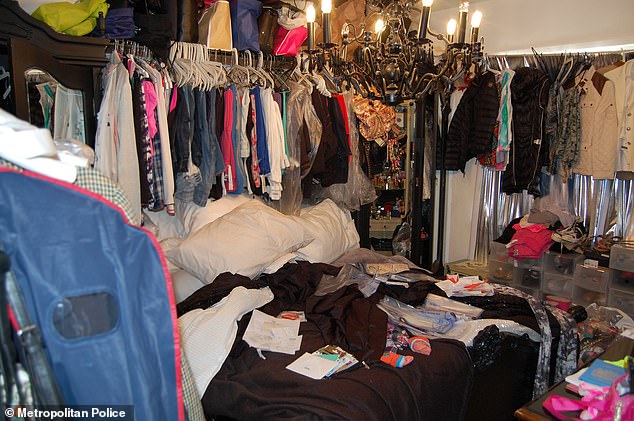 Miller forced the woman to carry out various tasks at her home in Chingford, which is pictured

The victim eventually managed to run away from the house in June 2016 and reported the abuse to police, who began an investigation. 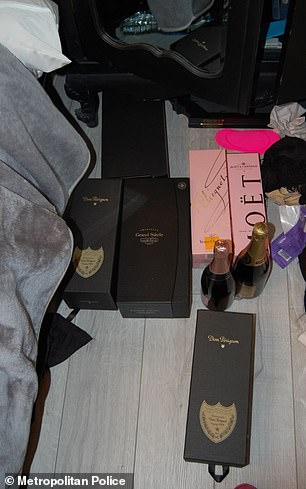 Miller was arrested one month on and released on bail, before being charged more than two years later on November 16, 2018. She was convicted on June 21.

Detective Sergeant James Earle, who led the investigation, said: ‘Miller targeted one of society’s most vulnerable and the sentence received today reflects the gravity of her actions.

‘This was a long and challenging investigation but we are pleased that Miller has now been brought to justice.

‘We know that the victim will never forget the years she spent in constant fear but we hope that she has some closure now Miller is behind bars.

‘Her bravery in coming forward to police and reliving some of the worst experiences of her life in court is testament to her strength of character and we hope this sends out a message that the Met will seek to bring the strongest charges for such shocking criminal conduct where appropriate.’ 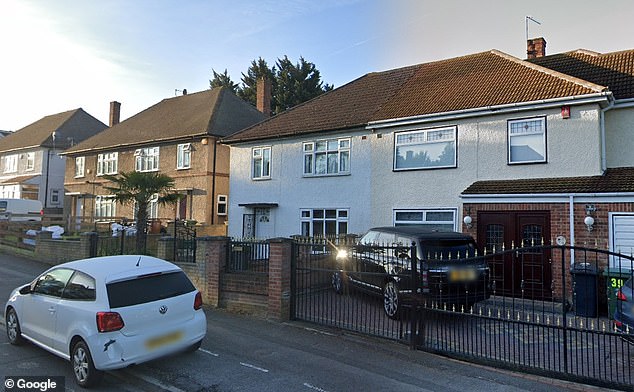 The exterior of the home in Chingford (centre, white) where the woman was kept as a slave