Charles Dance, 73, and his new girlfriend, 53, enjoy a romantic stroll in Venice

Charles Dance, 73, and his new Italian film producer girlfriend, 53, enjoy a romantic stroll in Venice after THAT steamy kiss

Charles Dance and his new Italian film producer girlfriend enjoyed a romantic walk in Venice on Friday, a day after they passionately kissed one another in the sea.

The Game Of Thrones star, 73, cut a casual figure, while Alessandra Masi looked lovely in a blue floral minidress.

The couple appeared in the throes of love as they strolled through the city and stopped off at an ice cream parlour.

Loved-up: Charles Dance and his new Italian film producer girlfriend enjoyed a romantic walk in Venice on Friday, a day after they passionately kissed one another in the sea

Charles and Alessandra met in 2018 when he acted in art movie The Book Of Vision, which opened at the Venice film festival on Thursday. Miss Masi was the unit production manager and the film was principally shot in Italy.

Perhaps significantly, she has been hired to work on his next film The Inn At The Edge of the World, an adaptation of the Alice Thomas Ellis book about an unrelated group who answer an advert and go to a remote Scottish island to escape Christmas.

Dance will direct as well as star in that film, alongside Joanna Lumley and Freddie Fox. 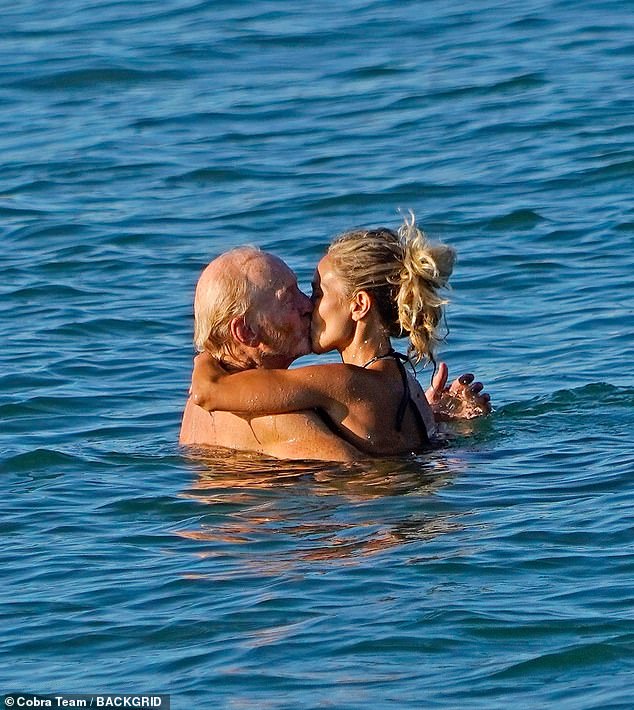 Mwah: Charles went public with his romance with Alessandra on Thursday, as they were pictured passionately kissing in the sea 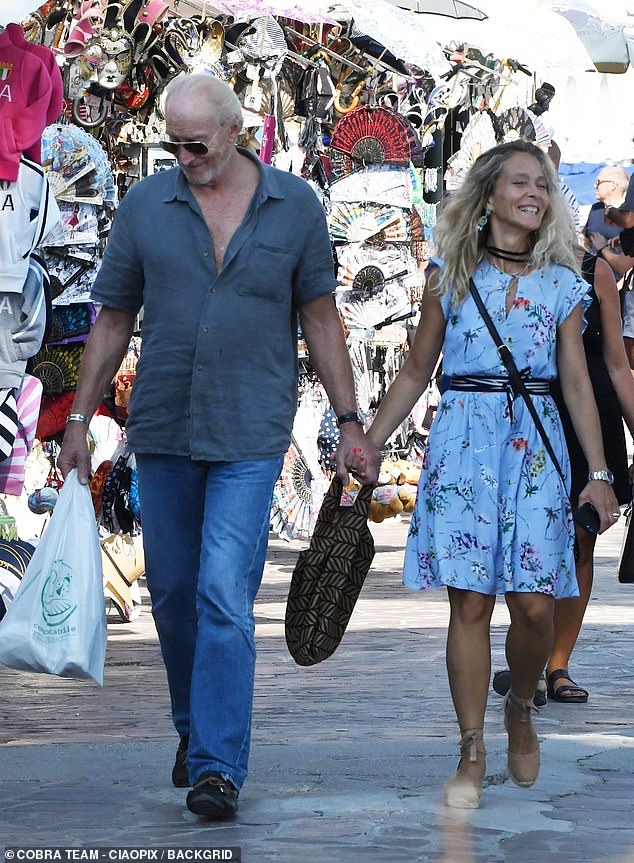 Besotted: The couple appeared in the throes of love as they strolled through the city and stopped off at an ice cream parlour

A friend of his confirmed that he had recently mentioned a ‘new Italian girlfriend’, although there was no response from his agents yesterday.

Miss Masi, who comes from Bologna, has a degree in film from Bologna University and has been working in the movies for nearly three decades.

In an interview last year Dance – who plays Lord Mountbatten in The Crown – said the end of his marriage had been a matter of great sadness. ‘I regret that the marriage ended; it was largely my fault. But sensibly, we’re now the best of friends,’ he said.

He told another interviewer that he had not been ‘the greatest husband in the world’ to Jo, whom he met when he was 19.

Before their split was announced he was linked to actress Emilia Fox. Then came a relationship with actress Sophia Myles, 33 years his junior; they dated from 2003 to 2005.

Next he dated model Shambhala Marthe, 26 years his junior, whom he met in a fruit and veg market. She was succeeded in his affections by painter Eleanor Boorman, by whom he had a daughter, Rose, when he was 65.

Miss Boorman is 25 years his junior and they split in 2012 soon after the baby arrived.

He told an interviewer in 2019 that he likes ‘beautiful women’ and added: ‘I like independence, I like strong women, women who survive and thrive in what is still a male-dominated world in most professions. I think that description fits my ex-wife and my former fiancee, Eleanor.’