Michael Fawcett proved so indispensable to Prince Charles that he is said to have squeezed the royal toothpaste on to HRH’s brush.

Now, the controversial former valet has cemented his place next to the heir to the throne by being made a director of Charles’s company, A.G. Carrick Ltd.

‘If anyone doubted Michael’s importance to His Royal Highness, this is his response,’ a courtier claims. ‘Michael is probably the most influential person in the Prince’s life — and that includes the Duchess of Cornwall.’

Documents filed at Companies House disclose that Fawcett was appointed earlier this month as a director of A.G. Carrick, which Charles set up to sell goods such as £60 stuffed corgi toys and £65 cushions emblazoned with the motto God Save The Queen at his Highgrove shops. Fawcett’s occupation is listed as ‘events manager’.

A.G. Carrick is named after the pseudonym the Prince uses to sign his watercolours and the company recorded a turnover of £4.26 million in 2016.

Fawcett, 54, resigned not once but twice from the Royal Household. In 1998, when a number of the Prince’s staff complained to Charles of Fawcett’s bullying attitude, he duly resigned. But within a week, he was not only reinstated, but promoted.

Then in 2003, he was forced out as a senior valet when an inquiry found he had sold off gifts on Charles’s orders. However, he was retained as a highly paid ‘consultant’.

In January, I revealed that the Dumfries House Trust, a charity set up to run Charles’s Palladian pile in Ayrshire, had paid Fawcett a staggering £245,000 in the past year. The trust even handed £16,000 to the company run by Fawcett’s son.

Last year, this newspaper revealed that businessmen had been asked to pay up to £100,000 each to be entertained by Charles at Dumfries House.

The Prince’s office said the letter sent to donors demanding cash to attend one of Charles’s charity functions had been ‘erroneously’ sent out by a ‘third party’ without their knowledge and steps were immediately taken to ensure that it never happened again.

Fawcett was previously a director of A.G. Carrick, but left in 2013. Yesterday, a Clarence House spokesman confirmed his new appointment, but declined to comment further.

Jude Law is known almost as much for his lady-killing as his acting skills. 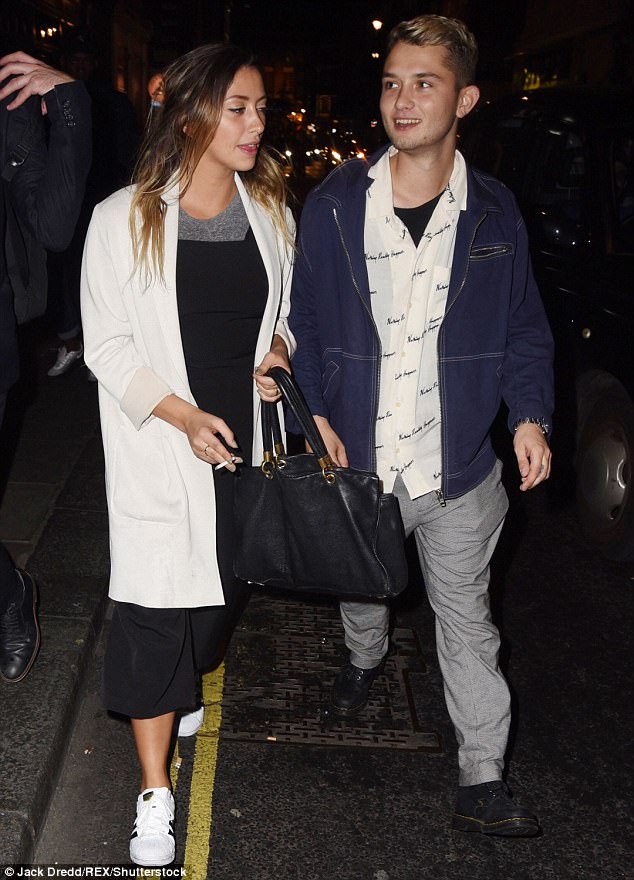 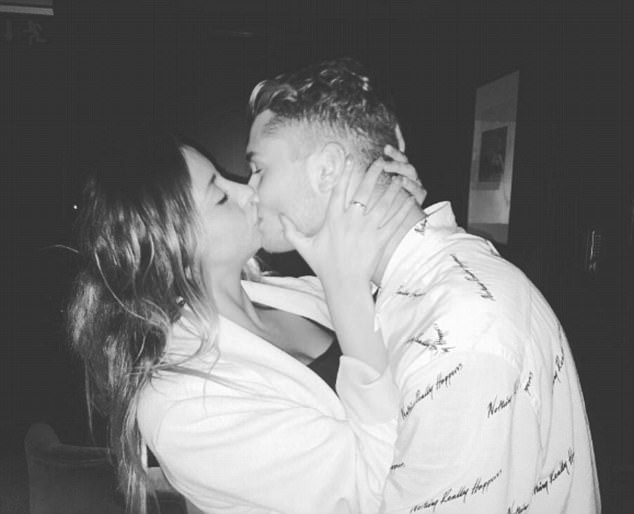 Rafferty, whose mother is Jude’s ex-wife Sadie Frost, wrote next to this snap: ‘Smooooch’

Model and aspiring DJ Rafferty, who turns 21 next week, has shared this picture of himself passionately kissing his glamorous new girlfriend, Clementine Linieres.

Rafferty, whose mother is Jude’s ex-wife Sadie Frost, wrote next to the snap: ‘Smooooch.’ What a poet.

Lovejoy bids farewell to the wife he ‘never saw’

Lovejoy star Ian McShane has enjoyed worldwide success late in his career, with roles in hit TV western Deadwood and Hollywood series Pirates Of The Caribbean.

But the 74-year-old actor is mourning the first of his three wives, Suzan Farmer, who has died aged 75.

Introduced to McShane by his friend, the Manchester United ace George Best, Suzan was a star of Hammer horror films and went on to play Ken Barlow’s girlfriend in Coronation Street.

The sister of former Tory Party treasurer Michael Farmer, her marriage to McShane hit the rocks because of his hard-partying and womanising.

‘My first wife was delightful, but I never saw her for two years,’ he later admitted. ‘It was the Sixties.’

Mick, Keith: This way to the stage

Back in the Swinging Sixties, Mick Jagger, now 74, and Keith Richards, 73, were pursued by hordes of young women from concert to concert.

These days, the only ones doing any following are their daughters who lend them some much-needed assistance at Rolling Stones gigs. 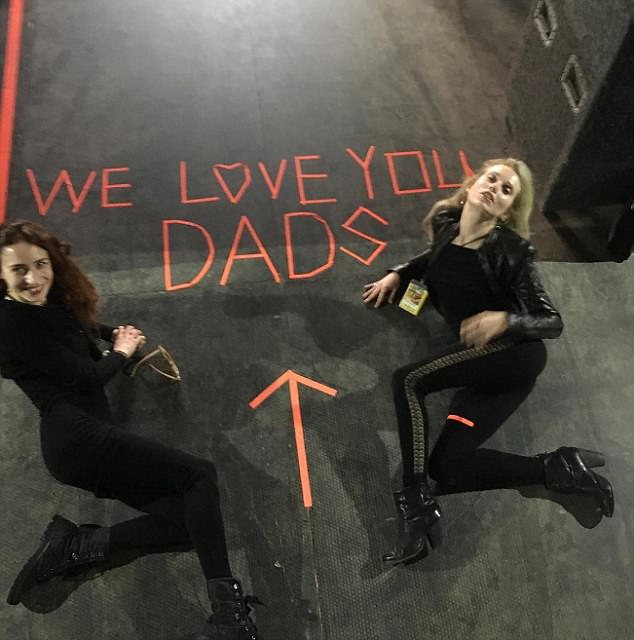 Sharing this photograph with her fans, Lizzy, pictured right, joked: ‘This way to the stage, Dads . . .’

The pair helpfully used bright orange sticky tape to guide their fathers to the stage. ‘We love you, Dads,’ they wrote above a large arrow.

Sharing this photograph with her fans, Lizzy joked: ‘This way to the stage, Dads . . .’