She plays an overweight and overwhelmed mother in her new film Tully which hits theaters next month.

And after gaining a whopping 50 pounds for the role, Charlize Theron has revealed she was left feeling depressed after embarking on a fatty diet and new lifestyle which saw her gorging on mac and cheese at 2am.

‘I wanted to feel what this woman felt, and I think that was a way for me to get closer to her and get into that mindset,’ the 42-year-old star told Entertainment Tonight.

‘I was not that fun to be around’: Charlize Theron has revealed gaining 50 pounds for her role in soon to be released drama Tully left her depressed 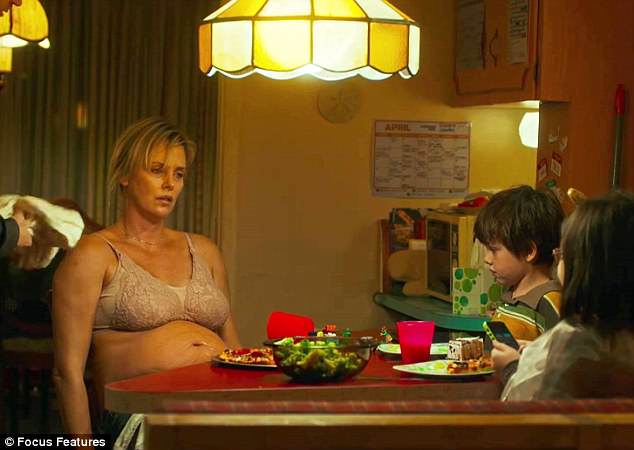 ‘You know, it was a huge surprise to me. I got hit in the face pretty hard with depression. Yeah, for the first time in my life I was eating so much processed foods and I drank way too much sugar. I was not that fun to be around on this film.’

Charlize said she had to eat around the clock to keep the weight on and would even eat In-N-Out burgers and milkshakes for breakfast.

‘The first three weeks are always fun because you’re just like a kid in a candy store. And then after three weeks, it’s not fun anymore. Like, all of a sudden you’re just done eating that amount and then it becomes a job,

The actress explained that she’d have food ready by her bed for midnight snacks, including a cup of cold macaroni and cheese.

‘I remember having to set my alarm in the middle of the night in order to just maintain [the weight].’ she revealed. 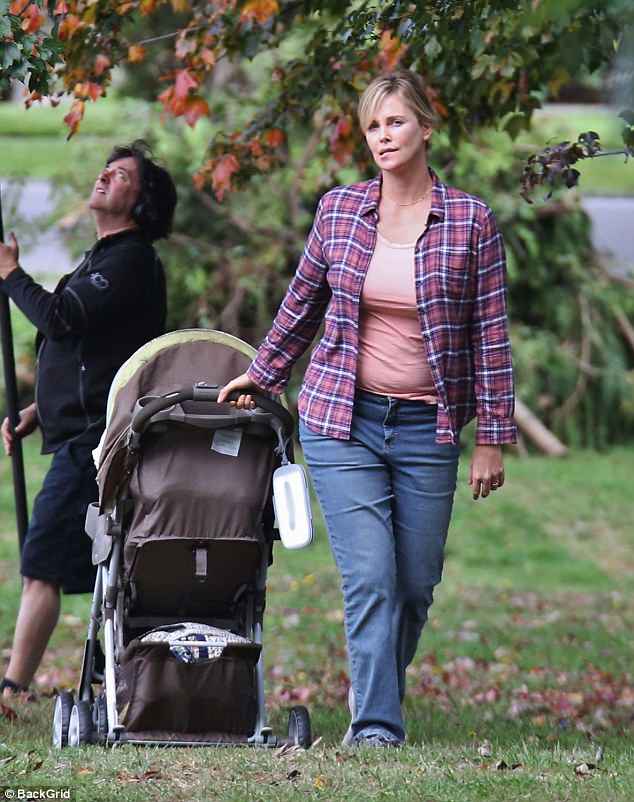 ‘I wanted to feel what this woman felt, and I think that was a way for me to get closer to her and get into that mindset,’ the 42-year-old star told Entertainment Tonight. Charlize is pictured on set in September 2016

‘I would wake up and I would just eat it … I would just, like, shove it in my throat. It’s hard to maintain that weight.’

The Oscar-winning star, who is mom to Jackson, six, and August, two, revealed her weight gain confused her kids as they both thought she was pregnant at one point, with her youngest ‘convinced that I had a baby in my belly,’.

As for when it came time to shed the weight, Charlize admitted it took a year and a half and was ‘hell’. 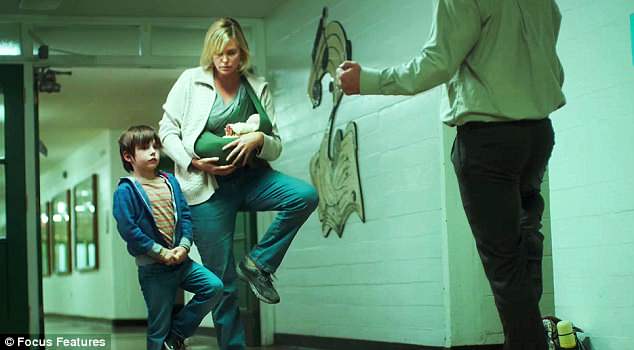 ‘My little one was convinced that I had a baby in my belly,’ the South African born beauty said her two children were convinced she was pregnant

‘I was worried. I was like, this is taking a really long time,’ she said. ‘Because on Monster, I just didn’t snack for five days and I was fine. You know your body at 27 is a little different than your body at 43, and my doctor made sure to make me very aware of that. Like, you are 42, calm down, you’re not dying, all good.’

In Tully Charlize plays Marlo, a mother of three including a newborn, who is gifted a night nanny by her brother.

Hesitant to the extravagance at first, Marlo comes to form a unique bond with the thoughtful, surprising, and sometimes challenging young nanny named Tully. 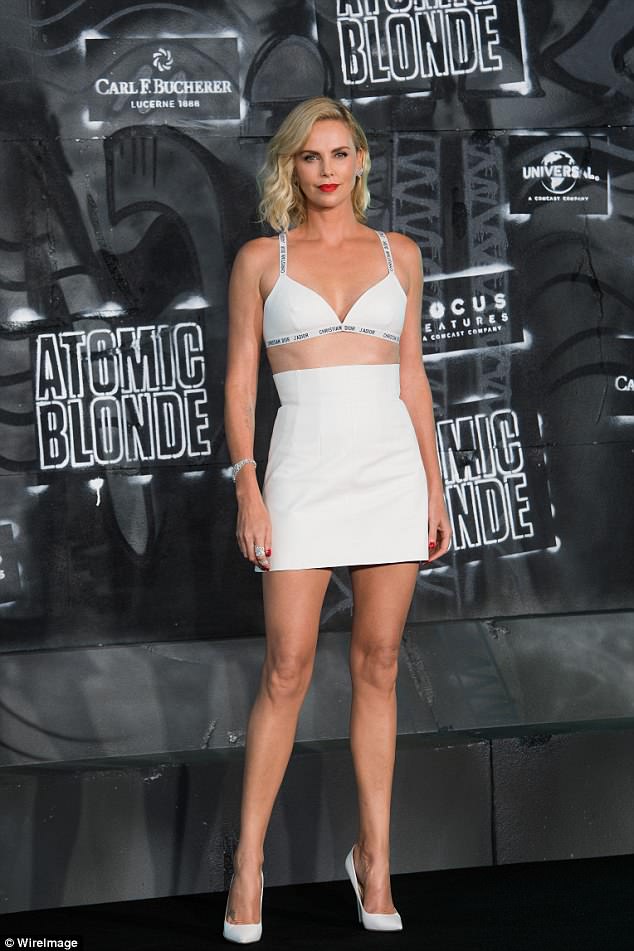 ‘I was worried’: The actress said it took a lot longer for her to lose the weight than what she expected. She is pictured in July 2017 after dropping the pounds