Charlotte Crosby took to Instagram on Thursday night to pay tribute to her ‘little nana’ Jean, who has passed away.

The former Geordie Shore star, 32, claimed she was ‘heartbroken’ following the death of her ‘brave’ grandparent, as she shared a sweet video montage.

It comes after she welcomed her first child, Alba Jean, to the world via Caesarean-section last month, who she named after her relative.

‘My world will never be the same again’: ‘Heartbroken’ Charlotte Crosby took to Instagram on Thursday night to pay tribute to her ‘little nana’ Jean following her death

In the caption of her latest post, she wrote: ‘My little nana Jean ❤️ Heartbroken doesn’t come close to how I’m feeling. The love of my life and the light of my life.’

‘From a little girl until now I have adored every inch of you. My brave strong nana. My beautiful nana. You were there when I entered the world and I was there when you took your last breath and left ❤️

‘I don’t think my world will ever be the same without you. I named my daughter after you for a reason nana I don’t think you will ever truly know how much I loved and adored you and still do. 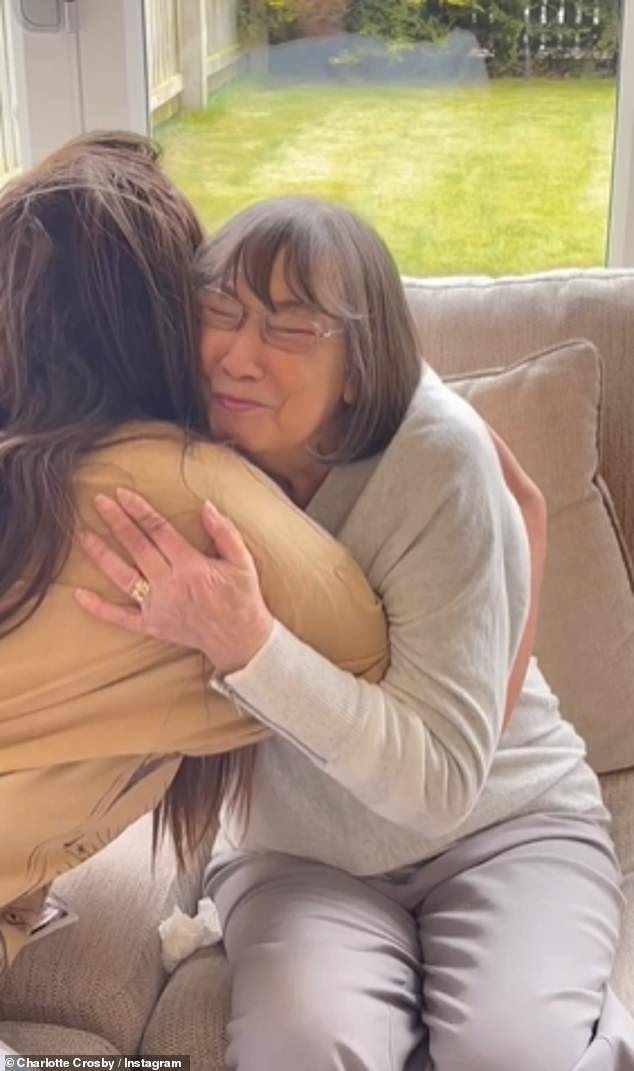 Family: The former Geordie Shore star, 32, claimed she was ‘heartbroken’ following the death of her ‘brave’ grandparent, as she shared a sweet video montage

‘What I would give for one more day one more hour with you even. I miss you nana I hope to see you again one day because I already yearn to hear you say ‘hello my darling’ when I walk in to see you ❤️

‘Please hold your loved ones tight because life is truly truly precious.’

It comes after Charlotte sparked worry among fans as she asked them to pray for Jean during a recent trip to hospital to see her relative.

The reason for her treatment wasn’t disclosed, however she did write: ‘Another trip to the hospital. Kinda feel like I’ve spent more time in hospitals this year then my own home. 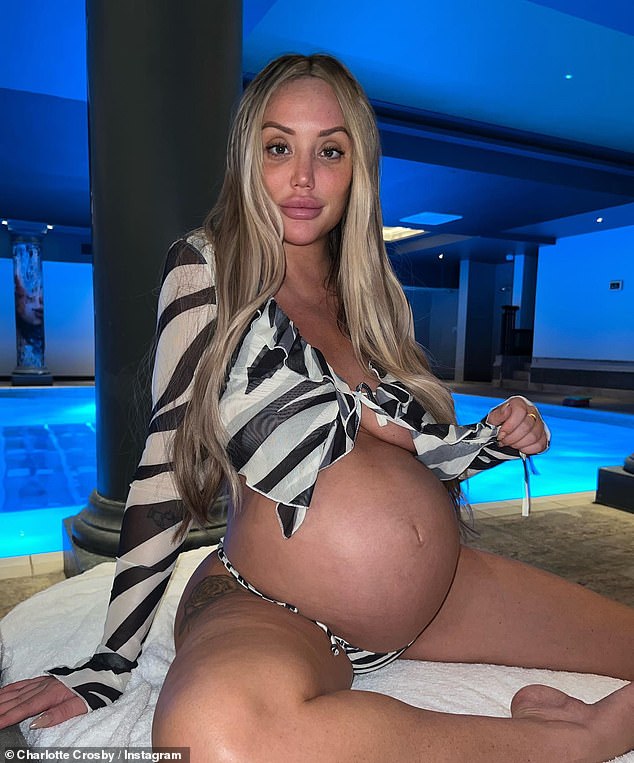 New mum: It comes after she welcomed her first child, Alba Jean, to the world via Caesarean-section last month, who she named after her relative

Charlotte revealed she was expecting her first child in May with beau Jake, who she has been dating for one year.

The star previously told how she decided to start trying for a baby in December 2021, not long after the pair started their relationship.

The couple then decided to stop trying, realising it was quite soon into their romance to welcome a child, and bought ovulation sticks to refrain from having sex on her fertile days.

But then in February on Valentine’s Day, Charlotte found it strange when she wasn’t in the mood to drink or have sex during a surprise romantic getaway to a swanky London hotel. She then realised she was pregnant.

Charlotte revealed the happy news on YouTube back in May as she shared a clip of the moment she found out while in a bathroom.

The reality star recorded herself as she looked at her test result for the first time which was positive in the emotional video.

The new mum looked completely gobsmacked as she stood in her bathroom holding her hand to her mouth.

In the clip, Charlotte could be seen pacing around before calling her boyfriend Jake to come into the room who looked completely surprised.

She captioned the post: ‘A moment I wasn’t sure would ever be mine is here, it’s mine (and Jake’s) and I couldn’t be happier to be sharing it with you all……I’m having a baby.’ 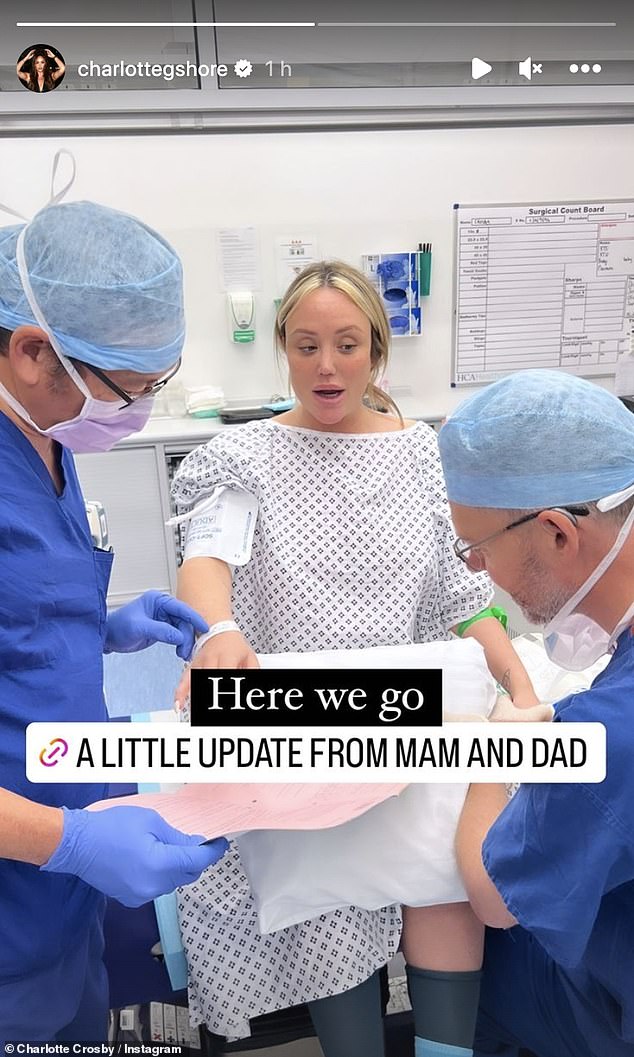 Following having a baby scan during a Dubai getaway the influencer said she had been ‘nervous’ following her ectopic pregnancy in 2016 – after falling pregnant by her ex-boyfriend Gaz Beadle.

For her gender reveal party, Charlotte and Jake threw a lavish party at the Vermont Hotel’s rooftop bar in Newcastle.

She spared no expense, with the location boasting a delicious looking doughnut wall and a board for gender predictions.

Charlotte revealed her baby’s gender by enlisting the help of a skywriter to draw a heart in the sky.

It later flew back round to draw the letter ‘G’ in water vapour in the clear blue sky. 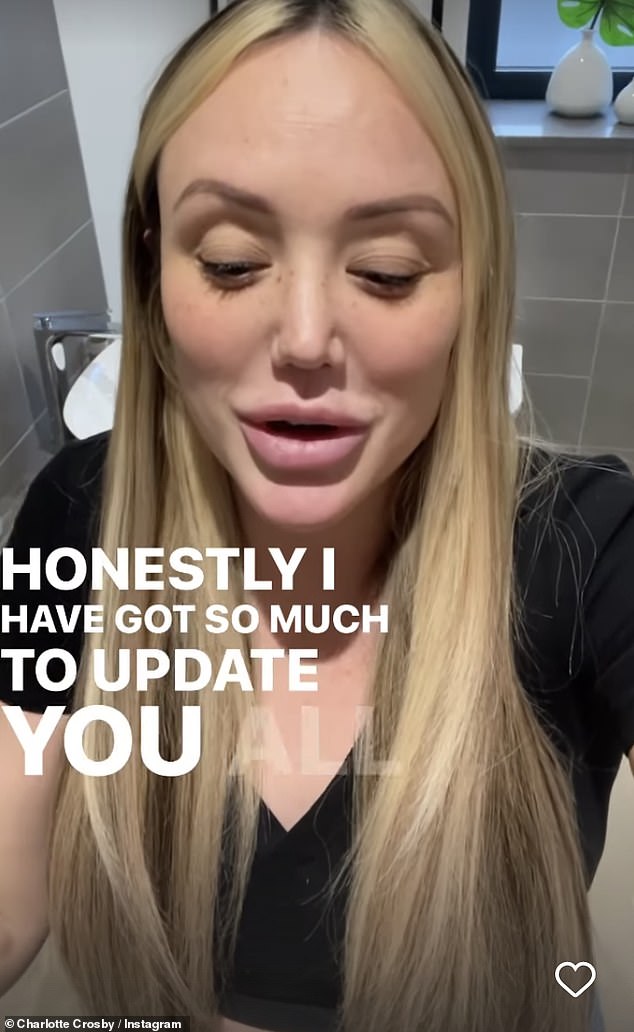 ‘I’m so in love’: Charlotte got emotional on Sunday as she returned to social media after welcoming her baby daughter

As the letter became clear, pink confetti was launched from a cannon above Charlotte, Jake and their friends.

Last week, Charlotte’s father Gary was every inch the doting grandfather as he babysat her newborn daughter Alba Jean for the first time.

Gary shared with fans the very first look at Alba Jean’s face, which had previously been kept off social media.

‘Getting the old skills back Pop-Pop #Granddaughter,’ his sweet post was captioned.

In the sweet image, Gary posed up for a selfie while cradling the newborn on his chest. 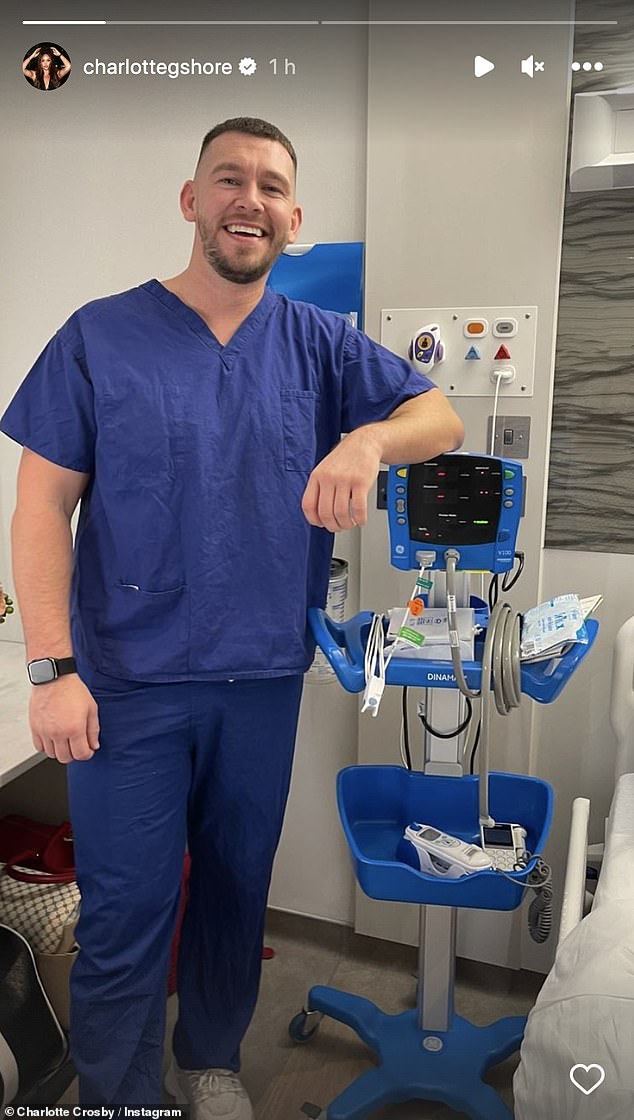 Sweet: While the reality star then confirmed it herself with a slew of sweet snaps, showing her and Jake in hospital as they awaited the arrival of their bundle of joy

Underneath, Charlotte’s mother Letitia Crosby, who is bravely battling breast cancer, said she was jealous he got to babysit the tiny tot first.

‘Cannot believe you got first babysitting duties if I [am] honest but we knew she was in good hands,’ she wrote.

However she soon got to hold the newborn, with Charlotte sharing a sweet picture of her mother cradling the tiny tot.

She took to Instagram earlier this month to share her first video of the tot as she settled into life as a new mum.

The reality star tenderly her baby daughter’s tiny hands and feet declaring them ‘details she will always remember’.

The Geordie Shore star also lovingly brushed her hand against her daughter’s dark hair as she made the most of every moment since her arrival last month.

Baby Alba was dressed in a striped baby grow and Charlotte opted not to show her face to the camera.

She captioned the sweet clip: ‘I love you so much Alba Jeanie’. 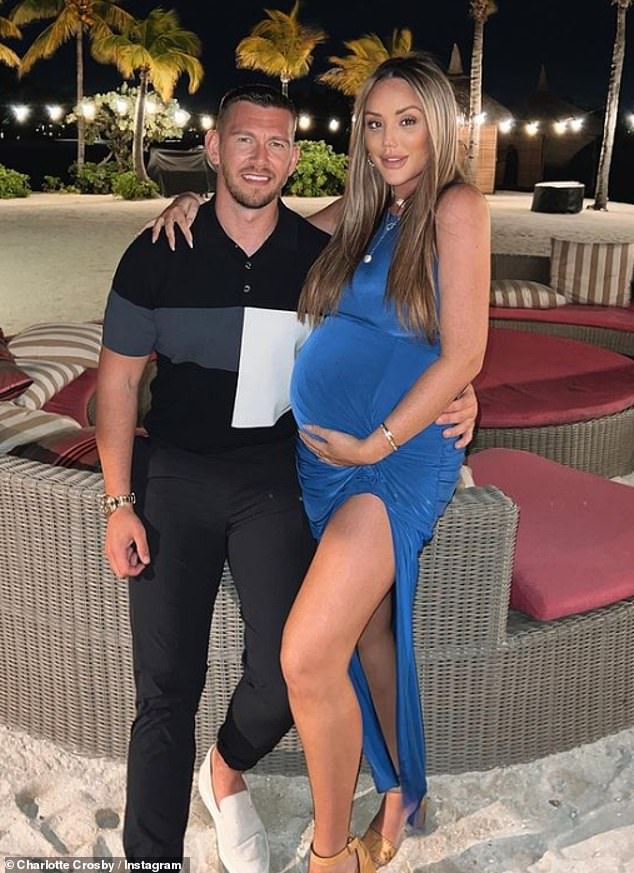 Loved up: Charlotte revealed she was expecting her first child in May with beau Jake, who she has been dating for one year