Units have gone on sale in inner Sydney for as little as $150,000, blowing away the impression that you need to be a millionaire to own property in Australia’s biggest city.

Several agents have dozens of micro units, usually very modest studios, for sale near the CBD for under $300,000 – a pricetag that seems like it comes from the distant past.

However the micro-apartments were very much outliers in the Sydney property market, as the 2020 median price of a one-bedroom unit in the city was $737,500 according to realestate.com.au.

The fine print also shows that many of the apartments are in buildings, such as 185 Broadway, which are restricted to students.

That meant the only possible buyers are full-time students or private investors who rent the units to students.

One of the Ultimo loft-bedroom studio units for sale at $175,000 by Kho & Lee Property Group 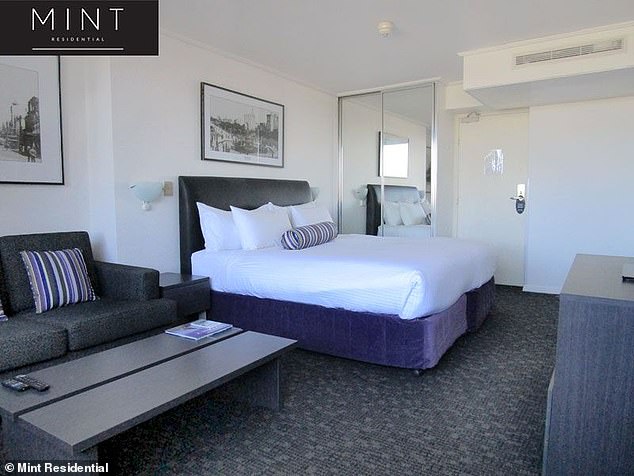 38 College Street Darlinghurst is for sale for $299,000 by Mint Residential 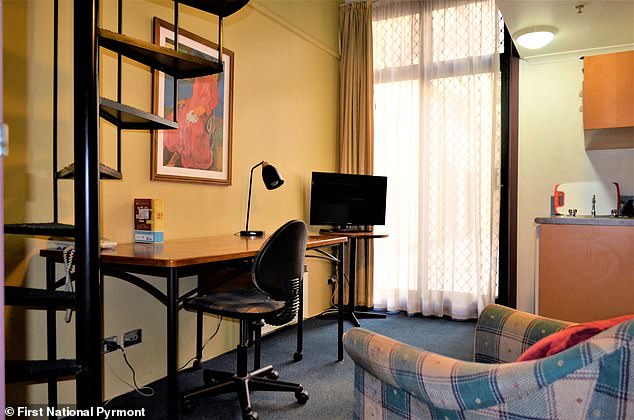 Ultra-cheap units for sale at Ultimo can only be lived in by students, such as this one, on the market for $200,000 with First National Pyrmont

Although the units are small, many have modern bathrooms and kitchenettes and smart loft bedrooms.

But in order to buy at such low prices, Kho says buyers need to make a few sacrifices.

For a start, you can forget about a view or a car space, but that’s just the start.

“Most have a shared laundry and you have to share if you want to use a full kitchen. You will also be sacrificing external space – most have no balconies or external living space.’ 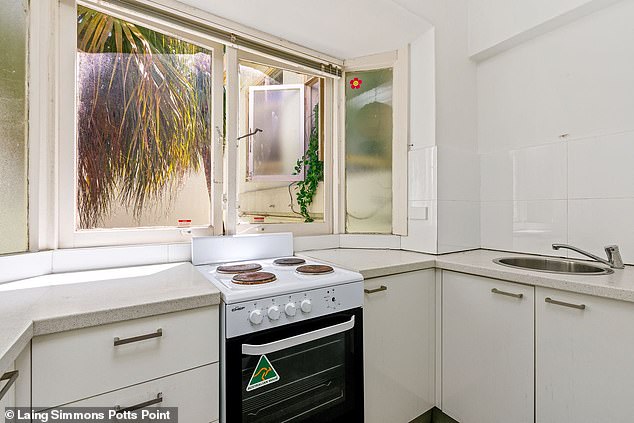 The kitchen at 251-255 Darlinghurst Road, Darlinghurst, which is listed starting at $270,000 by Laing + Simmons, Potts Point 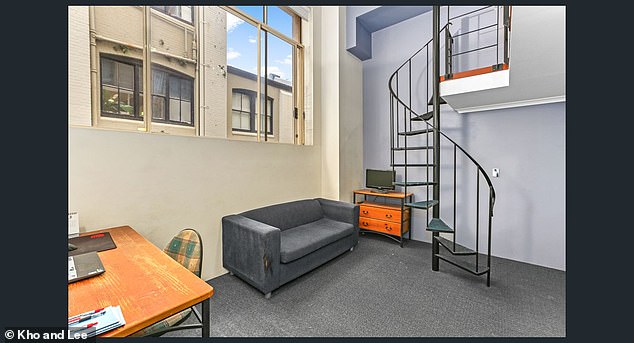 The downstairs of a loft-style unit for sale for $240,000 at Ultimo

Agents also have units for sale below the $300,000 mark across the inner city which do not have to be occupied by students.

While they do not share amenities, most are ‘cosy’ at been 30 and 45 square metres.

‘Apartments under $300,000 are very difficult to find. Often they are tiny, totally unrenovated or offer no street outlook,’ Nuri Shik of Laing and Simmons-Potts Point told realestate.com.au.

Michael Grigoriadis, a real estate agent from First National at Pyrmont, adds that buyers can expect to pay a much higher percentage of the sale price as a deposit than for larger units.

‘Usually big four banks won’t look at lending you 80 per cent of the money for a home of less than about 35 square metres,’ he told Daily Mail Australia.

‘The bank’s valuer goes to look at it and if you don’t have 50 per cent deposit it wont happen, it’s just one of those things.

‘Their computers say ‘no’. They don’t like small homes.’

‘Your best way to buy it is you have security somewhere else from another property, or at lot of cash, or this is superannuation.’

But Kho confirmed that buyers of small units need to already have a big proportion of the sale price. ‘Typically finance is limited from lenders for these properties.’

Kho said the market of student-friendly accommodation for sale hadn’t been damaged by Covid; she said the pandemic had a much bigger impact on students rentals.