Cheap mortgage rates: Should you always choose the cheapest deal?

Applying for a mortgage can be time-consuming, nerve-wracking and at times, utterly confusing.

There are mortgages that stay the same rate and others that move when the Bank of England changes the base rate; there are others still that lenders can change even if the Bank does nothing.

And that’s just the type of mortgage. There are also hundreds of banks and building societies in the UK claiming to want to give you a mortgage, but when the chips are down, applications can mysteriously get bogged down in a mire of paperwork, only to morph into a rejection weeks later.

The resulting delays can sometimes cost aspiring borrowers their dream home, alternatively the emotional and mental effects of failing to secure a remortgage quickly enough to avoid a jump in payments can be traumatic.

It’s perhaps little surprise, then, that the vast majority of us opt to use a mortgage broker to deal with this myriad of choice, assessing who we are and what we want to do and then telling us, this is the one you want.

For the most part, borrowers are grateful to their broker when the papers are finally signed and the money transferred.

And with the whole process averaging around three months from application to completion, it’s easy to see why getting it over and done with as quickly as possible becomes top priority for many.

That means the speed at which a lender will process your application, whether you are the type of borrower likely to be approved by them, or your property type is one they’re comfortable with become increasingly important considerations.

Good brokers know this. They understand the quirks in each lender and they know how to match borrowers to the best lender for them and their circumstances.

Getting the absolute cheapest deal might not be the overriding factor in their decision on the best deal to go for. Getting you approved is.

So it’s interesting that the financial watchdog has this week come up with a proposal to shine a light onto why brokers sometimes recommend deals that aren’t the cheapest available to borrowers.

The Financial Conduct Authority wants to force mortgage advisers to explain why they’ve chosen to recommend one deal to you, over another similar but cheaper deal.

I think this sounds fair enough – in theory. I would be asking my broker that very question myself and I’d expect a full answer based on some evidence.

However, I know that most people don’t ask, and, I’d question whether they really want to wade through several more pages of product comparisons that they basically don’t understand – nor do they want to.

The issue here is trust, and it’s a critical one.

The need for this to be made a rule by the regulator comes down to whether or not mortgage brokers can be trusted to make the right recommendation.

If they cannot, then the watchdog needs to review its own supervision of the firms it already regulates heavily.

However, there is evidence that some brokers regularly recommend products from just a handful of lenders; sometimes even just two or three.

Does this show an unhealthy bias? Is this about commercial relationships that sit behind the scenes?

Is it the fact that brokers themselves find it hard to know everything there is to know about the several thousand mortgages available on any one day?

Is it laziness, or is it a failure in the technology they rely on to source the right deal for you?

The answer is, that it is a combination of all of these things.

Usually, and especially while interest rates are so low, the difference won’t cost you a lot of money.

Much more detrimental than this is not remortgaging at all and ending up on your existing lender’s variable rate, losing the property you want to buy due to mortgage delays, or picking a two-year fixed rate when a five-year fix would have suited you much better.

The reality is that there are times when you shouldn’t take the cheapest mortgage available to you and when that makes sense. 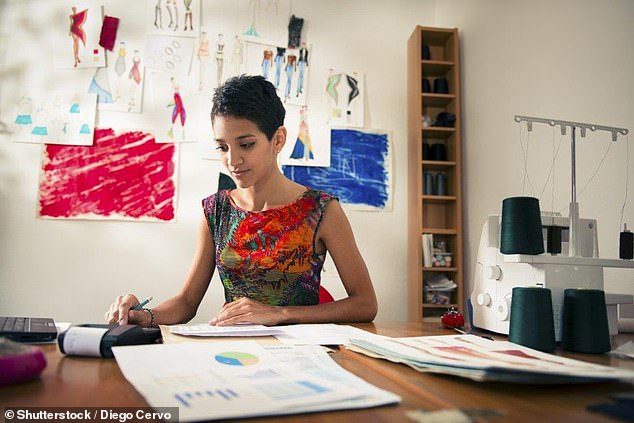 Those with complex incomes, who are self-employed or partially self-employed will already know how limited the choice of lender can be

When not to choose the cheapest deal

If you need to move fast, a lender that will process your application quickly is paramount: £15 extra a month on your mortgage pales in comparison to the cost of an abandoned transaction that could set you back thousands of pounds.

If you have a checkered credit history, you’re unlikely to qualify for the cheapest mortgage rates on the market – even if it looks like you might.

Applying for the cheapest and suffering a rejection puts a mark on your credit file that affects subsequent applications, meaning you might have been approved for the second cheapest on your first application but won’t if it’s your second application.

Those with complex incomes, who are self-employed or partially self-employed will already know how limited the choice of lender can be.

Some lenders claim to offer deals to self-employed borrowers but after application you can discover that you don’t have a long enough accounts history, or you’ve got the wrong paperwork, or the way you’ve structured your assets isn’t suitable for a lender who hasn’t the time to really look at your ability to afford the mortgage in detail.

Whether the FCA’s new plans are brought in remains under consultation, but forcing advisers to explain their decisions in this way is likely to expose some deep structural problems facing the mortgage market today.

These are not going to be solved overnight. Nor are they going to be fixed by the introduction of this rule.