Eager theatre fans waiting in line outside the Star Casino are taking a different sort of gamble this morning with some of them queuing overnight to try and nab cheap tickets to the hottest show in town.

Just ask the people who have camped outside the Sydney Lyric Theatre at the Star Casino trying to buy $20 The Book Of Mormon tickets.

Some people arrived as early as noon on Sunday trying to secure the bargain tickets. 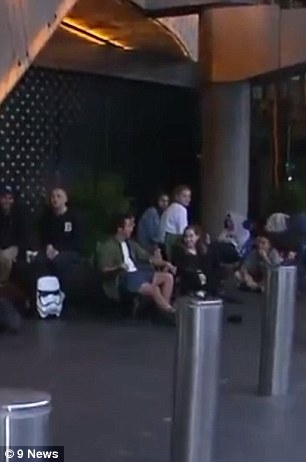 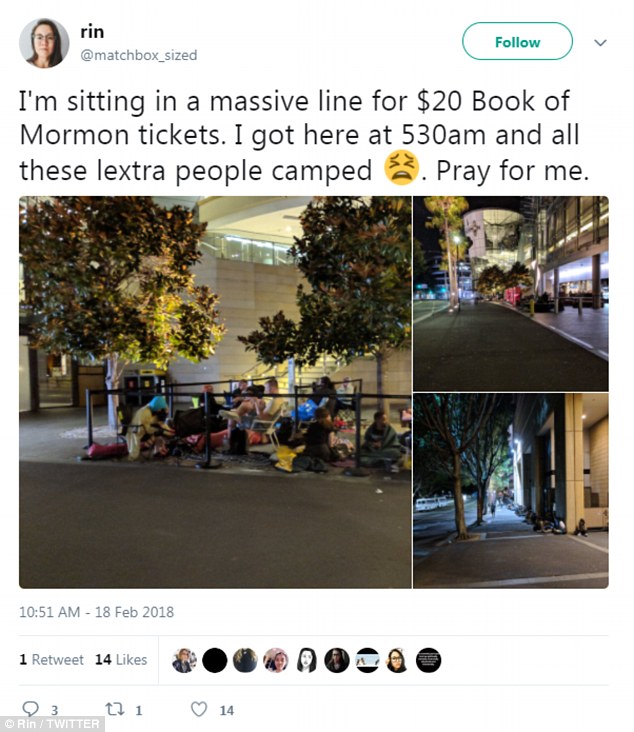 The line goes all the way down the street and around the corner to the next block, according to The Today Show.

The tickets for the show are first come, first served and people were willing to sleep on concrete all night to get their hands on the cheap tickets.

Tickets are limited to two per person to avoid bulk buying and potential scalping issues.

When 1000 theatre fans were in line at 9am people were turned away to avoid waiting for a ticket as only 2000 were available.

Vanessa has been camped out since 7.30pm trying to get tickets to a show she has already seen twice in Melbourne. 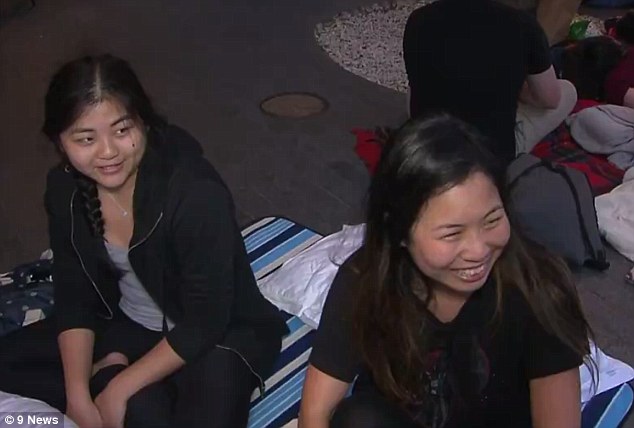 Vanessa camped out since 7.30pm trying to get tickets to The Book Of Mormon for the third time 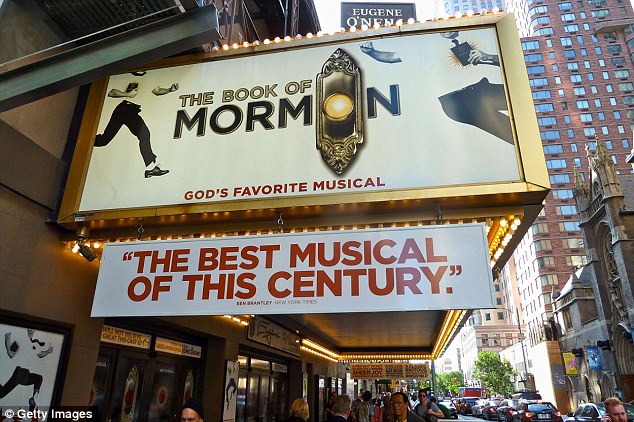 When asked why she wanted to see it again she replied: ‘It was so good. I loved it so much. It was so funny.’

Despite being in the middle of Sydney some people were still asleep.

There were similar scenes in Melbourne last year when tickets went on sale for the same price with people queuing for 18 hours to score $20 tickets.

The Book Of Mormon is about two missionaries who travel to a Ugandan village.

The musical has won nine Tony awards including Best Musical.