The most common reasons people cheat on their partners have been revealed after hundreds of people opened up about their motives for going astray on Reddit.

Some of the common themes included unhappiness and boredom, while others documented a need to boost their self esteem or to exact revenge after their partner cheated first.

FEMAIL takes a closer look at how some men and women have justified their decisions to cheat on their significant others.

Unhappiness was the most common cause of a wandering eye according to the self confessed cheaters.

One man said he just ‘didn’t have the guts to end a terrible relationship or the will to improve it, but I still had sexual and emotional needs’.

‘I was the guy who said I would never cheat, but I guess now I’m no longer that guy,’ another confessed.

‘I was stupid… The only time I did was when I was already on the way out with my current girlfriend. I had mutual confused feelings for another girl and she was also on the outs with her boyfriend.

‘Too many drinks later and we were going at it against a wall. I woke up the next day and broke up with my girlfriend.’

He went on to say that mistake would haunt him forever, but it had taught him a valuable lesson as he moved on with other, healthier relationships.

‘To boost my self esteem’

Other answers were more complex than being bored or unhappy.

Surprisingly, many said they felt the need to cheat to boost their self esteem after they began to feel neglected within their own relationships.

Is there ever an acceptable reason for cheating?

One man in particular explained it was an offhanded comment about his attractiveness during sex with his partner that ultimately led him astray.

‘She had chipped away at my self esteem and confidence for well over a year, and had been breaking up and making up with me whenever it suited her… presumably to get with other guys she liked.

‘So I proved her wrong and got some of my self esteem and confidence back in the process, as pathetic as that sounds,’ he said.

A woman agreed with him, saying she too felt worthless in her long term relationship after she spent years working to shed excess weight only for her partner to show her little affection regardless.

‘I thought cheating was what I needed to get my sex life back.

‘It wasn’t. I recently told my boyfriend what I did and despite my best efforts, I’m pretty certain its what will end our relationship.

‘All I can say is don’t ever do it. You don’t want to be the reason to see the one you love hurting and you’ll just be full of self hatred afterwards. Its not worth it,’ she said. 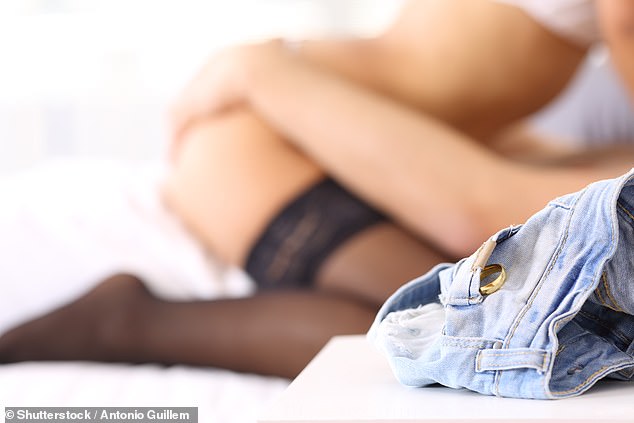 Some of the common themes included unhappiness and boredom, while others documented a need to boost their self esteem or to exact revenge after their partner cheated first

A brutal reality of long term relationships is that in some cases sex falls to the wayside as life gets in the way.

And for one man, enough was enough.

Key signs that you are the other woman or man

* Dates are spontaneous and there are no long-term plans

* Most of your phone calls happen during the day

* You don’t go to venues near their house

* They will react defensively if you question them too much

While the words sound harsh, and may sting to hear, the anonymous figure said he was sharing his story as honestly as he possibly could.

He said boredom often led men – and women – astray, but oftentimes they’d refuse to admit that was the real reason.

‘When we did have sex, she’d just lay there. It wasn’t enjoyable for either of us.

‘On the night in question we were both out separately. I tried to call her after a woman started coming onto me, but she was either rejecting my calls or they were ringing out.

‘So I went back inside to the other woman. Even though I wasn’t happy I still hold major regrets,’ he said.

Similarly, others said their long distance relationships had meant they felt physically isolated from their significant others and generally bored, leading them to explore other options.

In another brutal confession, one man said he cheated on his high school girlfriend because she was abstinent.

Perhaps the most bizarre of all is the amount of people who justified cheating because their significant other did it first.

‘She had an affair first and lied to me about it,’ one man said. ‘I then met a willing and sexually adventurous woman and things happened.’

Another said he knew he got off on the wrong foot because he and his partner ‘entered the relationship under the guise of cheating and lies… she left her fiance of five years for me’.

Meanwhile, another said he hoped by cheating on his partner – who had already cheated on him – they would even the playing field.

‘I was too weak to admit the relationship had failed. I was determined to make it work and thought if I cheated we would be equal and I could move past her infidelity.

‘But I was wrong. She actually broke up with me not long after.’ 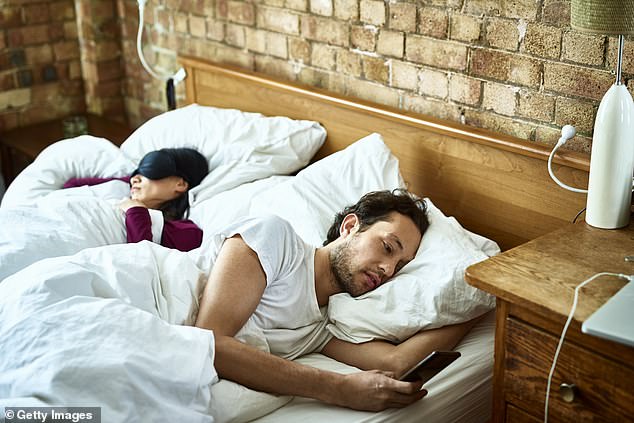 ‘She had an affair first and lied to me about it,’ one man said. ‘I then met a willing and sexually adventurous woman and things happened’

‘My partner asked me to’

Another excuse for cheating – and one that is rarely publicised – was questioned by some as whether it actually should be considered cheating.

But the man involved insisted he still considered it so, considering he had been in a monogamous marriage for 30 years.

‘She urged me to. We’re older and she is now menopausal and has lost her desire.

‘I’m facing the end of my life with multiple brain tumours and just want to enjoy life, so I have the green light from her.

‘But she is my love and casual sex is an oxymoron for me. It is a frustrating situation to be in,’ he said.

All in all, most of the cheaters who contributed had one thing in common – regret.

Whether it be 24 hours later or five years down the track, most said they wished they’d never made the mistake to begin with, or had just left their loveless relationships rather than hurt their significant other further by cheating.

‘I think what it comes down to,’ one person said, ‘is that we’re not all scum bags. Things aren’t always black and white.’