Cheating to win is as old as sport itself but two Chinese pigeon racers took it to modern-day extremes when they hid the birds in milk cartons and hopped on a bullet train during the bird race.

It was no surprise then when their homing pigeons scooped the first four places in the Shanghai Pigeon Association’s annual Grand Prix and total prize money of more than one million yuan (£112,000).

But the pigeons’ rapid times soon raised suspicions and race organisers turned the men in when the scale of the ruse emerged, the state-run Legal Daily reported.

A Chinese worker from the Shanghai Homing Pigeon Association releases pigeons during the 13th national homing pigeon race in Zhengzhou city, central China’s Henan province in 2012. Two men cheated the same race in April 2017 and were each sentenced to three years in jail 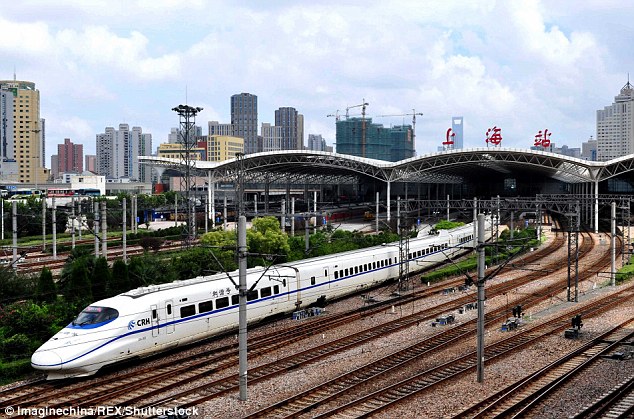 The two men, surnamed Gong and Zhang, attempted to conceal their crime by killing the birds and giving up the prize money, the state newspaper said.

But it was too late and a Shanghai court handed the duo suspended sentences of three years for fraud.

Homing pigeon races are a sport dating back at least to the 1800s. The pigeons are raised in lofts, then taken hundreds of miles away and released. The first pigeon to fly home to its loft wins.

The two men went to great lengths to beat the opposition in the race in April last year from the city of Shangqiu in the province of Henan to Shanghai on China’s east coast, a distance of about 750 kilometres (450 miles). 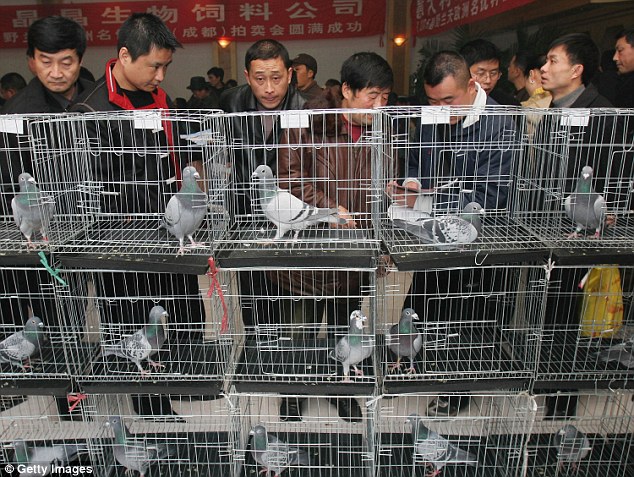 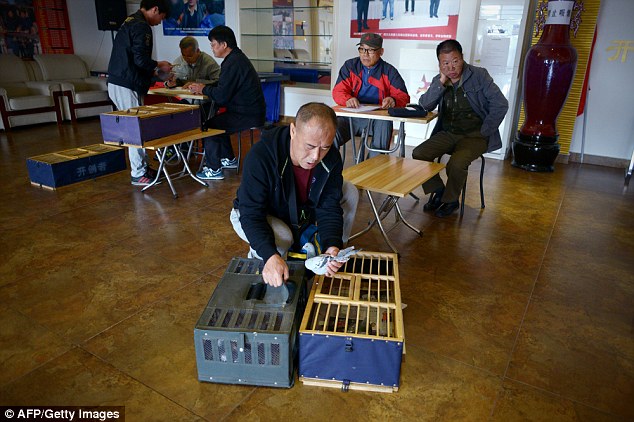 Homing pigeon races are a sport dating back at least to the 1800s. The pigeons are raised in lofts, then taken hundreds of miles away and released. The first pigeon to fly home wins

Gong and Zhang began their nefarious plan a year in advance, raising the pigeons at two feeding points, in Henan and Shanghai, to familiarise the birds with the locations.

After handing the pigeons over to organisers in Henan, rather than flying straight to Shanghai, the birds went to the feeding point elsewhere in the province.

There, they were concealed in milk cartons for the bullet-train ride – as live animals are prohibited on the trains – to Shanghai where they were released to the finish line and first place.

However, the man had released the birds too soon, shattering records for the race.

Gong and Zhang will not serve jail time unless they commit more wrongdoing – forgoing the prize money saved them from time behind bars.

Pigeon racing is popular among older people in China and Shanghai is considered the modern-day home of the sport.

Speeds vary depending on distance, but racing pigeons can fly about 150 kilometres per hour – fast, but not as fast as a bullet train.