Millions of Aussies can get their hands on a $250 cash payment from today – here’s who is eligible?

Millions of Aussies will receive a one-off $250 payment as part of the federal government’s plan to ease cost of living pressures.

More than six million pensioners, carers, veterans, job seekers, eligible self-funded retirees and concession card holders will all be given their payment on Wednesday.

The measure is one of the key components of Treasurer Josh Frydenberg’s fourth budget, which was delivered in March and included plans to help millions of vulnerable Australians struggling to keep up with soaring inflation. 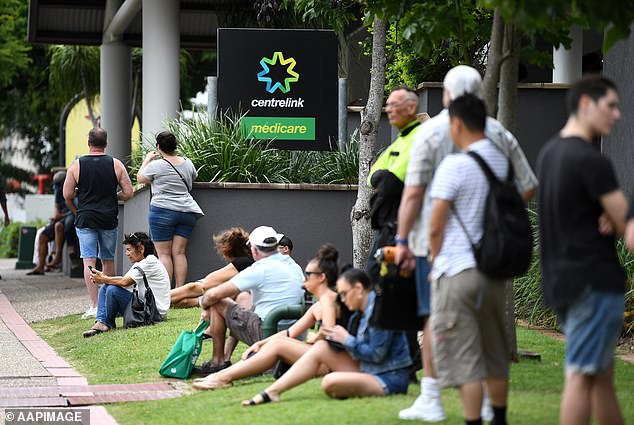 The payments are part of the federal government’s plan to ease cost of living pressures. Pictured: A queue outside Centrelink on the Gold Coast during the Covid crisis

Eligible Australians do not need to apply for the cash splash with the money issued automatically into bank accounts through Services Australia.

Recipients will only receive the $250 once, regardless of whether they’re under the list of vulnerable Australians and also a concession card holder.

Another 10 million Australians will get up to $1,500 back in their next tax return under the government’s pre-election cash-splash Budget which also slashed petrol excise.

The generous handout comes just weeks out from the May 21 federal election.

Labor MPs have accused the Liberal Party government of trying to bride voters before the nation goes to the polls.

Treasurer Frydenberg has brushed off the claims. 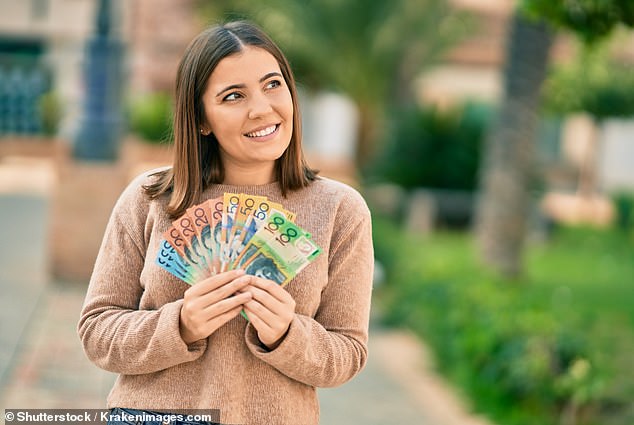 Another 10 million Australians will get up to $1,500 back in their next tax return under the pre-election Budget

‘Today the first batch of the Coalition’s $250 cost of living payments will begin hitting the bank accounts of millions of eligible Australian pensioners, income support recipients, veterans and concession card holders,’ he said.

‘This comes on top of the halving of fuel excise, which has seen fuel prices come down from above $2 per litre to around $1.70 nationally today.’

‘Combined with our previously legislated tax cuts, low and middle income earners will now benefit by up to $1,500 and couples up to $3,000 from 1 July this year.’

Any Australian on the following welfare payments will receive the $250 cash payment on April 28th.

Carer Allowance, but only if you’re not getting another income support payment