Most of those travelling to Europe this summer will be preoccupied with adhering to new Covid restrictions – but holidaymakers are now being urged not to forget the new travel rules introduced after Brexit.

As most have not been abroad since the pandemic hit early last year, only three months after the new Brexit rules came into effect, they may not be aware of the changes to things like health cover, pet travel and driving abroad.

One of the most important rule changes relates to the expiry date on UK passports.

Before Brexit, a UK passport only needed to be valid for the duration of the visit. However, the new rules state that passport holders must have at least six months before expiry to be granted entry.

Worryingly, 35 per cent of passport holders are unaware of these new passport requirements, according to new research from Compare the Market.

Of those whose passports are within date, 29 per cent were due to expire in less than a year, while 11 per cent did not know how long they had until their passport expired.

Its survey also found that 26 per cent of those who checked their passport validity, found they needed to update it because of the new requirements.

Those with outdated passports who are looking to travel this summer may already be out of luck.

The standard service for passport renewal currently takes around ten weeks and costs £75.50 or £85 if using a paper form.

There are fast-track options which can get you a passport in as little as two days, but these can cost more than double the standard fee.

Both cards give travellers the right to access state-provided healthcare during a temporary stay in another EU country. The GHIC is free and can be applied for via the NHS.

The Compare the Market survey showed that 57 per cent of UK adults were unaware of this new rule, whilst 69 per cent are unsure when their EHIC expired, which could lead to problems if they fell ill while abroad. 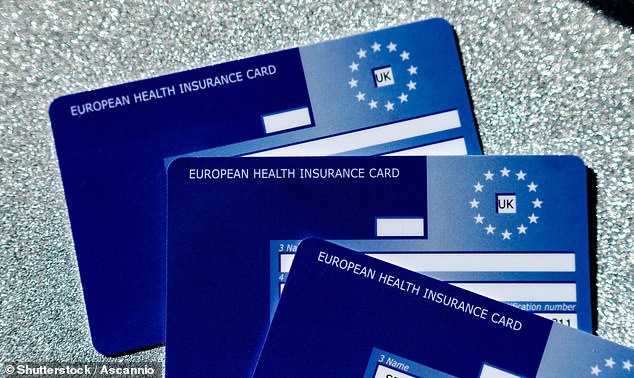 Leaving the EU has also changed the requirements for driving abroad. At present, drivers taking their own cars to the continent now need a GB sticker unless their number plate has a GB on it.

As of 28 September, the GB sticker will need to be changed to a UK one. All drivers will need a sticker to drive abroad, even if they have GB on their number plate.

Another change for travellers to be aware of is mobile phone charges.

As a result of Brexit, phone companies are no longer legally bound to offer ‘roam like at home’ fees, which used to mean that people from the UK could use their phones abroad at no extra cost.

Some 77 per cent of people surveyed had not checked whether their mobile provider has introduced roaming charges – which could see significant costs rack up.

Whilst mobile providers now reserve the right to introduce roaming charges, the majority of networks have made commitments not to.

However, EE has said it will charge those joining the network, or customers upgrading their plan from 7 July 2021, £2 a day to use their allowances in 47 European destinations from January 2022. 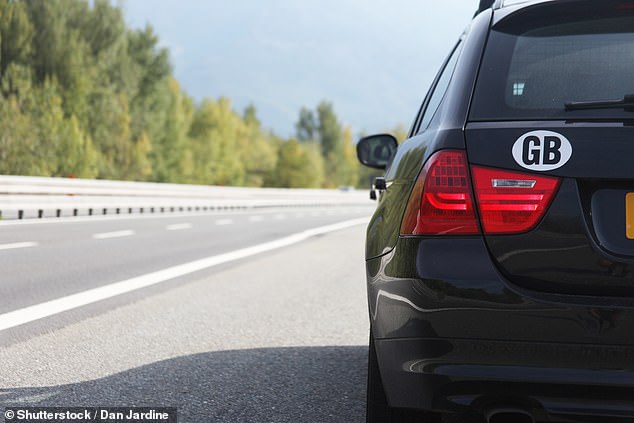 After the end of September, drivers will need to replace GB stickers with a new UK alternative

Brexit also means that pet owners can no longer use pet passports issued in the UK to take cats and dogs to an EU country, and will instead need an animal health certificate (AHC).

However, 56 per cent of pet owners are not aware that these rules have changed.

To get an AHC, pet owners must take their pet to the vet and will need to do this no more than 10 days before travelling.

Aside from an AHC, customers will also need a microchip, a valid rabies vaccination and a tapeworm treatment for dogs if travelling directly to Finland, Ireland, Northern Ireland, Norway or Malta.

Chris King, head of travel insurance at Compare the Market, said: ‘For most holidaymakers planning a trip abroad this year, it will be their first since the Brexit transition period ended on 31 December 2020.

‘With new rules and constantly changing restrictions due to the pandemic,  research is key.

‘It is sensible to take out travel insurance before going to Europe or further afield, to make sure you are covered for medical treatment you may need, since this can be extremely costly.

‘As well as medical cover, travel insurance can cover lost or stolen luggage and cancellation costs should you not be able to go on holiday in some circumstances.

‘We also strongly advise holidaymakers to be vigilant. Even though the Government has created a traffic light system, your holiday destination will likely have its own Covid rules and restrictions in place.

‘This could include quarantine, Covid-19 testing, and additional paperwork, so you must check a country’s requirements and whether you are prepared to take on these added checks.’

Travellers are advised to check the latest information on the Foreign, Commonwealth and Development Office website.

The study was based on 2,000 UK consumers and was conducted in May this year.