Check your bird’s a free range beauty on Turkeycam!

You might have thought that all turkeys look the same.

But innovations in poultry farming technology – including turkey facial-recognition cameras – will soon allow you to monitor your chosen Christmas bird’s quality of life before the big day.

The system provides reassurance to conscientious consumers concerned with the welfare of animals, letting them follow a bird’s life on their phones before it ends up on their plate.

Facial recognition technology enables cameras to pick out a specific bird on a farm after it’s been purchased, while a GPS tracking device maps its freedom of movement – so you can be reassured it truly is free range. Developed in China, the ZhongAn GoGo Chicken scheme is already being piloted on 100,000 poultry birds. The makers plan to widen it out to more than 23million chickens in China and it is set to come to Britain.

Paul Kelly, one of the UK’s most prominent turkey farmers, welcomed the idea, saying: ‘Traceability is one of the most important aspects for my customers. They want to know where the birds are and in what conditions they’ve been kept.

‘We have often toyed with fitting webcams to the farm so this is exactly the kind of thing consumers would go in for at Christmas time. 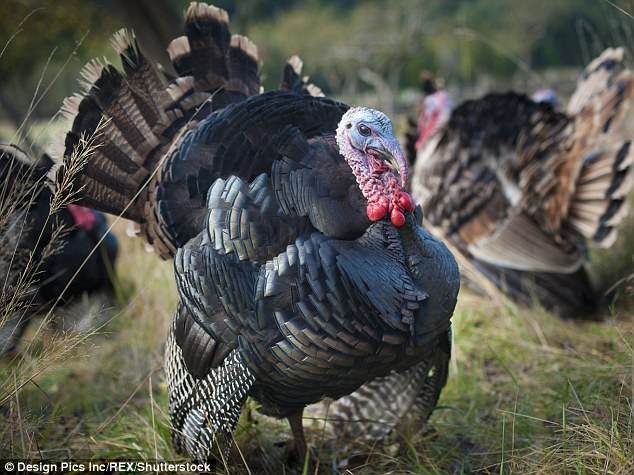 Developed in China, the ZhongAn GoGo Chicken scheme is already being piloted on 100,000 poultry birds and they plan to bring it to Britain

‘My turkeys hatch in mid-May and I reckon the customers would love the idea of following the bird on their smartphones as it grows and gets plumper over the year.’

‘It is certainly the kind of thing people would be attracted to at this time of year to make sure they have the best turkey on Christmas Day.’