Chef, 20, who murdered his one-year-old stepdaughter in a ‘savage’ attack is jailed for 19 years

Martin Johnson, 20, has been jailed for a minimum of 19 years for killing his stepdaughter

A chef who was branded a ‘callous’ coward has been jailed for 19 years after he was found guilty of killing his one-year-old stepdaughter by shaking and punching her.

Martin Johnson, 20, was supposed to be caring for Erin Tomkins, one, at her home in Gleadless, Sheffield.

Instead, she was left with multiple, horrific injuries all caused by her ‘remorseless’ stepfather.

The judge at Sheffield Crown Court, Mr Justice Goss, sentenced Johnson to life in prison with a minimum of 19 years.

He added that Erin’s shocking injuries could have been caused by shaking or an impact or a combination of both.

Staff at Sheffield Children’s Hospital found bruises on her face and body; bruising and bleeding to the surface of her brain, which was also swollen; and bleeding to both eyes.

Johnson also injured Erin, who was a few weeks short of her second birthday, on several other occasions.

In her short life, she suffered a broken arm and ten fractures to her spine.

Johnson was found guilty of murder and two counts of causing grievous bodily harm with intent by a jury which deliberated for under two hours on Friday.

He had told police Erin collapsed in front of him as they played but prosecutors told the jury of four men and eight women that medical experts found multiple injuries.

The jury heard how Erin was taken to hospital on Monday, May 21, after Johnson phoned 999 from his partner Kira Tomkins’s home in the Gleadless area of Sheffield. 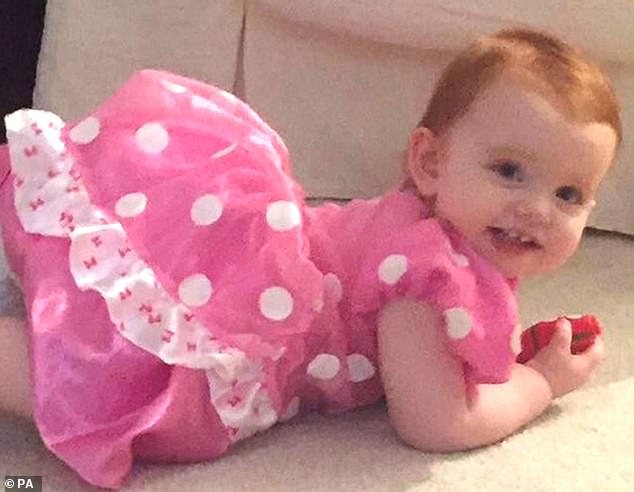 Johnson was found guilty of murdering his two-year-old step-daughter Erin Tomkins, pictured, at her home in the Gleadless area of Sheffield last May

In an impact statement read to the court, Erin’s mother, Miss Tomkins said: ‘I simply do not understand who somebody could hurt a baby in this way.’

She said she had been turned in to a ‘walking zombie’ by her daughter’s death.

‘She added so much to our lives and she will be loved and missed every day.’

Speaking outside court, Detective Chief Inspector Steve Whittaker said the murder was one of the worst crimes he had dealt with in his 32-year long career. 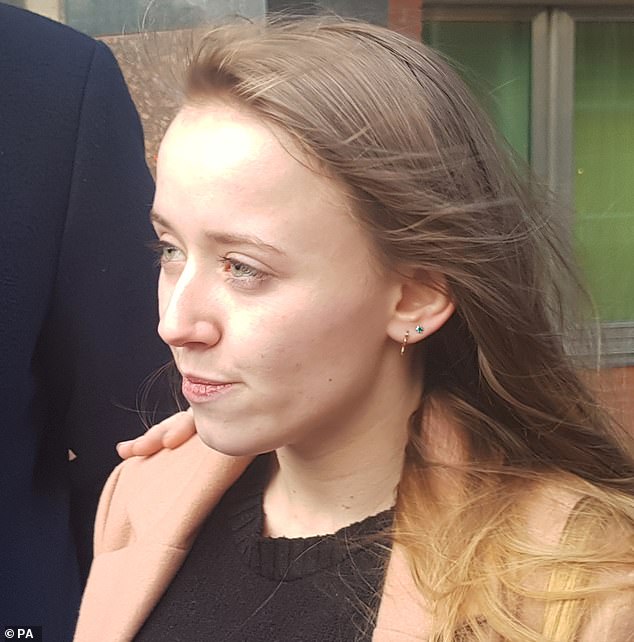 Erin’s mother Kira Tomkins said: ‘I simply do not understand who somebody could hurt a baby in this way’

Mr Whittaker said: ‘This is a man, Martin Johnson, who has shown absolutely no remorse whatsoever and has been in total denial.’

The detective said: ‘Martin Johnson has been a cold, calculating liar.

‘This man is a bully, an awful man, who’s tried throughout the trial to blame the mother of the child for these terrible, terrible injuries.

‘For me, he’s a callous coward that really deserves every day of those 19 years in prison.’

Mr Whittaker said: ‘This is man who came into this girl’s life and five months later she was dead.

‘He moved into the house and three months later she was dead.

‘This is man who took it on himself to break a little girl’s arm and when they presented at the hospital said she’d fallen off the sofa. 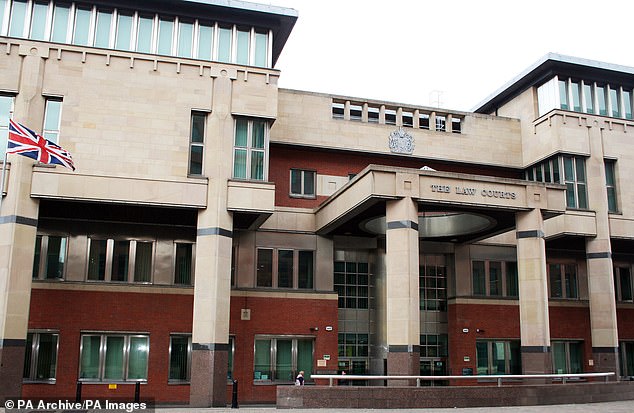 ‘This is man who at some stage caused a girl to have four back fractures.

He said: ‘This is a man who’s been quite abhorrent throughout and he’s got what he deserves in the end.’

The officer said: ‘With some work through eminent pathologists and neurosurgeons, we could prove that this child became immediately unwell after this savage, and it was savage, attack.’