The turkey might be the star of the show when it comes to a traditional Christmas dinner – but there’s no denying that the roast potatoes are a real crowd-pleaser too.

Whether they’ve been doused in duck fat, sliced along the top or cooked in a layer of olive oil, there’s countless ways you can approach cooking spuds.

That said, award-winning chef Richard Bainbridge has more experience than most in this area – and he says his secret ingredient takes them to the next level.

Speaking to the Mirror, the former Great British Menu contestant – who appeared on the BBC series in 2015 – urged people to make the most of an ingredient they’re likely to already have in their pantry.

The secret to the perfect roast potatoes is a crushed chicken stock cube, a chef has claimed

Before putting them in the oven, the owner of Benedicts restaurant in Norwich said he crushes a chicken-flavoured stock cube over them.

Not only is the extra step quick and easy, but he claims it makes them taste absolutely ‘epic’ on the day.

What’s more, the chef also advised people making a traditional prawn cocktail to top it off with some frozen raspberries for a bit of extra zest.

Explaining how home cooks can get organised for Christmas, Richard urged home chefs to prep their pastry, brandy butter and cranberry sauce in advance. 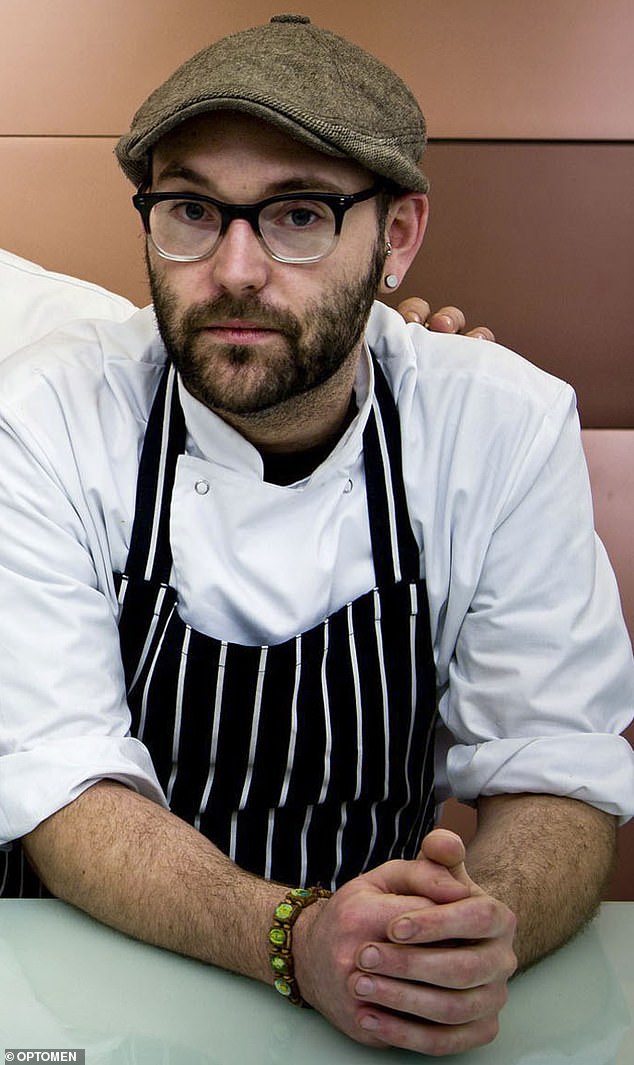 He said: ‘When it comes to any large party or when you are required to cook for large numbers preparation is essential.

‘For example, two weeks before Christmas you should start writing your to-do list and making any items you can in advance so that the day before and the morning of, the bulk of your preparation is complete and you can be calm and relaxed with a glass of Sherry in hand as no one likes to see a stressed chef!’

Earlier this week, Matt Preston shared his top tips for the perfect festive food spread, and the secret to getting crispy, delicious roast potatoes every time.

The veteran food critic and Masterchef Australia judge said many people are keen to achieve the perfect roast potato, but many try and fail by doing one of the several key steps wrong. 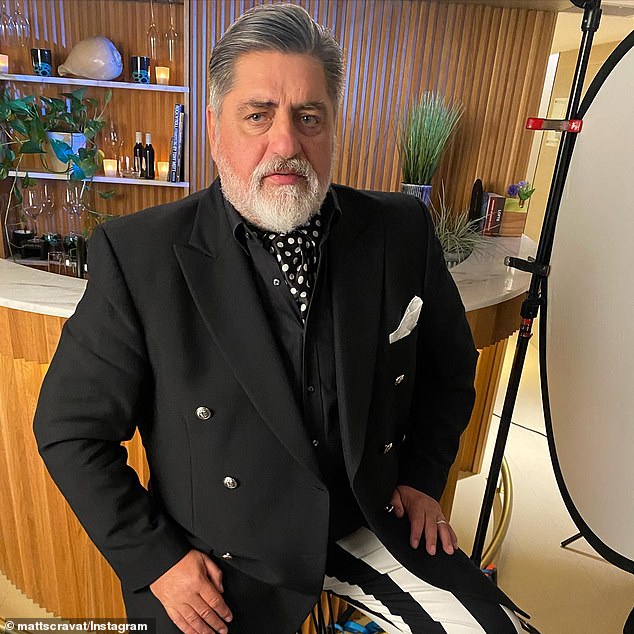 Matt Preston (pictured) has shared his top tips for the perfect festive food spread, and the secret to getting crispy, delicious roast potatoes every time 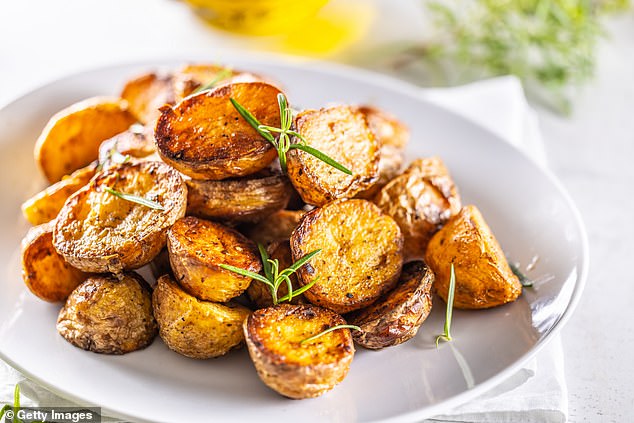 You then need to roast them at 180 degrees Celsius or higher for 15-20 minutes, before turning them and roasting them on the other side.

When it comes to vegetables, Matt said the key with Christmas is picking foods that don’t suffer if they have to come out of the oven and get a little cool while items like the meat and roast potatoes are cooking.

Veggies like roast carrots are therefore a good option.

Alternatively, the food critic is a fan of barbecuing Brussels sprouts on a flat grill pan with some bacon, or doing fat field mushrooms with thyme or cauliflower with cumin and yoghurt.

Any way that you can take the stress from the kitchen, Matt said, is key to Christmas Day success. 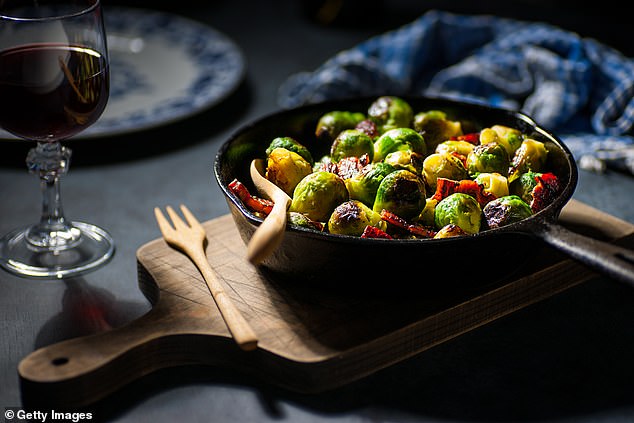 The food critic is a fan of barbecuing Brussels sprouts on a flat grill pan with some bacon, in order to free up space in your oven (stock image)

With regards to meat, Matt said that this year instead of ham or turkey, he is making a standing beef rib roast.

The reason why he is doing this is because it’s a ‘far more forgiving cut’ and less time sensitive.

‘Pick the best roast rib you can afford. Ideally, it should be dry-aged, still on the bone and nicely marbled. Grass-fed and grain-finished would be ideal,’ he told the publication.

Matt also explained he is going to dry-brine his meat, which helps with juiciness and seasoning.

‘This means patting the roast all over with salt and keeping it in the fridge until you are ready to cook,’ he said.

Finally, if you want to make things easier on Christmas Day and are set to host a crowd, he recommends setting the table the night before.