Chelsea have asked their supporters for information after reports fans were injured accessing the Nou Camp ahead of Wednesday night’s Champions League loss to Barcelona.

Posts on social media alleged heavy-handed shepherding of visiting supporters ahead of the last-16 second leg, which Chelsea lost 3-0 to exit the competition 4-1 on aggregate.

A Chelsea spokesman said: ‘We are aware of reports of incidents outside the ground before the game where a number of Chelsea fans were hurt.

‘We ask that our supporters contact us with accounts of their experiences of this evening’s arrival at the stadium so that we can take this up properly with the authorities.’

The Blues had taken a 1-1 score into the return leg in Spain after it finished all square at Stamford Bridge last month.

Lionel Messi got Barcelona off to a lightning start, putting them ahead on the night inside three minutes.

Ousmane Demebele doubled their advantage with a thumping finish for his first goal since joining from Borussia Dortmund in the summer.

Messi added his second of the night in the second-half to put the seal on victory and secure Barca’s place in the last eight. 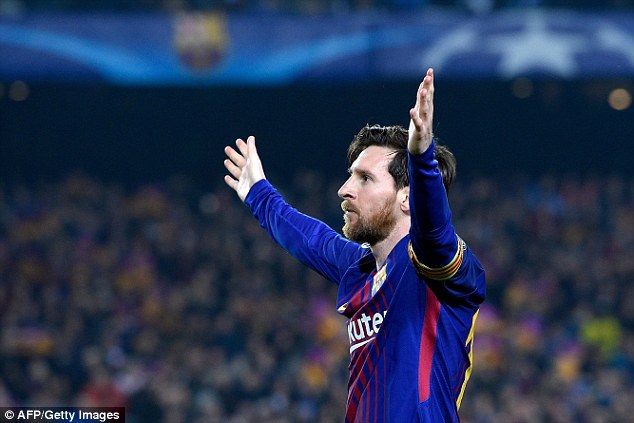