The controversial referee in charge of Chelsea’s Champions League semi-final loss to Barcelona in 2009 is currently working as a psychologist for Norway’s Winter Olympics team in PyeongChang.

Tom Henning Ovrebo gained infamy after rejecting four Chelsea penalty appeals as the Blues were dumped out on away goals via a last-minute stunner from Barcelona’s Andres Iniesta on May 2009.

The official became a target for vile abuse and received numerous death threats up to three years after the Champions League semi-final second leg.

But as Chelsea and Barcelona prepare to renew their Champions League rivalry in Tuesday evening’s last-16 first leg at Stamford Bridge, one of the key figures involved in the 2009 meeting will be 9000 miles away in South Korea.

‘I am here if someone needs help,’ Ovrebo told The Sun. ‘If any of the athletes has an issue with their performance and needs to talk about it. Or if something happens outside their sport, I can help. Hopefully it will be quiet for me.’

The Norwegian hopes Tuesday’s game will focus on the football rather than refereeing decisions but is bracing himself for further death threats nine years on.

‘To me it is history, it is nine years ago,’ Ovrebo said. ‘This is a new game, with new possibilities. I hope they concentrate on the match. 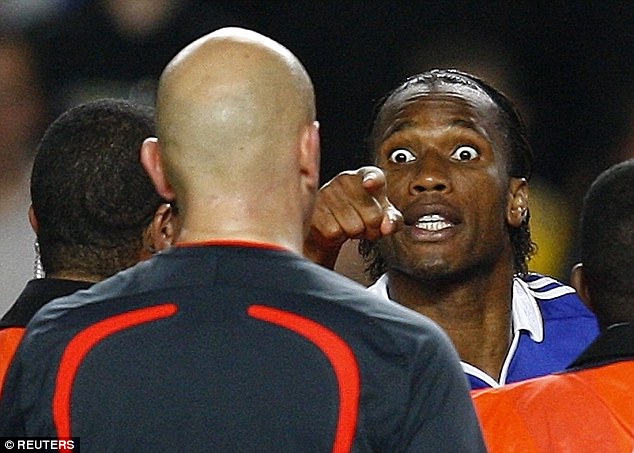 ‘But I won’t be surprised if it happens again. If someone says that I am a big fool, or that I should die, it is not a big problem… I can understand how people feel and I can’t do anything about it.’

Didier Drogba branded Ovrebo’s display as a ‘f****** disgrace’ in a post-match rant caught on television after the referee had waved Chelsea’s appeals.

Ovrebo accepted some of his decisions cost Chelsea a place in the final and regrets the level of his performance that night at Stamford Bridge.

‘It was not my best day, really. But those mistakes can be committed by a referee… and sometimes a player or a coach,’ Ovrebo told Marca. Some days you’re not at the level you should be. I can’t be proud of that performance. 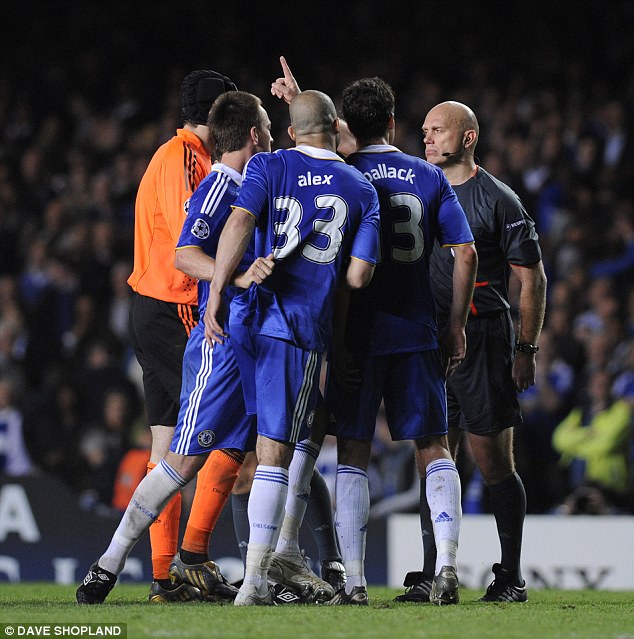 He added: ‘I was responsible for the decisions that were made and we can argue that, if I had taken others, maybe Chelsea would have qualified for the final.

‘We will never know. I made decisions and they were not the best. But it is difficult to say if, without that arbitration, Barcelona would have been eliminated or not.’

The 51-year-old also revealed he was forced to change hotels after the match after being left concerned for his own safety.

Turkey’s Cuneyt Cakir, who was in charge of the 2012 clash between the two sides which Chelsea won on away goals, will officiate Tuesday evening’s clash.