Federal prosecutors say the man who was convicted of setting off a bomb in Manhattan that injured 30 people last year has been attempting to radicalize fellow jail inmates.

Federal prosecutors allege that they found the materials on Rahimi’s laptop. These materials were then used in Rahimi’s trial.

The allegations came in a letter Friday from the office of Acting US Attorney Joon Kim to Judge Richard Berman.

Federal prosecutors say Ahmad Khan Rahimi (above), the man who was convicted of setting off a bomb in Manhattan that injured 30 people last year, has been attempting to radicalize fellow jail inmates 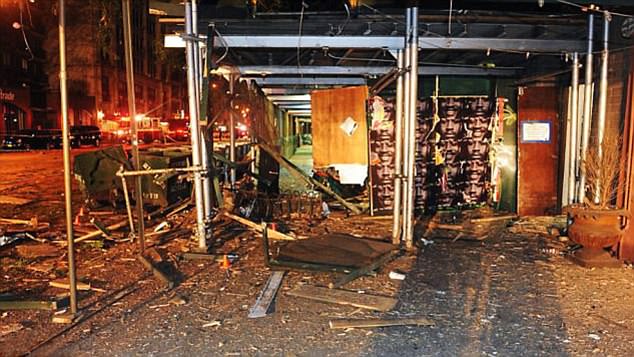 Rahimi was convicted in October of setting off a pressure cooker bomb in the Chelsea section of New York City last year, leaving 30 people injured

Berman is to sentence Rahimi on January 18 after a jury convicted him in October of all the charges against him.

Jurors in Manhattan found Rahimi guilty of all charges, including counts of using a weapon of mass destruction and bombing a public place.

He was convicted on all eight counts after a short but tense trial in which prosecutors accused his attorneys of using the ‘Al Qaeda playbook.’

The Afghanistan-born man living in Elizabeth, New Jersey, faces a maximum punishment of life in prison. 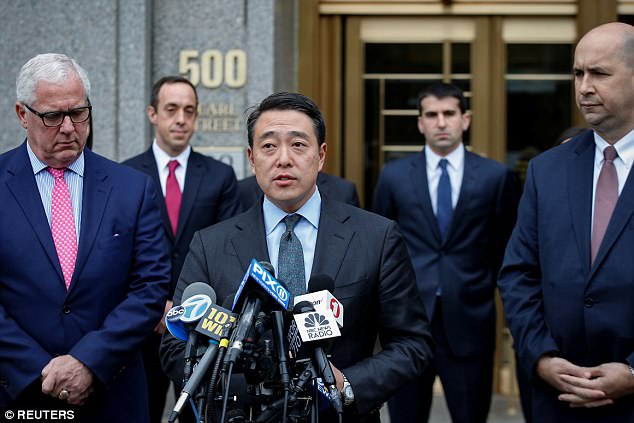 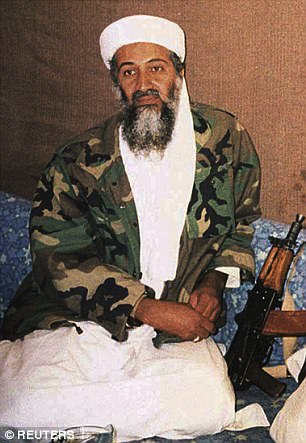 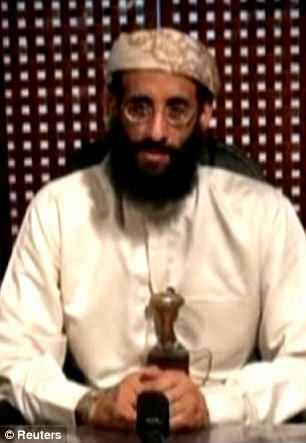 Prosecutors say the inmates Rahimi shared the materials with included Sajmir Alimehmeti, a Bronx man who has been charged with providing material support to the Islamic State.

Rahimi shared the materials with inmates during Friday prayer sessions at the Metropolitan Correctional Center, the Manhattan jail where inmates are housed while they await trial or sentencing, the federal government alleged. 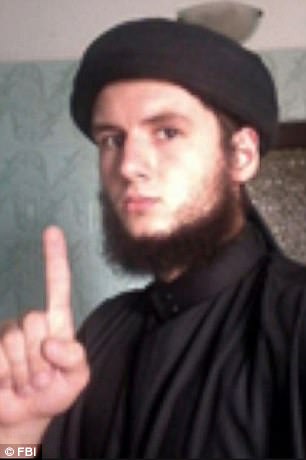 Prosecutors say the inmates Rahimi shared the materials with included Sajmir Alimehmeti (above), a Bronx man who has been charged with providing material support to the Islamic State

The letter from Kim’s office to the judge alleged that after employees at the jail learned of Rahimi’s ‘radicalization efforts,’ they searched his personal property and found an address book with names and inmate numbers of other suspected terrorists, including Muhanad Mahmoud Al Farekh and Maalik Alim Jones.

Al Farekh, a native of Texas, was convicted in 2009 of helping to plot an attack on a US military base in Afghanistan.

Jones, a native of Maryland, pleaded guilty to providing aid to the Shabab terrorist organization in Somalia.

Meanwhile, it was learned on Friday that Rahimi wrote a letter to the judge saying that he began a hunger strike on December 8.

According to the letter, Rahimi went on hunger strike to protest the decision by authorities not to allow his family to visit him in jail.

Rahimi also alleges in the letter that the government has not allowed him to contact his lawyer.

‘I am extremely frustrated and physically tired and mentally drained of the continuous run around they are giving me,’ Rahimi wrote.

Judge Berman has ordered the government and Rahimi’s lawyer to file responses.

Sabrina Shroff, one of Rahimi’s public defenders, declined to comment to the Times – as did Kim’s office and a spokesperson for the jail.