Lille are planning to rest a number of their big stars for their clash with Chelsea on Tuesday night.

Frank Lampard’s side need a win to guarantee progress to the knockout stages of the Champions League as they are third, behind Valencia, who beat them at Stamford Bridge.

But they could be aided in their quest by Christophe Galtier’s team selection for the game.

Lille are already out of Europe, having picked up just one point in the group stage over their five matches.

They also have a big game against Montpellier on Friday night in Ligue 1.

Sportsmail understands the quick turnaround and the fact they would not benefit from a win against Chelsea means they are likely to leave their big players out of Tuesday’s game.

Galtier said on Monday: ‘I will tell my players that it’s a privilege to play here in the Champions League at Stamford Bridge against a club like Chelsea.

‘And I will tell my players that they have to be flawless in how they engage and what they give for this game, because this competition deserves the utmost respect.’ 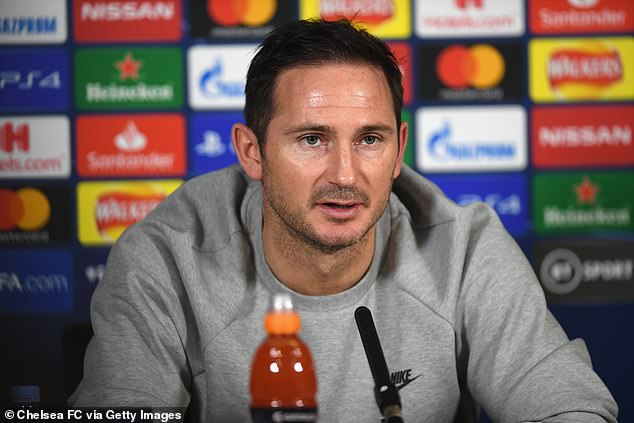