Antonio Conte has defended his decision not to start a recognised striker against Barcelona by claiming a change in formation would have been ‘suicidal’.

Eden Hazard played as a false nine with Willian and Pedro either side of him as the Blues earned a 1-1 draw in the first leg of their Champions League last-16 tie.

Some questioned why Conte didn’t opt for Alvaro Morata or Olivier Giroud from the start at Stamford Bridge, but the Italian believes his choice was justified. 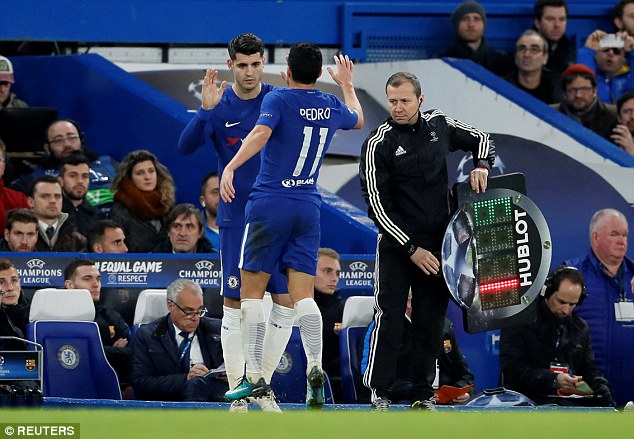 Chelsea played a 3-4-3 system against the La Liga leaders, with Morata replacing Pedro seven minutes from time to provide a focal point up front.

However, Conte insists that starting with the Spaniard in a 3-5-2 formation simply wasn’t an option against such talented opposition.

‘It’s a pity about the draw and there are regrets, because when you play against a side like Barcelona, you need the perfect performance to win,’ Conte told Mediaset Premium. 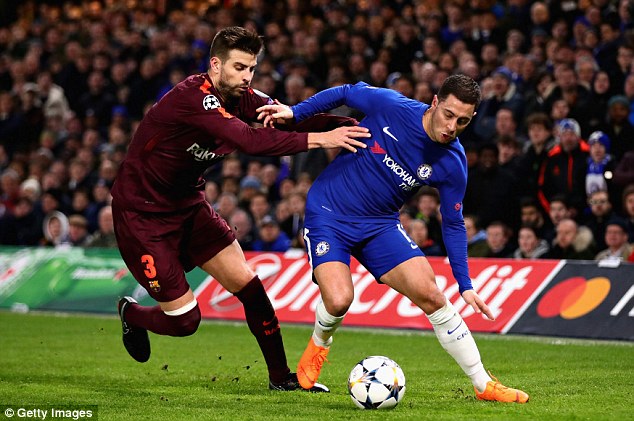 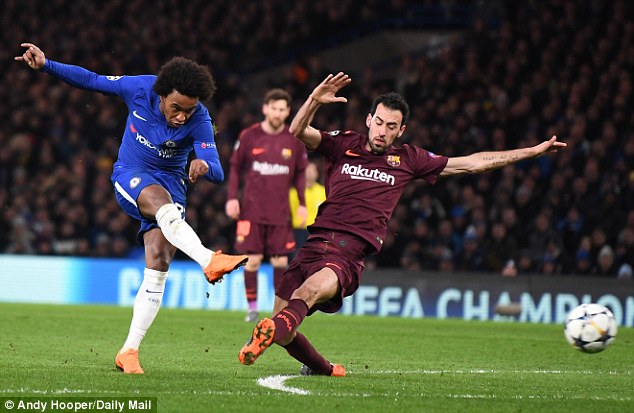 ‘We did that for nine tenths of the game and unfortunately paid for our only error. Now we need a massive performance at Camp Nou.

‘Playing Alvaro Morata from the start, with him and Eden Hazard, without Willian or Pedro, would’ve lost our balance. It would’ve been suicidal.’

Chelsea travel to Spain for the return leg at the Nou Camp on March 14.