‘The qualities Tammy can bring to the team are never lost on me’: Chelsea boss Frank Lampard hails striker Abraham for responding to the club’s new attacking arrivals after scoring in Champions League win over Rennes

Abraham fired his first goal in eight matches as the Blues swept past 10-man Rennes 3-0 in Wednesday’s Champions League clash at Stamford Bridge. 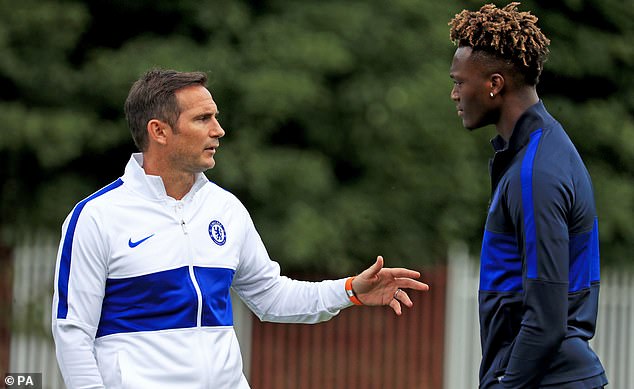 Werner’s arrival has obviously stiffened the competition for Abraham, but Lampard has revealed his delight at the 23-year-old England striker’s response.

‘I’m very happy, I’ve had numerous conversations with Tammy because I have a good relationship with him,’ said Lampard. 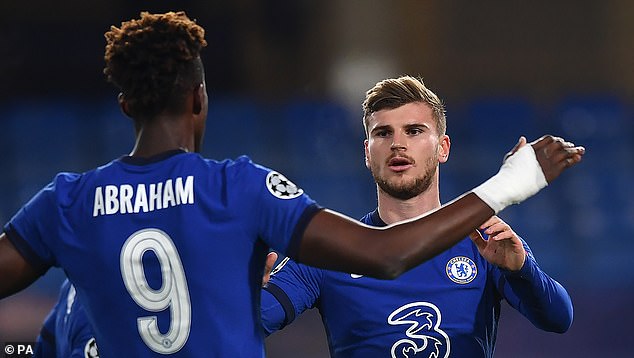 ‘I know what he can bring when he’s at his best. In his last two games, today and against Burnley, we saw him at his best.

‘He got his goal and he deserves it in terms of stretching teams, taking them long, setting off our press, jumping in.

‘Not happy to just jump five yards but get the team up the pitch as the first man off the ball. Those things are very important for me. Sometimes it’s about the unseen.

‘His goal was the culmination of his performances over the past two matches.’

Werner opted to forego the end of Leipzig’s Champions League campaign after football’s restart, in order to join Chelsea and prepare for the new campaign. 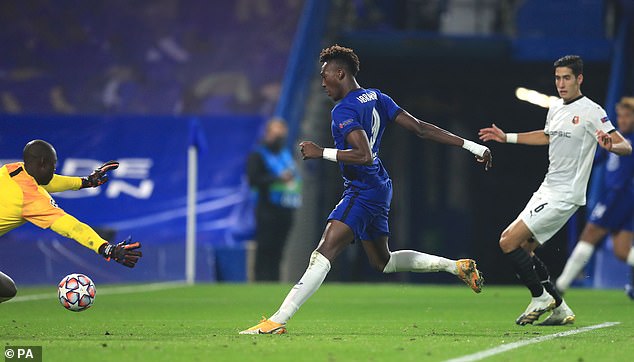 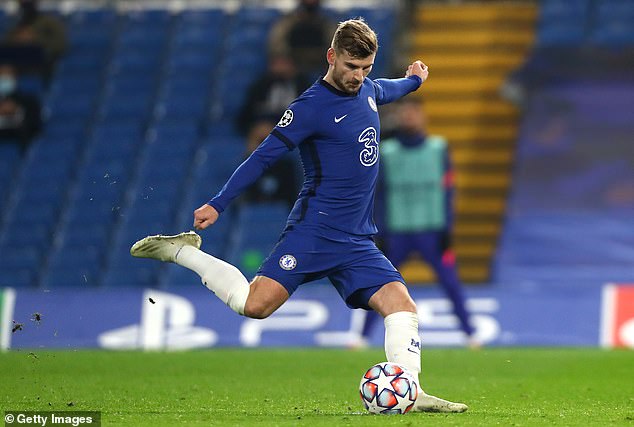 The 24-year-old has hit the ground running at the Blues, leaving Lampard particularly pleased, especially given the lack of pre-season due to the pandemic’s impact.

‘We haven’t had a pre-season so we’ve had the benefit of him and Hakim (Ziyech) having that period with us. We’re seeing Timo is fit, adapting quickly to the rigours of the Premier League, working our team out and how we want to play.

‘It was a bonus, certainly a bonus that he could train. He’s been easy for me to manage. He works well. I left him on the pitch today because I felt he had the endurance with playing 90 minutes. I’m very happy with him.’