Chelsea have strenghthend their goalkeeping ranks by signing free agent Marcus Bettinelli on a two-year contract.

The 29-year-old will provide competition for No 1 Edouard Mendy and back-up Kepa Arrizabalaga after the Blues released Willy Caballero following the end of his contract.

Sportsmail revealed Bettinelli, who will add to Chelsea’s home-grown talent, was set to sign for Thomas Tuchel’s side after turning down advances from Aston Villa.

Bettinelli left Fulham after his contract expired in June. The ‘keeper spent last season on loan at Middlesbrough, where he played a key role for Neil Warnock’s team as they fell short of securing a play-off spot.

The shot-stopper, who was pictured next to Petr Cech as he signed his contract, said it had always been his ‘dream’ to make the move to Stamford Bridge.

‘I know the area very well so it’s been a dream of mine to come over to this side and it’s finally happened. 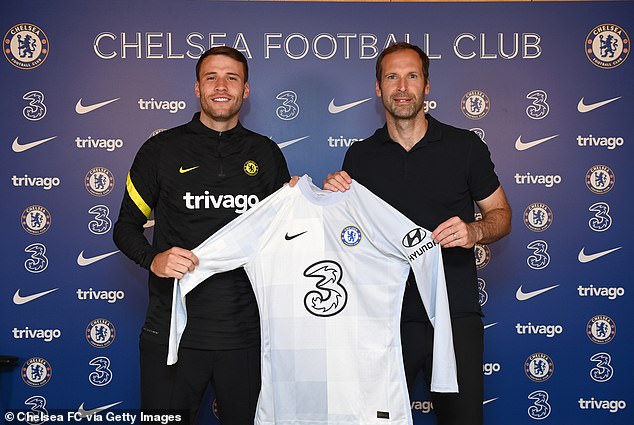 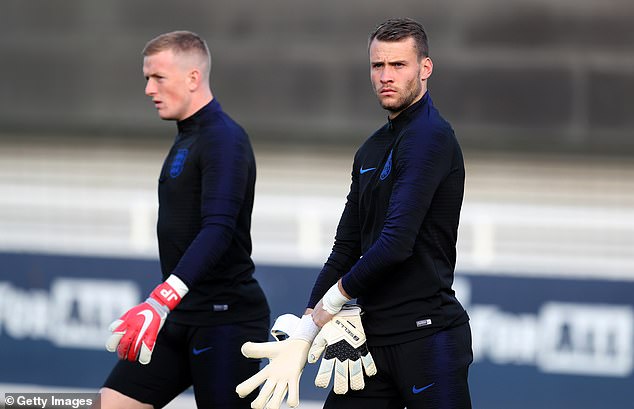 ‘There were some talks a few years ago when I was a bit younger and for whatever reason that didn’t come about but I’m here now.

‘I’m really excited to be involved and looking forward to trying to impress and help the team as much as I can.’

Bettinelli was called into the England squad by Gareth Southgate during the 2017-2018 season following a string of excellent performances for Fulham.

But the club’s relegation to the Championship halted his international chances and he has not been part of the squad since.