‘Maybe we should play him upfront instead of Werner!’: Chelsea fans blown away by Kepa Arrizabalaga after £72m flop hits crossbar EIGHT times in a row as Spaniard shows off his SHOOTING skills at Cobham

Kepa Arrizabalaga has demonstrated that he may be of use to Thomas Tuchel outfield as the £72m flop showcased his skills with his feet in a crossbar challenge.

Arrizabalaga has fallen down the pecking order at Stamford Bridge with Edouard Mendy the No 1 goalkeeper after Chelsea brought the Frenchman in following lacklustre displays from the Spanish stopper.

The 26-year-old made just 14 appearances for the Blues in 2020-21 and has been linked with an exit this summer with Lazio reportedly interested in landing the former Athletic Bilbao goalkeeper. 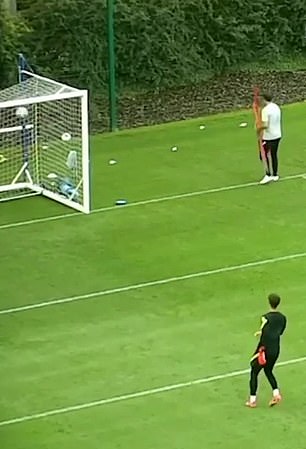 However, Arrizabalaga showed that he has the silky footwork required of top level goalkeepers after Chelsea released footage of the Spaniard hitting the crossbar eight times in succession at the club’s Cobham training base.

The modern day goalkeeper has to be good with his feet and Manchester City stopper Ederson even backed himself to play in midfield for Pep Guardiola’s side.

And Blues fans have called for Arrizabalaga to start up front for Tuchel’s European champions after being blown away by the footage. 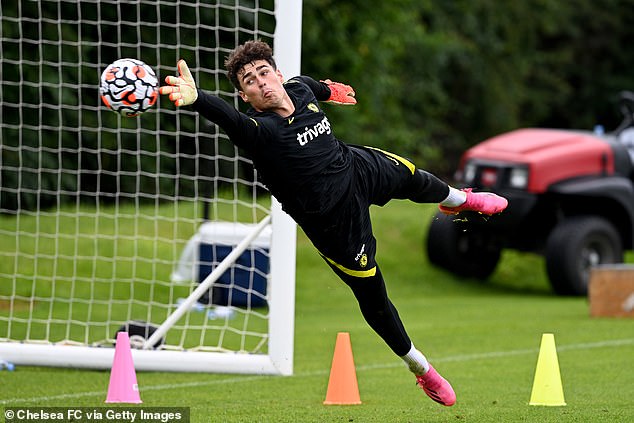 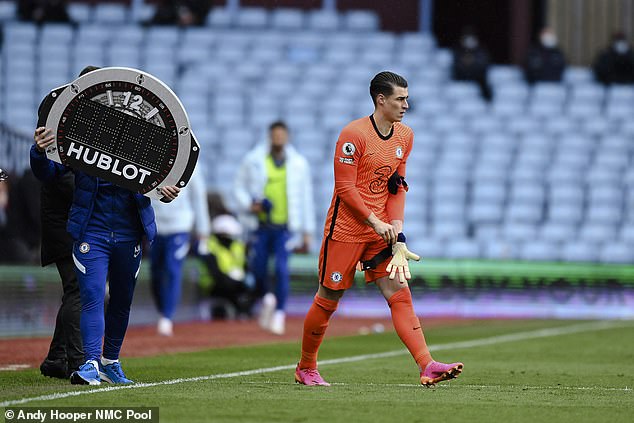 ‘Maybe we should play him upfront instead of [Timo] Werner,’ one fan wrote on Instagram.

‘Would’ve been a better striker option than [Alvaro] Morata for 17/18 to be fair,’ another Chelsea supporter said.

Werner has endured a mixed start to life at Stamford Bridge since moving from RB Leipzig. The German striker scored just 12 goals in 52 games last season, but played a crucial role in Chelsea’s road to European triumph.

The 25-year-old is hoping to avoid the same fate as Morata, who was regarded as a flop despite notching a respectable 24 goals in 72 games during his tenure in West London.

‘Maybe make him a striker then,’ another fan wrote. The Blues are in the market for a striker and have been strongly linked with a move for Borussia Dortmund hotshot Erling Haaland.

Latest reports suggest that the Premier League side are looking to include either Tammy Abraham or Callum Hudson-Odoi in a player-plus-cash deal for the Norwegian, although the Germans are determined not to sell this summer.