Chelsea have loaned midfield outcast Danny Drinkwater to Reading in a move that could see the Premier League winner end his exile from English football after a campaign in Turkey.

The 31-year-old spent last season with Super Lig side Kasimpasa following loan spells with Aston Villa and Burnley, although he has not featured for the Blues since the 2018 Community Shield.

Drinkwater is the second Chelsea player to join Reading this season after left-back Baba Rahman also moved to the Madejski Stadium. 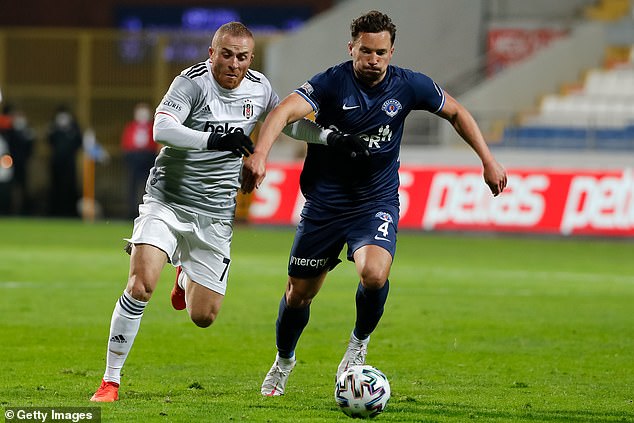 The Manchester United academy product did not complete 90 minutes in the Super Lig for Kasimpasa last season and has failed to do so for any club in a league game since April 2018.

England capped Drinkwater three times in 2016, with the one-time Premier League Player of the Month lifting the title with Leicester that year before a £35million move to Stamford Bridge in September 2017.

His last outing in England was for Villa against Spurs in April 2020 – one of only four appearances he made for the club during a six-month loan.

Reading boss Veljko Paunovic said: ‘Danny’s talent and ability is unquestionable and to bring a player of his calibre to our club is extremely exciting.

‘A proven winner, he is a player whose achievements on the pitch can inspire those around him and help to drive this club forward from the centre of midfield.

‘We are very pleased to welcome him to Reading.’

Royals CEO Dayong Pang added: ‘The opportunity to bring a player with Danny’s undoubted ability to our club was not one we could miss.

‘I am confident he is a strong character who can help this squad gel and work together to improve performances and earn results. I’m delighted to welcome Danny to the club.’

Reading are fourth from bottom of the Championship after losing their last three games, suffering a 4-0 drubbing at Huddersfield on Saturday.