Chelsea loanee Conor Gallagher is attracting interest from Serie A giants Juventus and Inter Milan with his impressive performances at Crystal Palace.

Although the uncertainty surrounding the club following the recent sanctions could see him head for the exit door with a number of teams in the Premier League and abroad showing interest. 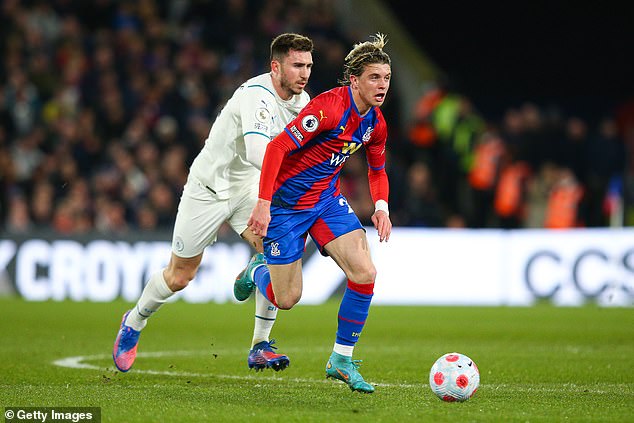 Gallagher’s performances for Palace have been of a very high standard – he has scored eight goals from midfield in 25 Premier League games.

Juventus and Inter Milan sent scouts to watch Conor Gallagher shine for Crystal Palace against Manchester City last week, according to the Sun.

Having joined Chelsea at the age of eight, Gallagher progressed through the ranks at the academy but has yet to feature for the club in a competitive first-team game. 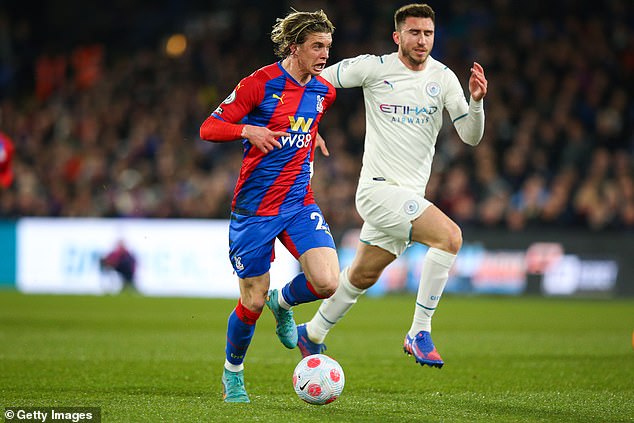 Gallagher has impressed for Palace this season, scoring eight goals in 24 appearances

Gallagher has been loaned out on four occasions, with his stint at Palace having been preceded by spells at Charlton Athletic, Swansea City and West Bromwich Albion.

The Eagles would love to capture his signature permanently, but will face major competition, and could end being out prized. 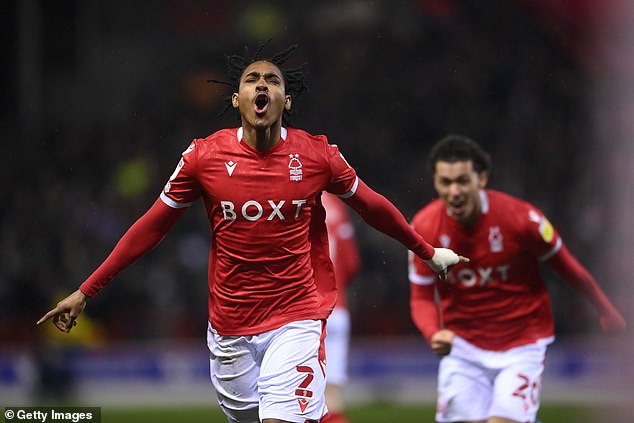 Spence, 21, is catching the eye for Forest on loan from Middlesbrough, and Milan are one of over a dozen top clubs tracking his progress.

The speedy right-back is valued at about £15million by Boro so there would be no bargain deal for anyone.

Gallagher’s fellow Chelsea product Levi Colwill is on Palace’s radar as he stars on loan at Huddersfield.

The 19-year-old defender has been a stand out for the Terriers and could be the next Blues prospect to move on.

Palace signed Marc Guehi, 21, from Chelsea last summer and are waiting to see is Colwill is available.