A millionaire who told an award-winning landscape designer ‘sue me you pr**k’ after refusing to pay up for a garden makeover has been ordered to shell out nearly £24,000 in compensation.

Angus Murray from Chelsea complained that Jonathan Taylor botched a revamp of the back garden of his £4million home in Carlyle Square.

Mr Taylor’s company, Jonathan Mark Garden Design Ltd, carried out work in 2017 to his orders while Mr Murray was away on a business trip, but Murray was ‘disappointed’ with what he saw on his return.

He threw a number of complaints at the design company – including laying paving slabs with the wrong pattern and colour and with ‘misaligned corners’, and placing stepping stones ‘in an unsightly and impractical manner’.

Now Judge David Mayall at Central London County Court has awarded the company £23,989 in damages and ordered Murray to pay the legal costs of the trial.

The court heard that Mr Taylor – whose business has won several design awards – fell out with the millionaire after Mr Taylor’s company laid new paving slabs and put down shrubs in his garden in leafy Carlyle Square.

When Mr Murray returned home part way through the project, ‘it was abundantly apparent that he was unhappy,’ Judge Mayall said.

Katy Leo, a colleague of Mr Murray’s, complained Mr Taylor’s men had laid down the wrong paving stones, and that a protruding manhole cover remained a ‘complete eyesore’.

Mr Murray also complained that a small line of box shrubs was planted too close together to grow properly.

Efforts to resolve the conflict reached deadlock, with Mr Murray wanting the landscapers to pull out most of the slabs they had laid, the court heard.

And the two sides hit the point of no return in early May 2017 when Mr Murray saw red after an associate of Mr Taylor made an ‘unauthorised’ return to his property to write a report.

Mr Murray fired off an email ‘effectively inviting Mr Taylor to sue him and using some colourful language,’ said the judge. 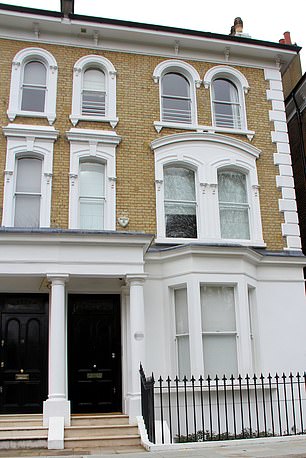 In his evidence, Mr Taylor disclosed that the homeowner had told him: ‘Sue me, you prick.’

In a later email, he accused Mr Taylor of carrying out ‘appalling work’ and thundered: ‘Get your cr** and stone out of my house.’

‘After that, not surprisingly, relations broke down completely,’ the judge commented.

Mr Taylor’s men were unable to finish the job they had started. Soon after, Murray shipped in new contractors, who ripped up most of the work done by Jonathan Mark Garden Design.

Murray, who did not attend court, denied breach of contract and insisted Mr Taylor’s company was itself in breach.

Bur after a two-day hearing, Judge Mayall rejected his claims against Jonathan Mark Garden Design, awarding the company £23,989 in damages.

Neither Murray nor his colleague, Katy Leo, gave evidence during the short trial. The judge described Mr Taylor as an ‘honest witness’ and accepted his evidence about the choice of paving slabs made by Murray.

Turning to the controversial shrubbery, Judge Mayall said there was ‘no evidence to suggest the plants are not going to thrive because they were planted too close together’, adding: ‘I am entirely satisfied that the plants complied with the contract.’

Murray ‘in effect refused to pay’, the judge noted, adding: ‘Mr Murray was not entitled to terminate the contract and prevent the company from finishing the works in the agreement.’

Mr Taylor, who attended the hearing, declined to comment after the judgment.