Chelsea new boys Timo Werner and Hakim Ziyech tipped to make huge impact by Cesar Azpilicueta as Blues captain says: ‘We have seen their quality in training… the way they create chances and score goals’

Germany striker Werner relinquished the delayed Champions League campaign with RB Leipzig to join Chelsea last month, in a bid to be in sharp goalscoring form by the start of the new English term.

Ziyech was able to link up with Chelsea from Ajax after a break given the Dutch season was cancelled at the end of the April.

Both the Blues’ new attacking stars have already spent several weeks training with their new team-mates, leaving Chelsea skipper Azpilicueta impressed – and excited about their impact.

‘Both of them have shown their quality in training in these past couple of weeks,’ said Azpilicueta. 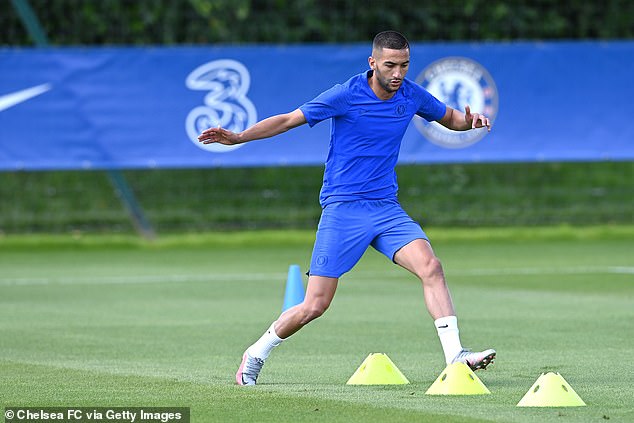 ‘The quicker and easier they can adapt to the Premier League, the better it will be for everybody so it was good to have them with the group for a few weeks at the end of the season.

‘They are already integrated and know everybody so it’s been a very good time for that and now we’re all looking forward to seeing them on the pitch.’

Chelsea’s revamp under Frank Lampard is expected to continue at pace this summer, with Germany midfielder Kai Havertz still anticipated to make the switch from Bayer Leverkusen. 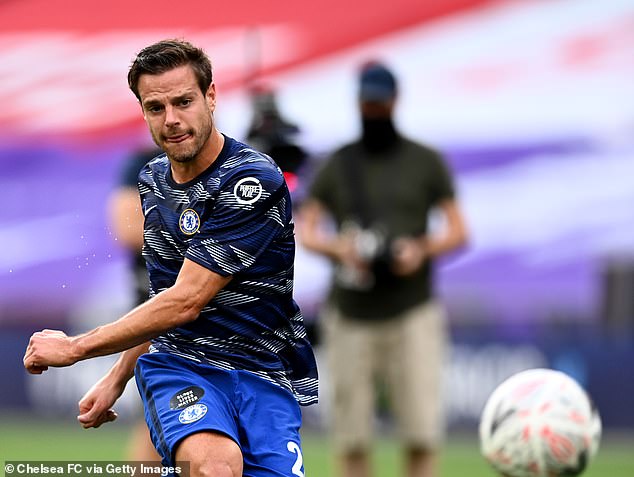 The west Londoners were still able to secure a fourth-place Premier League finish and Champions League qualification, but Azpilicueta is in no doubt where the Blues must improve.

‘The story of a lot of games this season has been that we were not clinical in the boxes,’ Azpilicueta told Chelsea’s official club website.

‘In the attacking box, we have missed chances but I think the big problem was that sometimes we were playing well but we were not strong enough in our box.

‘I always think of the offensive and defensive phases as a team and as a unit we know we have to keep improving at the back.

‘We have to reduce the numbers of goals conceded if we want to close the gap because it’s a big difference.

‘I’m sure we will work hard to reduce the gap and be close to the top next season.’