‘It’s not the end of the world’: Ross Barkley insists he’ll keep taking penalties for Chelsea despite miss against Valencia

Ross Barkley insists he would be happy to take another penalty for Chelsea, despite missing the crucial late spot-kick in their Champions League defeat by Valencia on Tuesday.

Barkley, who had been on the pitch only five minutes when the penalty was awarded, is Chelsea’s designated taker.

Outside of penalty shoot-outs, however, the England midfielder has now taken only five career spot-kicks, missing two. Against Valencia, he took his first competitive penalty since February 2016.

Nevertheless, his manager Frank Lampard is ready to persist with Barkley as the team’s penalty specialist, knowing taking the responsibility off him could impact his confidence.

Barkley said: ‘If there was another penalty in the game, I would have been confident of taking it… you can miss penalties. It’s not the end of the world. We’ve got five more group stage games to go that we’re aiming to win.’ 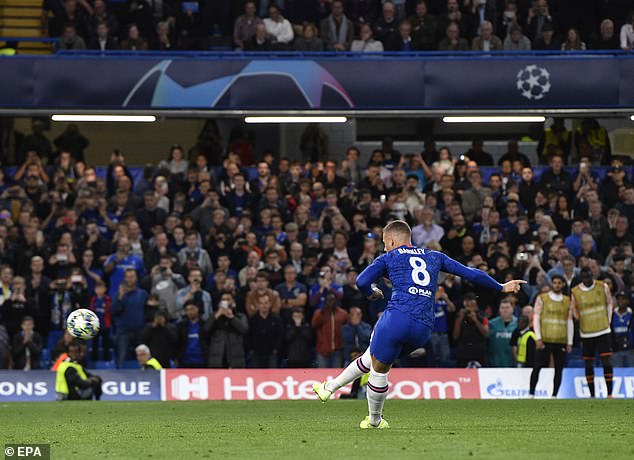 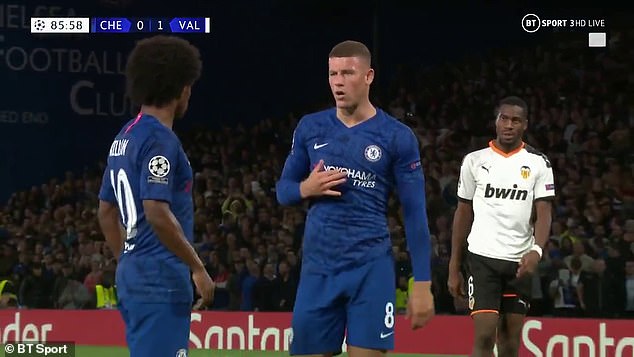 Barkley took the kick after an apparent dispute with Willian over who should take the spot-kick.

Both Willian and Jorginho spoke to Barkley on the edge of the area before the kick was taken. Speaking after the game, however, Barkley claimed he had the backing of his team-mates.

‘It was more, “Good luck with the penalty” type of thing, encouraging me,’ Barkley said. ‘They would have been willing to take it as well, but I felt confident. They were just encouraging me to score the goal. I’m gutted I missed, but these things happen.’

But Willian said: ‘I wanted to take it but he was confident to take it.

‘This is football. He missed the penalty but it could be me that missed, or Jorginho or whoever. When we win, we win together, and when we lose, we lose together.’