Chelsea star Mateo Kovacic has been reborn under Frank Lampard

By the end, it had become a running joke. As predictable as night following day.

If Mateo Kovacic started for Chelsea, he would be replaced in the second half by Ross Barkley. When the England midfielder was given the nod, he would make way for Kovacic before too long.

In total during his only season in charge, Maurizio Sarri swapped the two central midfielders 22 times.

It symbolised the dogma and rigidity that enveloped Stamford Bridge under the Italian.

This season, with Frank Lampard at the helm, the Croatian has been reborn. Barkley, meanwhile, seems intent on digging his own grave. Suddenly they are far from interchangeable.

Kovacic’s fine technical ability was always there. But last season he picked up just two assists in 51 appearances. Now he is beginning to influence games. Big games, too, and Wednesday night was the clearest evidence of his transformation. 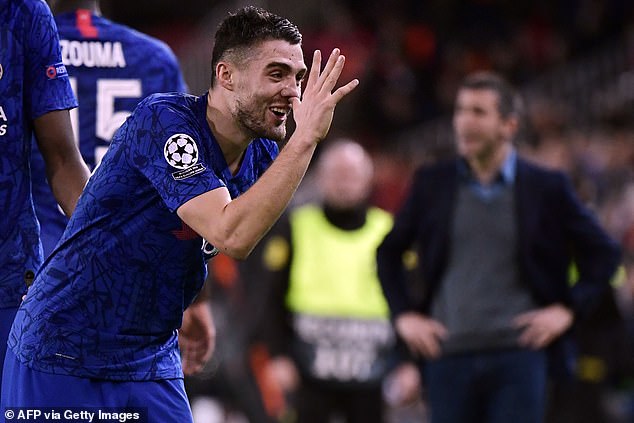 On Chelsea’s most recent visit to the Mestalla, it was Lampard who scored in the early stages of their incredible journey to European glory.

Even after this draw, the current crop have a long way to go to repeat that triumph.

Kovacic, too, has a way to go before he is offering the goal threat his manager used to bring. 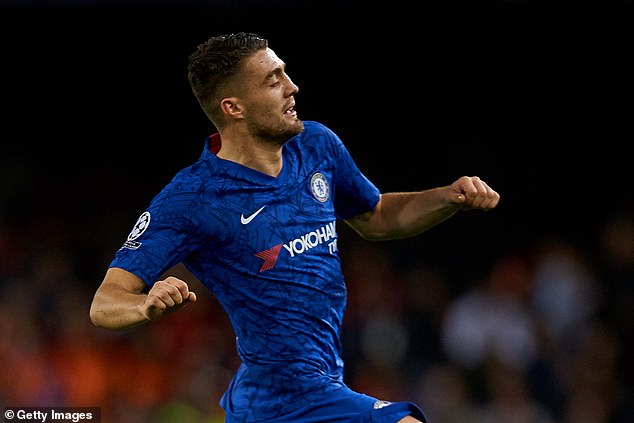 This first-half strike from outside the box was his first goal for nearly three years.

Not since January 2017 had he found the back of the net but no one in Chelsea blue will score many more important goals than his last night.

Lampard’s side were staring down the barrel after Carlos Soler opened the scoring from close range. Within a minute, however, Kovacic had hauled them level. When the ball fell to him on the edge of the box, the midfielder took one touch before firing past Jasper Cillessen at his near post.

It was just reward for another fine display from the midfielder, whose neat feet and driving runs were a constant menace for the La Liga side. 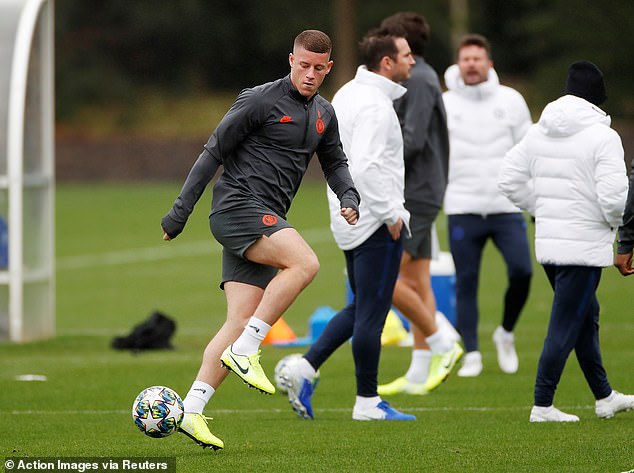 Then, as Valencia pushed for a late winner, Kovacic was the man who tracked Rodrigo and averted the danger after Chelsea were carved open.

Penny for the thoughts of Barkley back home.

The England international was left in England following his latest off-field escapades, with Lampard accusing him of a lack of professionalism after he was filmed dancing topless in a Dubai nightclub.

Now, in the words of the Chelsea boss, Barkley has to ‘work his way back in’. 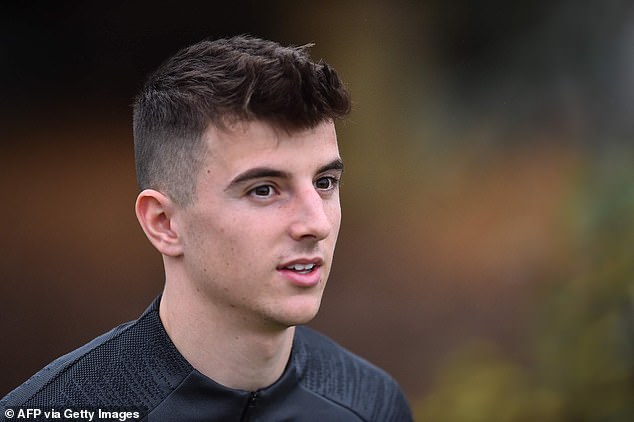 The same goes for Mason Mount, who has done very little wrong but now finds himself down the pecking order following the return of N’Golo Kante.

As at Manchester City, he started on the bench at the Mestalla.

With Jorginho and Kante nailed on starters, Lampard can’t have Kovacic, Barkley and Mount all in the same side. He’s in no mind to substitute one for another at every turn, either.

Who can blame him when Kovacic is playing like this?