Chelsea are officially under new ownership after the completion of the Todd Boehly-led consortium’s huge £4.25billion deal to buy the club.

Fans and players can finally exhale after months of uncertainty following Roman Abramovich’s sanctioning by the UK government for his ties to Russian president Vladimir Putin amid the country’s invasion of Ukraine.

Boehly and Clearlake Capital group were chosen as the preferred bidders among fierce competition, with 250 enquiries from potential buyers, and the 48-year-old American businessman will now be able to launch a new era at Stamford Bridge.

The takeover brings an ignominious end to Abramovich’s tenure – although the club thanked the Russian for ’19 amazing, unforgettable years’ at the helm.

Boehly said: ‘We are honoured to become the new custodians of Chelsea Football Club. We’re all in, 100%, every minute of every match. Our vision as owners is clear: we want to make the fans proud.

Along with our commitment to developing the youth squad and acquiring the best talent, our plan of action is to invest in the Club for the long-term and build on Chelsea’s remarkable history of success.

I personally want to thank ministers and officials in the British government, and the Premier League, for all their work in making this happen.’

Todd Boehly (centre), in attendance at Stamford Bridge, has been confirmed as the new majority owner of Chelsea along with Clearlake Capital after a huge £4.25billion takeover 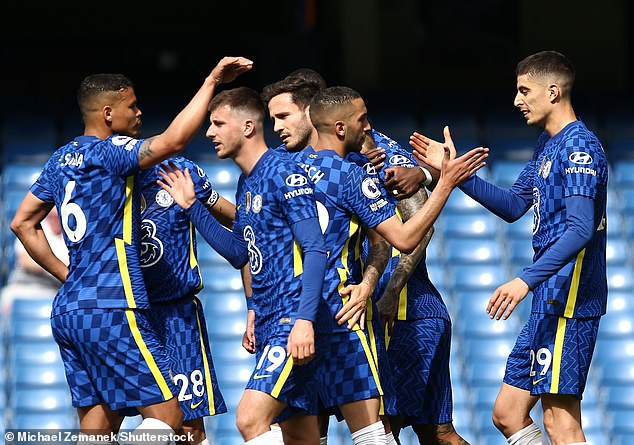 The Premier League side can look forward to the future, putting the uncertainty behind them 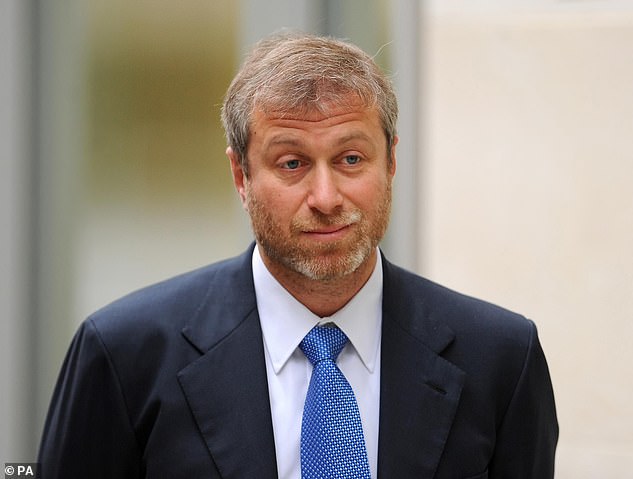 A statement on the club website described the usually nine-month process being completed in around three months as ‘unprecedented’ and gave further details into just how much interest there was in buying Chelsea.

It read: ‘The Club received more than 250 enquiries from proposed purchasers, held detailed discussions with more than 100 individuals and entities, and entered into 32 confidentiality agreements, which allowed for due diligence with respect to confidential Club information.

‘Ultimately, the Club received 12 credible bids, resulting in 4 and then 3 final bidders. The Todd Boehly and Clearlake Capital consortium was chosen as the preferred bidder.’

Abramovich had published an emotional farewell note last week. ‘It has been nearly three months since I announced my intention to sell Chelsea FC,’ he said.

‘During this time, the team have worked hard to find the right custodian for Chelsea FC that would be best positioned to successfully lead the Club into its next chapter.

‘I am pleased this search has now come to a successful conclusion. As I hand over Chelsea to its new custodians, I would like to wish them the best of success, both on and off the pitch.

‘It has been an honour of a lifetime to be a part of this Club – I would like to thank all the Club’s past and current players, staff, and of course fans for these incredible years.’ 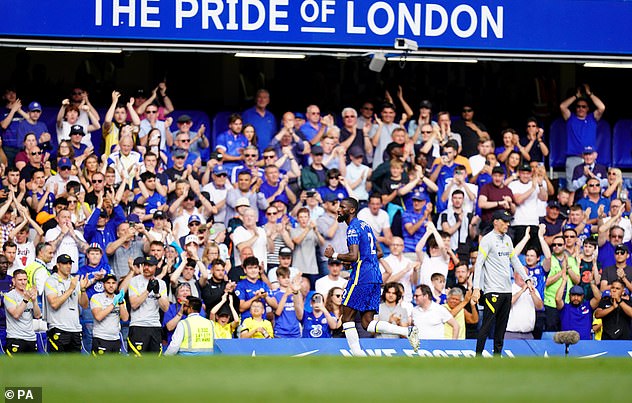 The confirmation comes as huge relief to fans, who had been worried about the club’s future

Confirmation of the takeover has been in the pipeline since last week when the final hurdle was overcome and the club announced all the finer details have been signed off.

The UK government wanted to been sure Abramovich would not personally gain financially from the sale and that proceeds would go to humanitarian purposes, as he had promised, rather than be funneled back to the 55-year-old oligarch or Russian government.

They have been satisfied to that end, meaning the takeover process came unstuck and passed all the necessary checks from the authorities.

He will be ably supported by a number of key figures including former Chancellor of the Exchequer George Osbourne, who is a partner at Robey Warshaw, the investment bank hired on a consultancy basis by the new owner.

Hansjorg Wyss is also another key member of the group and the Swiss entrepreneur sold his company for a whopping £15bn a decade ago. 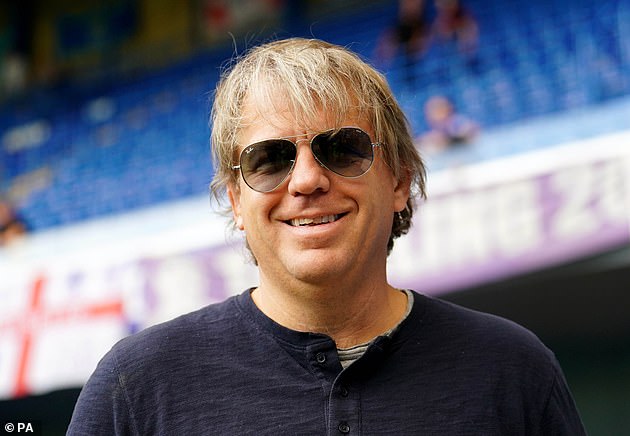 CEO Guy Laurence will step down and it is unclear who will assume the role of running day-to-day operations in west London. He decided to leave before the takeover but agreed to stay until it was completed to assure a smooth transition.

A total of £2.5bn will ‘be applied to purchase the shares in the Club and such proceeds will be deposited into a frozen UK bank account with the intention to donate 100 per cent to charitable causes as confirmed by Abramovich’.

‘The other £1.75bn will be spent on ‘further investment for the benefit of the Club’, such as on Stamford Bridge, the academy, the Chelsea women’s team and the continued funding of the Chelsea foundation.’

Chelsea confirmed on Saturday that a ‘definitive agreement’ was reached with Monday’s announcement to follow. 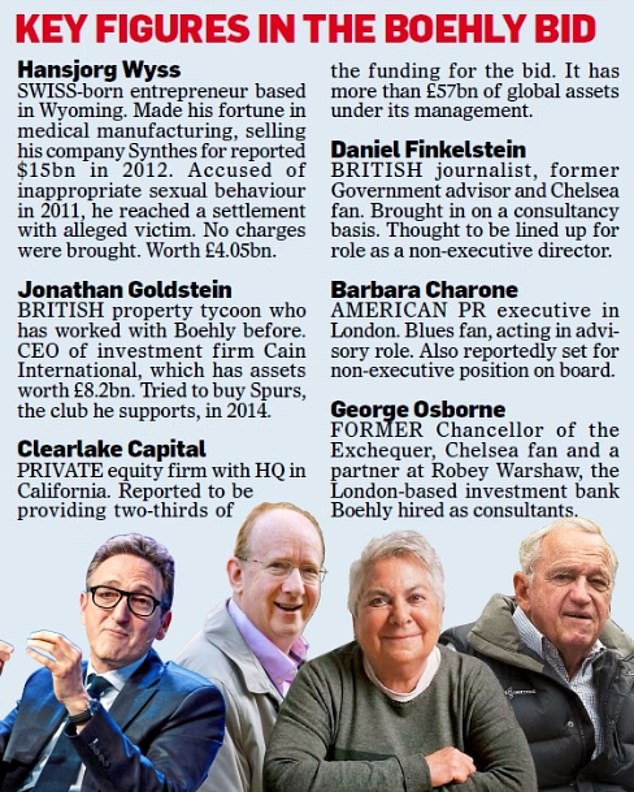 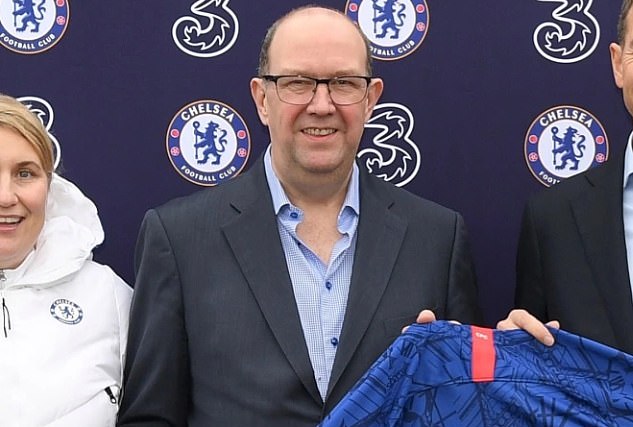 That has now been made and supporters will be hugely relieved, particularly as there were fears at one point that Abramovich would dig his heels in and risk the club’s future by refusing to co-operate with the government.

The Chelsea Supporters Trust have published a three-page document directed at the new owners, making a number of key requests.

They have asked for ticketing prices to remain the same as this season, want fan representatives to have a legally binding say on issues around club heritage and a will to follow the recommendations of their fan-led review.

The Supporters’ Trust also called for the creation of a shadow board to act in advisory capacity and have democratically elected members.

They concluded with two ‘medium term asks’, requiring supporter membership to the Safety Advisory Group and the appointment of an independent supporter liaison officer to act as a go-between for the owners and fans.

Boehly, who is also part-owner of the LA Dodgers baseball team, will be considering the proposals as part of a huge in-tray to deal with now he is at the helm, including a potential new stadium, revamping the squad after several key departures and sorting out new contracts for key players.

Blues boss Thomas Tuchel will reportedly be given a war chest of £200million this summer to buy new players. 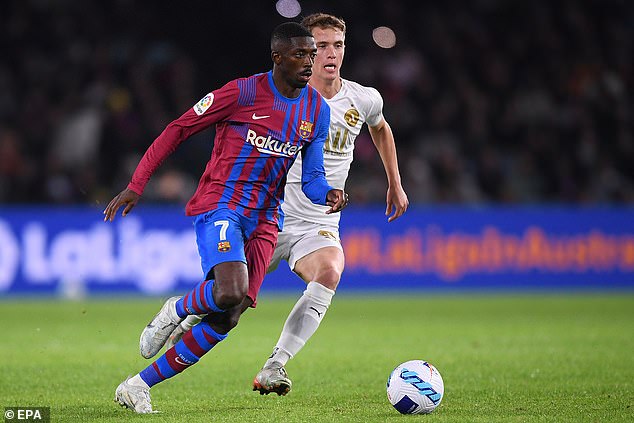 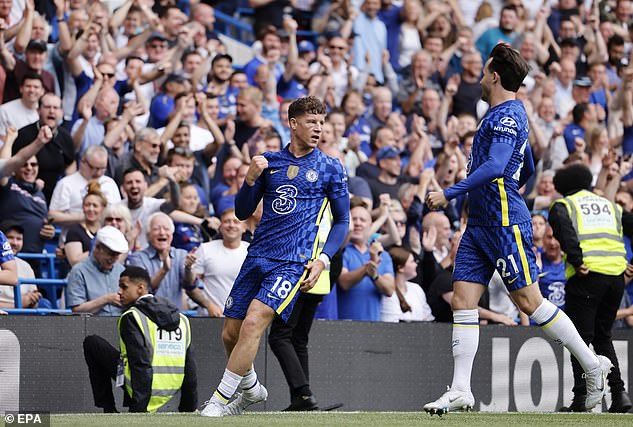 Chelsea have lost high-profile defenders including Antonio Rudiger and Andreas Christensen, meaning the club are under pressure to find capable replacements, with Sevilla’s Jules Kounde at the top of their list.

Barcelona winger Ousmane Dembele is also out of contract this summer and the sought-after 25-year-old could be the first signing of the Boehly regime, although Paris Saint-Germain are also interested in his signature.

Chelsea fans will be hoping Boehly’s ownership can bring about as much success as the Abramovich era.