Chelsea train ahead of Champions League tie with Barcelona

Antonio Conte will be feeling the pressure this week as his Chelsea squad continued their preparations for their Champions League tie with Barcelona.

The Blues welcome Ernesto Valverde’s Barcelona to Stamford Bridge on Wednesday night for the first of their two last 16 legs.

Conte has had since Friday’s 4-0 FA Cup victory over Hull to prepare for the clash and will be desperate to get his tactics right. 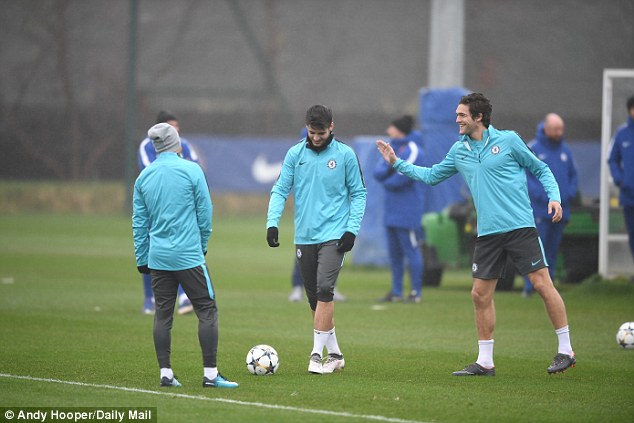 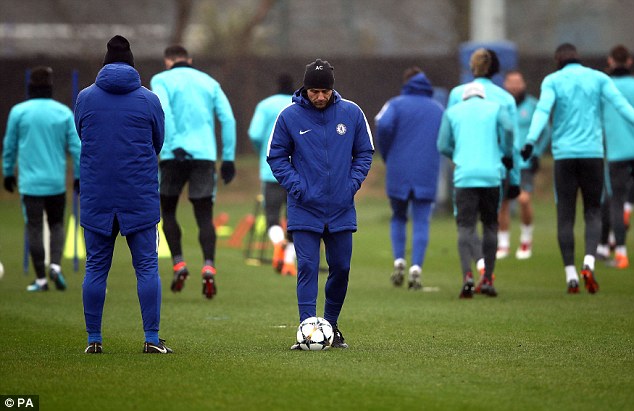 It was a foggy morning at Chelsea’s Cobham training ground on Monday, as the Blues took to the pitch to begin their final preparations ahead of what could be a season-defining clash.

Eden Hazard, fresh from giving his support to his under-fire Chelsea boss was in action after he was rested for Friday’s cup tie at the Bridge in anticipation of the crucial European showdown with Barca.

Conte will have to choose between former Real Madrid star Alvaro Morata and handing January arrival Olivier Giroud his Champions League debut for the Blues. 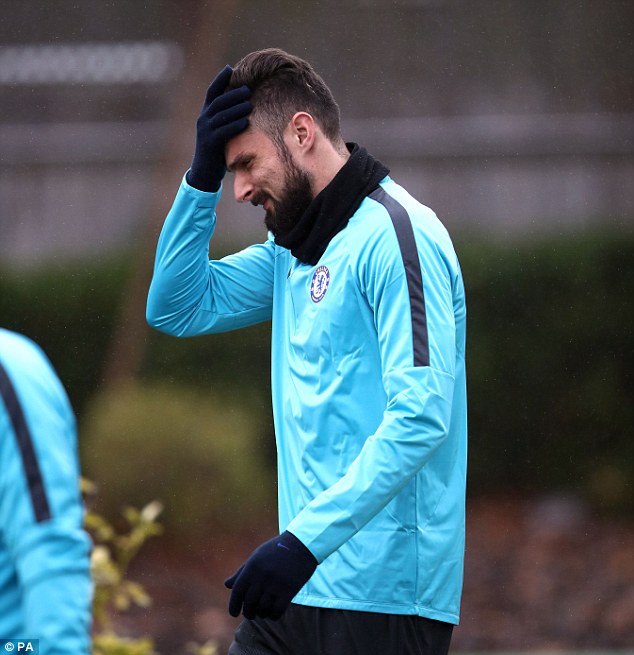