Chelsea and Manchester City go head-to-head in a mouthwatering FA Cup semi-final clash on Saturday evening in an intriguing battle between Pep Guardiola and Thomas Tuchel.

Premier League champions-elect City remain in the hunt for an historic quadruple this season, having also progressed to the semi-finals of the Champions League, while a Carabao Cup final against Tottenham on April 25 is swiftly approaching.

Chelsea have experienced an astonishing turnaround following the introduction of Tuchel, who has also guided the Blues to the Champions League semi-finals, the first time they have reached the last-four since 2014.

They also have seven crucial Premier League matches remaining, however, having slipped down to fifth in the race for the top-four, below West Ham, who they play just three days prior to their Champions League semi-final first leg against Real Madrid in Spain.

Whoever wins on Saturday will be considered the overwhelming favourites in May’s final, with the other semi-final being contested by Leicester and Southampton on Sunday.

With the mammoth domestic clash quickly approaching, Sportsmail takes you through the all-important information.

With the FA Cup now down to just four teams, all eyes with start turning towards the trophy

When is Chelsea vs Manchester City?

The all-important match-up will take place at a behind closed doors Wembley Stadium, with the match getting underway at 5.30pm.

The lack of spectators will come as a disappointment to both clubs, with the other semi-final contested between Leicester and Southampton set to be played in front of 4,000 fans, having been picked as a pilot event to test the returns of crowds.

However, for the team that does make the final, they will be playing it in front of 21,000 fans in what will be a colossal step forward in the return to some form of normality.

How to watch the FA Cup semi-final?

The FA Cup semi-final between Chelsea and Manchester City will be broadcast live on BBC One, with programming starting at 5.10pm.

The match will also be available to watch on both iPlayer and the BBC Sport website, with highlights at 11.15pm, after Match of the Day has ended.

Routes to the semi-final 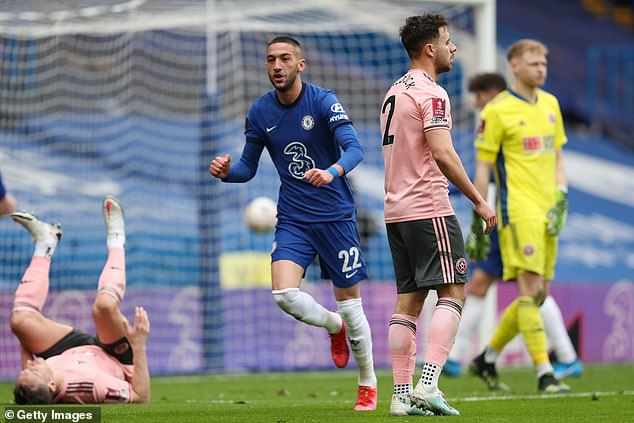 While it hasn’t been the most difficult route to the semi-finals for either team, Chelsea’s has been particularly favourable.

The Blues have played just one Premier League club on the way to the final-four, being Sheffield United, who sit bottom of the table and are all-but certain to go down.

Prior to beating the Blades in the quarter-final, Chelsea saw off the challenge of League Two side Morecambe in the third round, before easing past Championship duo Luton and Barnsley.

City also had a favourable route to the quarter-final, but their 2-0 win over Everton at  Goodison Park was certainly an impressive result.

Beforehand, they had beaten Championship pair Birmingham and Swansea, as well as League One outfit Cheltenham. 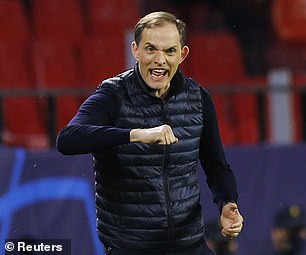 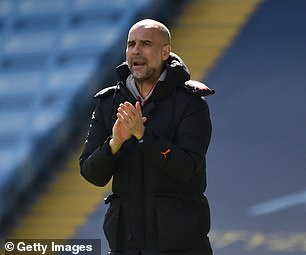 Chelsea come into the crucial fixture without midfielder Mateo Kovacic, who picked up an injury in the build-up to their Champions League quarter-final second leg against Porto.

Tuchel, who dedicated his side’s win to the injured midfielder, still has options in abundance, however, with the rest of his squad coming out largely unscathed.

Tammy Abraham is the joint-top scorer in the FA Cup this season with four goals, but he’s likely to start on the bench this time round. Tuchel will also have to decide whether a 36-year-old Thiago Silva is ready for battle once more.

Additionally, he may fall on the side of caution with Christian Pulisic, who played the full match on Tuesday.

As for City, Guardiola expects to be without striker Sergio Aguero, who is linked with a move to Chelsea when he leaves in the summer.

The Argentinian, who did not travel for their Champions League tie against Borussia Dortmund, has a ‘light muscle injury’ to recover from.

Meanwhile, Aymeric Laporte was back on the bench against Dortmund, having missed the Leeds game with injury. He’s expected to be fit once more.

Chelsea vs Manchester City: The odds

Despite Chelsea’s upturn in form, it’s City who come into the fixture as the favourites among the bookies, which will surprise few.

When is the FA Cup final?

With the FA Cup now down to the final-four, the ending is in sight.

And whoever does make the final won’t have to wait too long, with this year’s showdown taking place on May 15.

Again, the match will be played at Wembley Stadium, though as stated above, there is set to be a total of 21,000 fans in attendance.