‘I don’t know if it’s in my top five goals but it’s up there’: Eden Hazard labels winner at Liverpool as one of the best he’s ever scored… and reveals N’Golo Kante ‘didn’t want penalties’

Eden Hazard called his goal that shattered Liverpool’s perfect start as one of the best he has ever scored as he set his sights on repeating the trick on Saturday.

The Belgium international showed why Gianfranco Zola, Chelsea’s assistant manager, made a point in the post-match conference of calling him one of the world’s finest players with a brilliant individual effort to secure a 2-1 win and send his team into the Carabao Cup’s fourth round.

Chelsea and Liverpool square up again on Saturday and Hazard hopes this victory will provide his team with impetus for the clash at Stamford Bridge in the Premier League.

He said: ‘The goal was special and so was the qualification. It’s always tough to play here. That’s why the win is more important. I spoke with N’Golo (Kante) on the bench and he told me that he didn’t want penalties so the only option was to score! I did well so we can go well.

‘I think the game on Saturday is going to be more important. I don’t know if it’s in my top five goals but it’s up there because it’s against Liverpool.’

Zola was thrilled with Hazard’s cameo and said: ‘Eden is one of the best players in Europe and the world for sure. What he has done today with that goal is proof of that. He is getting better and better he is doing the right things at the right moment.’ 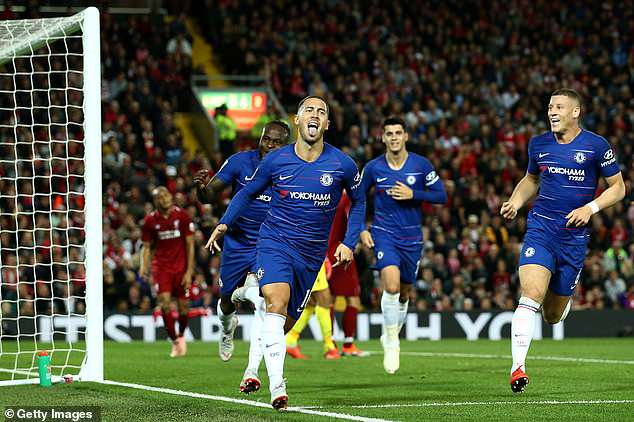 While Chelsea were exultant on leaving Anfield, Jurgen Klopp was furious about the goal that enabled Maurizio Sarri’s side to draw level. Emerson’s equaliser was only awarded after VAR consultation but Liverpool’s manager felt the officials made errors before that moment.

Klopp said: ‘I don’t think it’s a foul [for the free-kick that led to Emerson’s goal]. He plays the ball and then he touched afterwards, but things like that happen. We constantly touch each other with feet, with arms and stuff like that. Not all of that is a foul.

‘It’s a clear ball and the linesman wanted to give a throw-in. That it’s a foul and then a yellow card is always strange. And then the situation, I didn’t see it in the game, of course, but when they started using the VAR I knew it was close, obviously. It was close, it was really close. I don’t think I have the Liverpool glasses on my nose, I would say it’s offside. That’s then how it is.’ 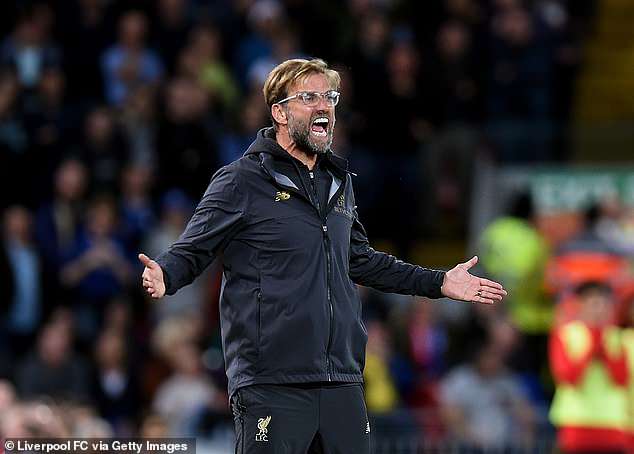