A chemistry student has been handed a restraining order after he stalked his ex-girlfriend and sent an explicit video of her to her new lover.

Jefferson Young, 21, was banned from contacting his ex-girlfriend after he bombarded her with emails and voicemails when their relationship ended.

Young, a third year chemistry student, met his girlfriend during their first year at Newcastle University and had an on-and-off relationship with her for several months.

But when things turned sour, he began to send her with twisted messages, emails and voicemails in a bid to manipulate her in to getting back with him.

In a fit of jealousy in January – during a period the pair were separated – he sent a private video of his victim to her new boyfriend.

Addressing the stalking charges at South East Northumberland Magistrates’ Court, prosecutor Holly Common said: ‘He made self-harm threats and told her he would attend her address.

‘On June 24 he turned up to her place of work while she was at home in a different county 15 minutes after she had left.

‘This made her scared and fearful for her safety so she went to the police and Young was told not to contact her.’

‘His behaviour had a horrible impact on the victim and her friends and affected her studies.’

Young, originally from Lincolnshire, admitted stalking between May and August this year as well as disclosing private sexual photographs and films with intent to cause distress.

In total, 120 pages worth of communications were submitted as evidence. 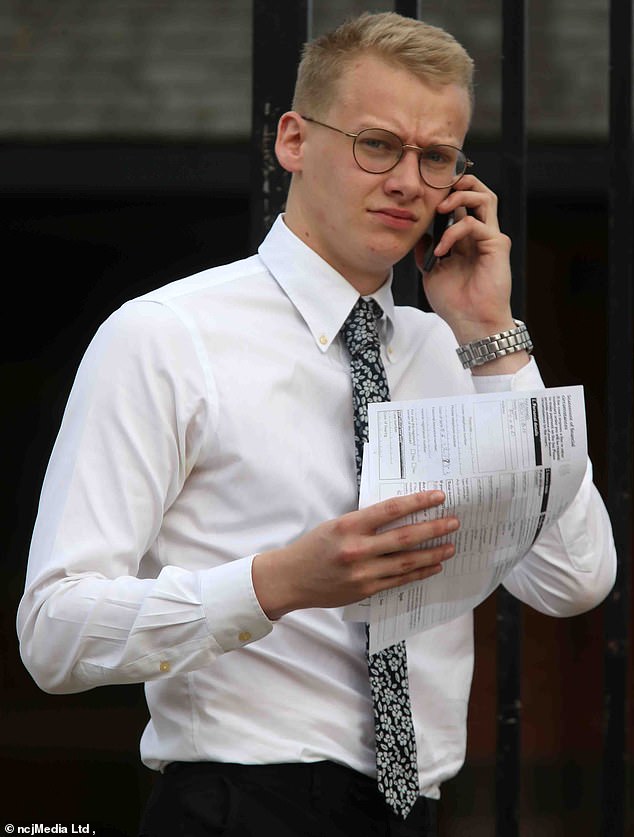 Young was given a 12-month community order with rehabilitation and unpaid work, as well as ordered to pay costs of £85 and a victim surcharge of £85

Young’s defence solicitor Denise Jackman said: ‘This is a sad case, it’s two young people away from home and away from their friends and family.

‘Newcastle University have been slated in recent weeks about drinking escapades that go on and I think that’s the student culture.

‘They’re unsupported, away from home, have freedom and things go awry.’

Ms Jackman added that Young had received ‘mixed messages’ from his then-girlfriend and said her client was an ‘immature and very vulnerable young man’ who had learned the error of his ways.

Chair of the bench, Winifred Clayton, said: ‘Not only did your behaviour breach a criminal standard, it was immoral and, in the words of your solicitor, [sharing the video] was a nasty act that caused extreme distress for someone you claimed to care about.’

Young was given a 12-month community order with rehabilitation and unpaid work, as well as ordered to pay costs of £85 and a victim surcharge of £85.

He was also handed a restraining order banning him from contacting his ex or going to the immediate area she lives in.