Renovation queen Cherie Barber has issued an urgent warning on the dangers of asbestos, revealing she was exposed to the deadly fibres herself.

Barber was aged in her 20s when she breathed in asbestos while working on an early renovation project in Balmain, in Sydney’s inner-west.

‘I very distinctly recall sanding this wall in a little character cottage in Balmain. I was completely covered in dust,’ she said.

‘I later came to discover that the wall was an asbestos wall.

‘I was horrified. I often wonder now, am I going to die of asbestos poisoning?’

Experts fear Australia could be hit by a new wave of asbestos diseases as home renovations increase and more unskilled homeowners take on DIY projects without knowing the risks of asbestos exposure. 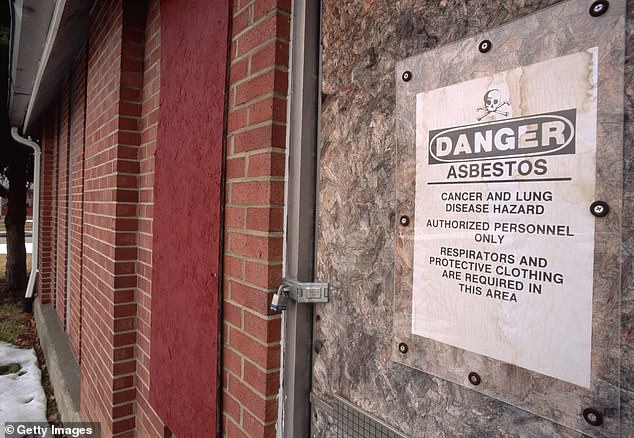 Ms Barber told the Herald Sun she worried about developing a disease such as asbestosis, mesothelioma, or cancer, which can kill in just a year.

Asbestos poisoning claimed the life of her grandfather George, who worked as a labourer on the wharfs and spent his life carrying sacks filled with the deadly building material.

Barber is the ambassador for Asbestos Awareness and pushed for more education about the harmful substance.

Although the importation of asbestos has been banned for 20 years, foreign asbestos was found in imported building materials, remote control cars, engine gaskets, billiard table irons, and Sydney’s new ferries in 2021.

Its fire resistant properties meant it was widely used in Chinese building products.

The actual number of asbestos related deaths each year in Australia is believed to be more than 4,000, including lung cancers and asbestosis caused by the material.

One in three homes built before 1990 are believed to contain the substance with unskilled DIY renovators at increased risk of exposure. 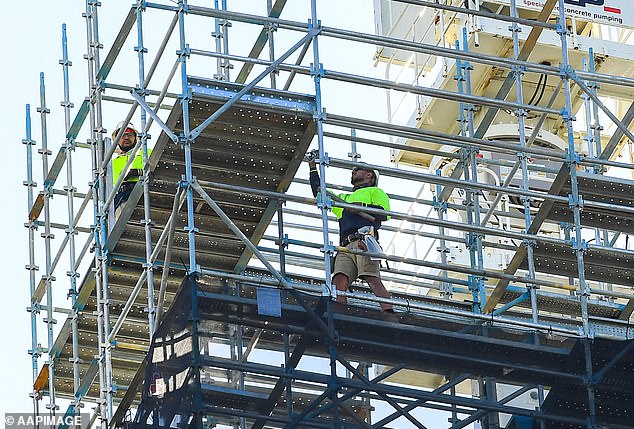 Slater and Gordon head of Asbestos and Dust Diseases Joanne Wade said there was an increase in home-taught renovators claiming compensation.

She noted the first patients coming down with asbestos poisoning were workers directly exposed to the material in the mines, factories and tradespeople.

The trend shifted to home renovators in the early to mid 2000s.

Home renovations soared across the country during the Covid pandemic.

The Australian Bureau of Statistics showed the amount of money being spent on renovations rose by $12.3 billion in 2021 – a 33 per cent uptick on 2020.

The Australian Asbestos Network said it was the ‘needle like’ properties of asbestos particles that caused the disease. 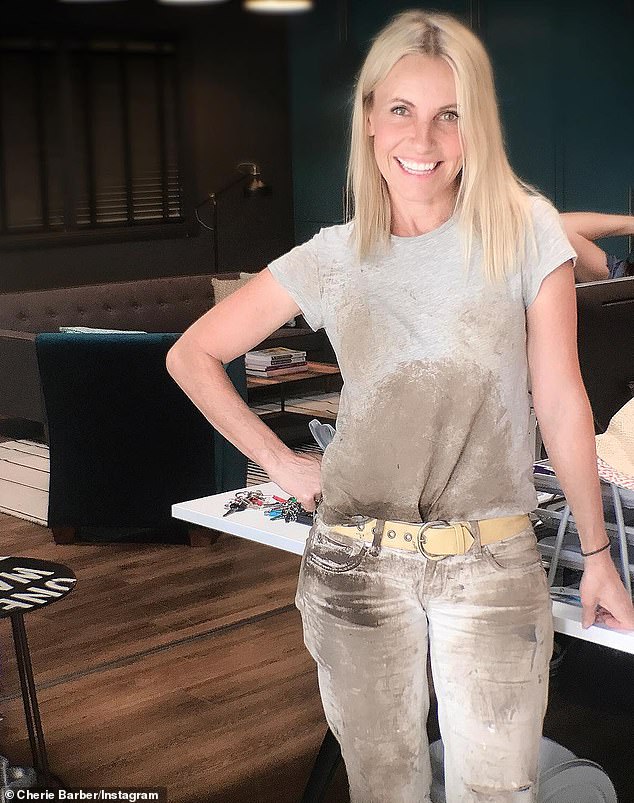 ‘It is thought to be caused by the body’s reaction to the needle like fibres of asbestos piercing the lining of the lung or abdomen,’ it said.

Barber shared some of the most common places the building material can be found and the best way to remove it without endangering someone’s health.

She the buildings asbestos was most commonly found in were houses built before the 1990s.

‘People rip up these old walls and they think it’s just cobwebs or fabric wadding, not realising that it is asbestos,’ she said.

Others were exposed just by drilling into walls to install picture hooks.

Homeowners have been recommended the safest option is to pay professionals to remove the material rather than attempt it themselves.

Fact and fiction about asbestos

FICTION 2. The numbers of historical deaths from asbestos-related diseases are uncertain. FACT: About 145,000 people have died over last 35 years

FICTION 4. Asbestos-related diseases are solely or primarily caused by occupational exposures. FACT: This was the case but many new cases are related to home renovations.

FICTION 7. It is safer to ‘manage’ than to remove in-situ asbestos. FACT: Asbestos is exposed by common occurrences such as renovations and natural disasters

FICTION 8. Most exposure of the general Australian population to asbestos (including the incidental exposure levels used in scientific modelling) is caused by naturally occurring asbestos. FACT: Asbestos is not ‘natural’ once mined.

FICTION 9. Public health messaging on asbestos risks should be disseminated on a limited basis, so as not to scare the community. FACT: Awareness is dangerously low