Descendants of black slaves, known as freedmen, who once were owned by members of the Cherokee Nation have a right to tribal citizenship under a ruling handed down by a federal court in Washington, D.C.

US District Judge Thomas Hogan ruled Wednesday in a long-standing dispute between the Cherokee Freedmen and the second-largest tribe in the United States which claims more than 317,000 citizens.

‘The Cherokee Nation can continue to define itself as it sees fit,’ Hogan wrote in the ruling, ‘but must do so equally and evenhandedly with respect to native Cherokees and the descendants of Cherokee Freedmen.’

Waynetta Lawrie, left, of Tulsa, Okla., stands with others at the state Capitol in Oklahoma City, Tuesday, March 27, 2007

Cherokee Nation Attorney General Todd Hembree said in a statement the tribe does not plan to appeal the ruling.

‘The Cherokee Nation respects the rule of law, and yesterday we began accepting and processing citizenship applications from Freedmen descendants,’ Hembree said.

‘As the Attorney General, I see this as an opportunity to resolve the Freedmen citizenship issue and allow the Cherokee Nation to move beyond this dispute.’

Freedmen have long argued that the Treaty of 1866, signed between the U.S. government and the Tahlequah, Oklahoma-based Cherokees, gave them and their descendants ‘all the rights of native Cherokees.’

There are around 3,000 freedmen descendants today.

‘Nobody wants to have their rights unilaterally stripped away,’ said Marilyn Vann, president of the Oklahoma City-based Descendants of Freedmen of the Five Civilized Tribes and one of the plaintiffs in the lawsuit that dates back to 2003. 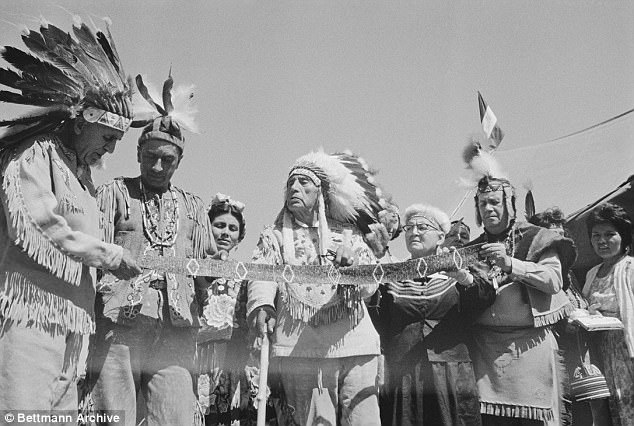 ‘I think the judge made it clear that the freedmen people have rights just like the rest of the citizens have rights, and we can’t be removed at the whim of this chief or that chief.

‘Going forward, I am hoping that the tribe will come together and we can just be Cherokees, Cherokee people and not freedmen … and maybe we can become the most powerful tribe in the entire country.’

Cherokee leaders had argued the tribe has the fundamental right to determine its citizens. 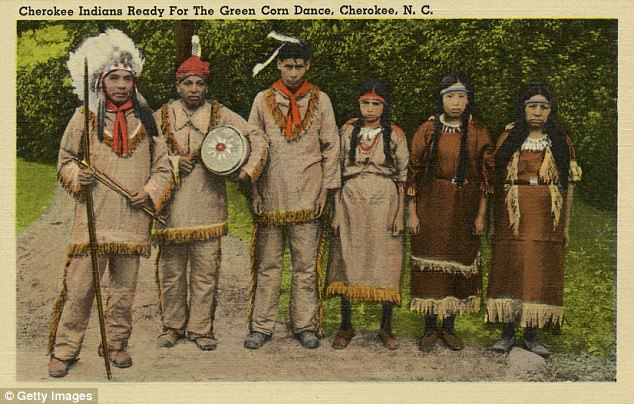 Under the ruling, Cherokee Freedmen would have all the rights that tribal citizens have, including the right to run for office, vote in elections and receive benefits, including access to tribal health care and housing.

While many white Americans owned black slaves until after the Civil War, so did some Cherokee tribesmen — but the practice generally ended with the 1866 treaty that afforded freed slaves the same rights as native Cherokees.

Leaders of the Cherokee Nation, one of the largest and most influential American tribes, have been trying to change that policy by declaring that the descendants should not be considered Cherokee citizens unless they can show proof of Indian blood.

In 2007, more than three-quarters of Cherokee citizens voted to kick out descendants of freedmen and other non-Indians.

While the ruling directly affects the citizenship status of more than 2,800 Cherokee Freedmen, an attorney for the group, John Velie, said there could be as many as 25,000 people who would now be eligible to apply for citizenship.

‘The freedmen around the time of the Dawes Rolls were around 10 percent of the members,’ Velie said, referring to the historical record created by the federal government to identify citizens of the Five Civilized Tribes.