By Kate Hind Showbusiness Editor For The Mail On Sunday

When some of the contestants on I’m A Celebrity quizzed Girls Aloud star Nadine Coyle about a rift with her former bandmates, she was quick to dismiss it as ‘fake news’.

But it can now be revealed that she and fellow singer Cheryl Tweedy fell out so badly during a Girls Aloud reunion tour in 2012 that they have not spoken since.

And The Mail on Sunday understands that tensions between the pair started at least four years before that, when Cheryl’s marriage to England footballer Ashley Cole began to fall apart. Cheryl accused Irish star Nadine of not being supportive enough.

‘Fake news’: Nadine Coyle rejected the idea there was a rift between her and her Girls Aloud bandmates 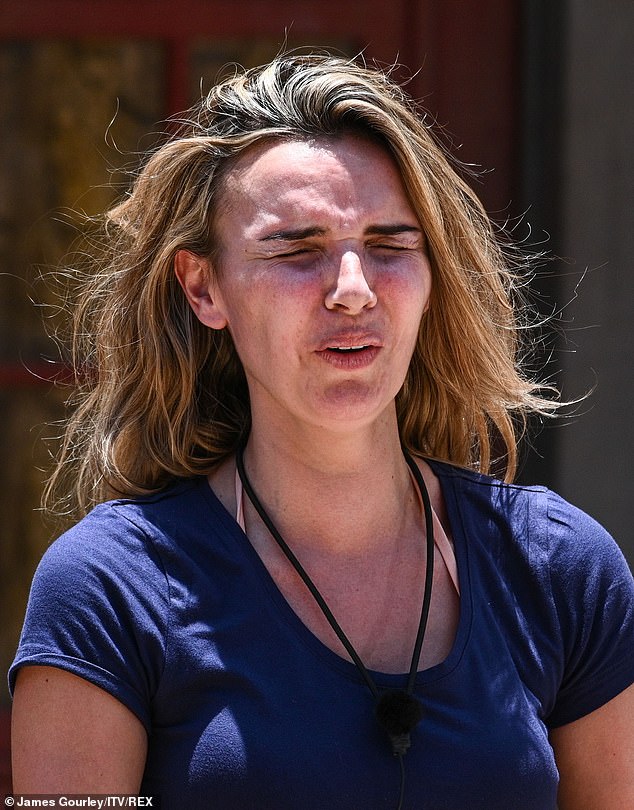 Fall out: But it’s claimed she hasn’t spoken to Cheryl Tweedy since 2012 during a band reunion tour as their relationship strained due to a lack of support when Cheryl’s marriage broke down

She won the backing of Kimberley Walsh and Nicola Roberts, who accompanied her on holiday when news of Cole’s affair with hairdresser Aimee Walton broke in 2008.

The fifth member of the band, Sarah Harding, is not thought to have taken sides during the row.

Sources say there was also later tension between the two women because Cheryl was the only member of Girls Aloud to receive the backing to go on and have a successful solo career.

Nadine was left angry because she was regarded as the group’s most talented singer. The feud between Nadine and the rest of Girls Aloud has become one of the main talking points on the reality TV programme in the Australian jungle.

On Friday night, she was seen roughing it when she took part in a trial called The Pest Office, during which contestants were forced to put a live critter in their mouth and hold it there for 60 seconds.

In stark contrast, Cheryl and Nicola were guests at Kimberley’s 38th birthday party at London’s exclusive Bagatelle restaurant, where they were spotted downing shots and eating some of the three-tiered cake. 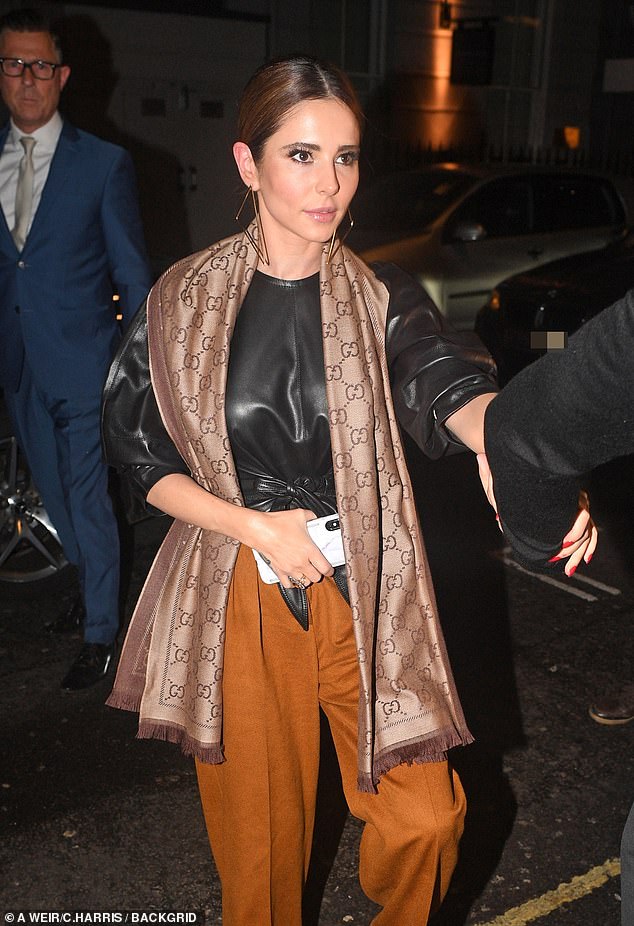 Party time: Cheryl and Nicola were guests at Kimberley’s 38th birthday party and enjoyed the night as speculation suggests they were voting for Nadine to tackle the worst jungle trials

Yesterday, Nadine’s former bandmates denied rumours that they were using a WhatsApp group to complain about her and vote for her to do Bushtucker Trials on the programme, including eating turkey testicles.

Cheryl said: ‘We only want to see Nadine do well, and regardless of any differences we might have had, we will always all have love for each other.’

A source close to the band, which was created in 2002 on ITV’s reality show Popstars: The Rivals, said: ‘Cheryl felt completely betrayed by Nadine at the time.

‘She was hurt that she didn’t hear from her after Ashley’s cheating.

‘Then Nadine went public to say that she had been trying to get hold of Cheryl to support her but that just infuriated her even more, and indeed Kimberley and Nicola.

‘As for the solo career, Nadine always thought it would be her but when it came to record contracts, it was only Cheryl who was deemed to be the full package. That was deeply upsetting for Nadine.’