Cheryl is gearing up for her big return to the stage this weekend, after a lengthy music hiatus.

The singer, 38, is the headline act at the Mighty Hoopla festival in Brockwell Park, London on Saturday.

It will mark Cheryl’s grand return to the music scene after she took time away from her singing career following the birth of her son, Bear, now four.

Back with bang: Cheryl is gearing up for her big return to the stage this weekend, after a lengthy music hiatus

Mighty Hoopla organisers issued a statement ahead of Cheryl’s upcoming performance: ‘We are thrilled that this year’s Hoopla will be closed by one of the millennium’s most iconic pop stars.

‘Having risen to fame in one of biggest girl groups of the 21st century, Cheryl has since gone on to release five number-one singles in the UK – the first British female solo artist to achieve this feat.

‘Revellers can expect to hear smash hits ‘Fight for This Love’, ‘Call My Name’ and ‘Crazy Stupid Love’ in a pop-tastic set that’s sure to blow your military hats off.’ 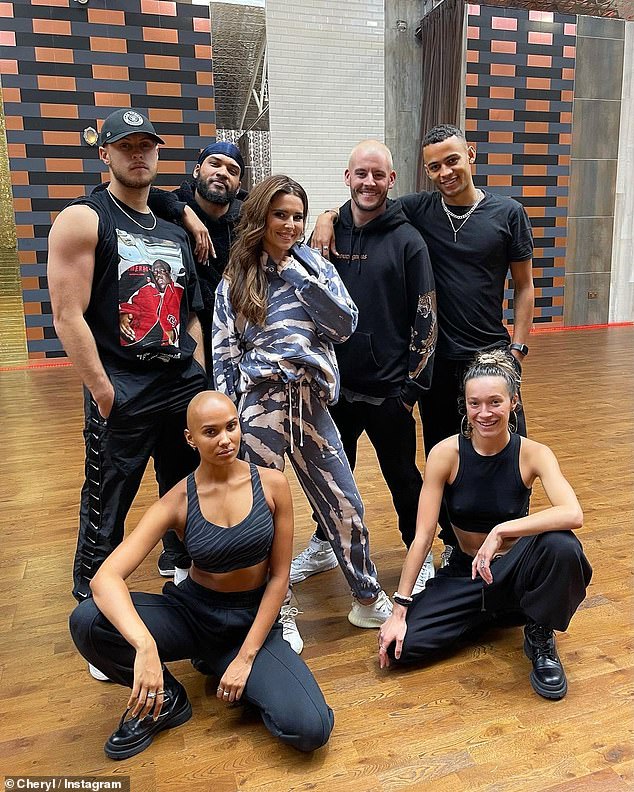 She’s back! The singer, 38, is the headline act at the Mighty Hoopla festival in Brockwell Park, London on Saturday

Earlier this week Cheryl was seen exiting the studios in blue sweats, having been heard singing her hit song Fight For This Love inside during a gruelling nine hour rehearsal.

And on Tuesday, the Girls Aloud star posed with her backing dancers for a new snap as she finished rehearsals ahead of her performance.

The singer beamed alongside her dance troupe at the studios in final preparations for her headline act.

Clearly excited for the upcoming festival, she captioned the post: ‘Hoopla…you ready?!’ 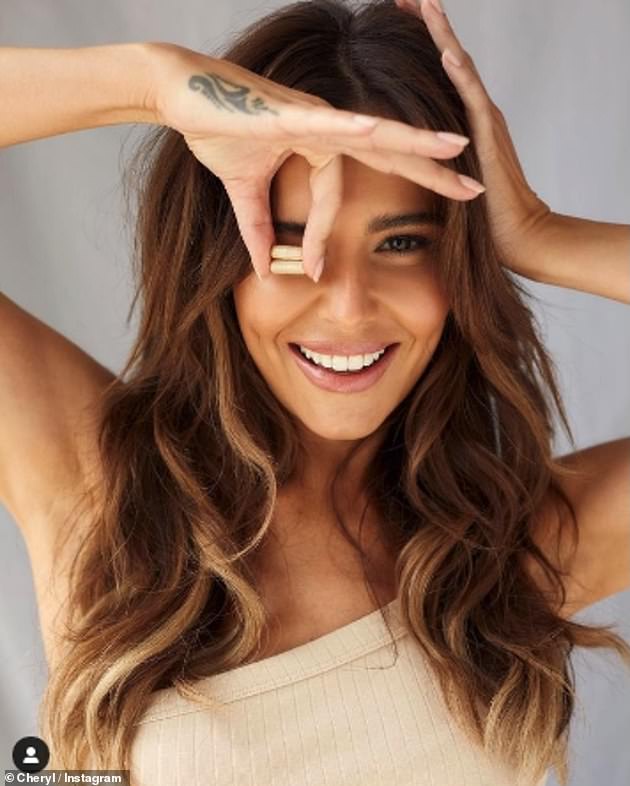 She’s back! Cheryl recently returned to Instagram after a year off social media

It’s a busy time for The Greatest Dancer judge as she juggles the relaunch of her singing career with her new BBC Sounds titled You, Me & R&B.

The podcast will see the singer relive her teen years in Newcastle where she discovered her love of the music genre along with artists such as TLC and Beyoncé.

‘I’ve always had an absolute love and passion for R&B and I’m so excited to share my new show with you on @BBCSounds,’ the pop star began.

Cheryl delighted fans by sharing a link to the show’s very first episode as she begins to make her comeback to the showbiz scene after a lengthy hiatus following the birth of her son Bear. 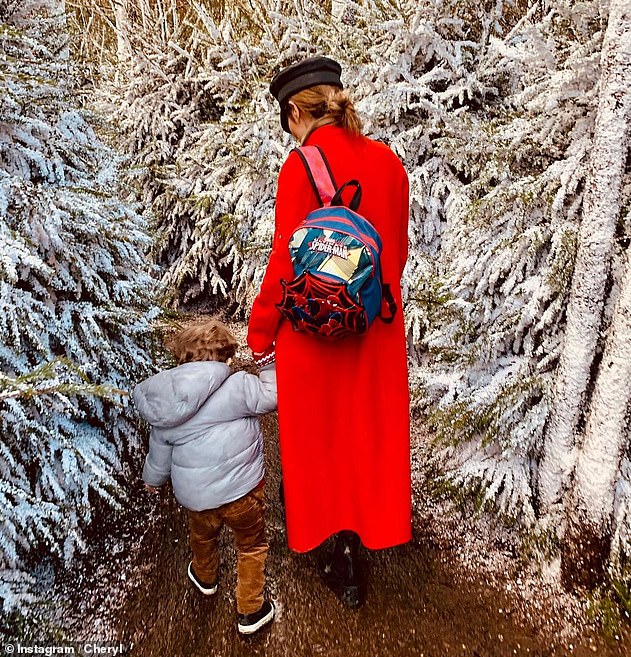 Doting mum: Cheryl is notoriously private about her personal life, having taken multiple breaks away from the spotlight over the past decade (pictured with her son Bear, four)