Darren McKie (pictured), 43, admitted to the manslaughter of his detective constable wife Leanne, 39

A police inspector turned the investigation of his wife’s death into a game of ‘cat and mouse’, a court has heard.

Darren McKie, 43, admitted to the manslaughter of his detective constable wife Leanne, 39, on the ninth day of his trial, but continues to deny her murder.

The mother-of-three’s body was found in Poynton Lake, Cheshire, on September 29 last year after being throttled at their £435,000 home eight miles away.

In his closing speech at Chester Crown Court on Monday, Nigel Power QC, prosecuting, said the Greater Manchester Police officer had lied during his police interviews to try and cover up his crime.

The court how McKie had left work on September 28 when his wife discovered his ‘criminal dishonesty and fraud’ after she found out he had applied for a loan in her name.

The police officers were said to be under huge financial pressure with debts of £103,000. The jury was told they needed to consider whether McKie, who had been a police officer for 20 years, had intended to cause his wife at least serious bodily harm (the couple pictured together) McKie returned to their home in Wilmslow at midday and 10 minutes later spoke to a surveyor on the phone to confirm a time for a valuation of the house, in connection with the loan.

‘Mrs McKie, you may think, was already dead,’ Mr Power said. ‘The defendant was just buying some time to deal with her body.’

The jury was told they needed to consider whether McKie, who had been a police officer for 20 years, had intended to cause his wife at least serious bodily harm.

Mr Power ripped up a set of questions he had intended to ask McKie before he changed his plea but read 25 questions which he would have asked him if he had given evidence in the case.

The questions included: ‘Did you think about your three children as you were killing their mother?’

Mr Power said: ‘You might think no one could come up with a sensible set of answers which could possibly avoid conviction for murder based on those questions.’

He said for the first nine days of trial McKie, through his counsel, had tried to ‘cast doubt on what was undoubtedly true’ before pleading guilty to manslaughter. 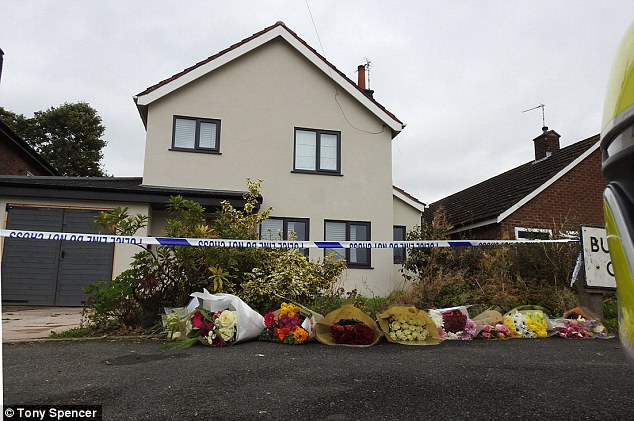 McKie is said to have strangled his wife at their £435,000 marital home in Wilmslow, Cheshire (pictured) 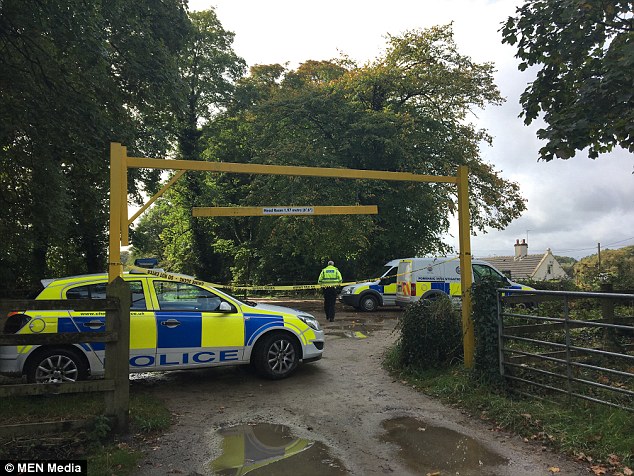 The mother-of-three’s body was found in Poynton Lake (pictured), Cheshire, on September 29 last year after being throttled at their home eight miles away

He added: ‘Now, as a desperate last attempt to avoid conviction for murder, the defendant asks you to accept the proposition…he only intended to cause some, not serious, harm when he strangled his wife.’

Mr Power said pathology evidence showed Mrs McKie had died after being strangled for a ‘prolonged’ period of a minute or more.

He said: ‘The evidence about injuries to the neck structures is utterly compelling, we say, in proving that the defendant intended to cause his wife at the very least serious bodily harm.

‘You may think, in fact, he intended to kill. You might ask yourselves, if you persisted that long, would you be able to feel the life literally ebbing away from the person you have strangled.’

The case was adjourned until Tuesday.