They said lack of exercise could have devastating long-term consequences when one in five pupils are already excessively overweight.

‘We need to get kids back to school as soon as we can for their health,’ said Russell Viner, who leads the Royal College of Paediatrics and Child Health. ‘Everybody in the nutritional world is concerned.’

Most of the ten million pupils from Reception to Year 10 will be off school for at least six months – from March to September – because of the pandemic.

Professor Viner, who is on the Government’s Scientific Advisory Group for Emergencies, added: ‘We talk endlessly about the risks of transmission of Covid, and that’s incredibly important, but it’s not the only thing.

Health chiefs have warned that school closures and lack of exercise could have devastating long-term consequences for pupils. (Stock image) 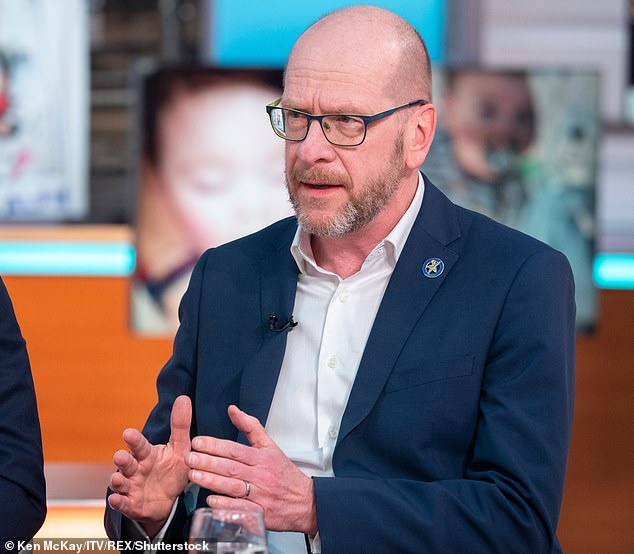 Russell Viner (pictured on Good Morning Britain), who leads the Royal College of Paediatrics and Child Health, said the risk-balance equation for children is about the risks of not being in school and poor mental health, poor sleep and potentially lack of exercise and obesity

‘The risk-balance equation for children is about the risks of not being in school and poor mental health, poor sleep and potentially lack of exercise and obesity.’

Professor Jonathan Valabhji, NHS chief for diabetes and obesity, said the lockdown would only worsen the nation’s weight problem.

Their warnings came as: 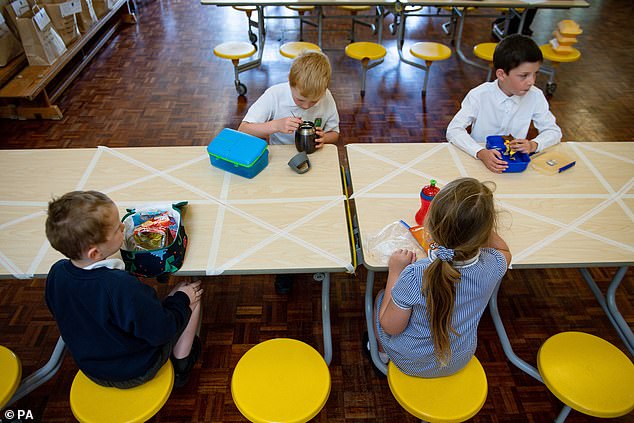 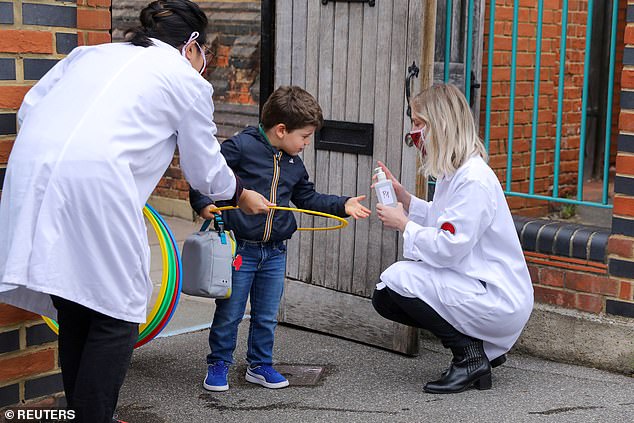 A child is given hand sanitising gel as they arrive  L’Ecole de Battersea, an independent French bilingual school in London

The Government last week abandoned plans for all primary school children to return before the summer holidays.

Some secondary groups are restarting this week but caps on class sizes are causing problems. It means that most pupils up to GCSE age will have been at home for nearly six months by the time they go back in September.

Professor Viner said: ‘The concern is if this really persists in the long term, or stops people being active together.

‘That’s walking to school, walking around at school, moving between classes, kicking a football with your mates. That’s how most children burn energy. But that’s not happening for the great majority of children. In lockdown, most have not been able to do that.’

He said that the good exercise habits some families adopted at the start of the lockdown may well have faded.

Over a fifth of Year 6 children aged ten and 11 are already classed as clinically obese according to NHS figures. The impact of school closures on childhood obesity will not be known for some time because the National Child Measurement programme, which records weights in Reception and Year 6, has been paused.

Caroline Cerny of the Obesity Health Alliance, a coalition of over 40 health organisations, said: ‘There is some evidence that childhood obesity increases when children are out of school for the six-week summer break and it’s likely that we could see a similar effect as a result of lockdown measures.’

Tam Fry, chairman of the National Obesity Forum, said: ‘I very much fear that Professor Viner is correct and worry that we may never know how much weight they are piling on.

‘Children put weight on in the summer even when they have every opportunity to exercise but the lockdown without their friends to play with will certainly take its toll.’

Professor Viner, who is a paediatrician and adolescent physician at University College London’s Institute for Child Health, said that although families were eating fewer takeaways, the snack cupboard ‘was always available’.

He added: ‘For some families they will focus more on healthy eating and not going out, but for others, the very poor, that pushes them into food insecurity and the cheapest food is the least healthy.

‘If you have really no money, the cheapest thing is massive packs of really unhealthy food.’