Child prodigy, 13, who has gained four associate degrees is now heading to university

A 13-year-old boy has become the youngest person to graduate from a college in California with four associate degrees and a perfect 4.0 GPA.

Jack Rico now plans to study at the University of Nevada, Las Vegas on a full scholarship.

Young Jack earned four degrees over the course of two years at Fullerton College in Southern California to become the youngest graduate in the school’s history. 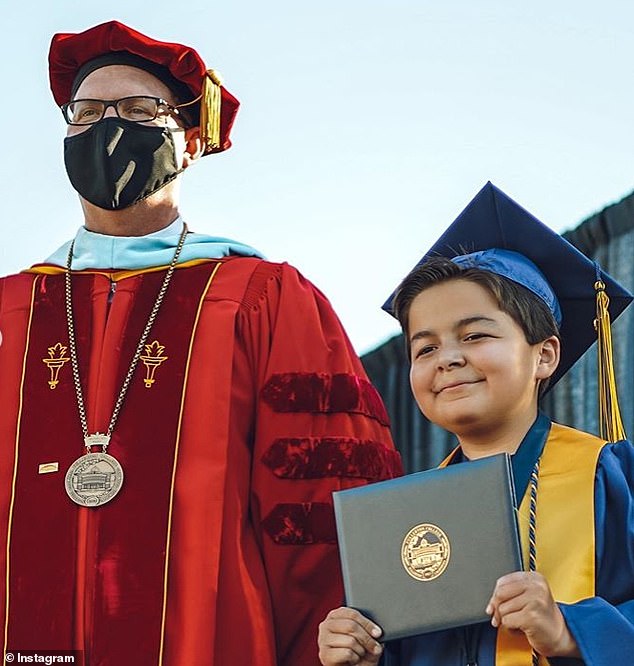 Jack was the youngest of 21,000 students and became well known on the campus.

‘They treat me like any other student,’ Jack told GMA. ‘They’re really nice and I’ve made some friends along the way.’

‘It was a really fun and interesting experience,’ Jack said to the Las Vegas Review Journal. ‘I didn’t really know what I was looking into at the start of it.’

Jack admitted that he found the studying both stressful and challenging but was determined to push on.

‘I still can’t really believe that I’ve achieved something like this,’ Jack said to NBC4. ‘I didn’t know that I could really do that.’ 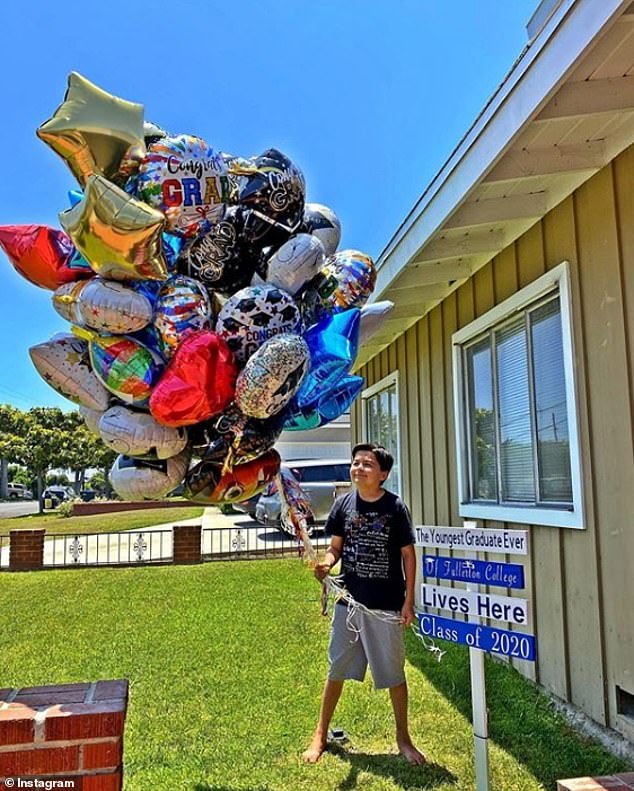 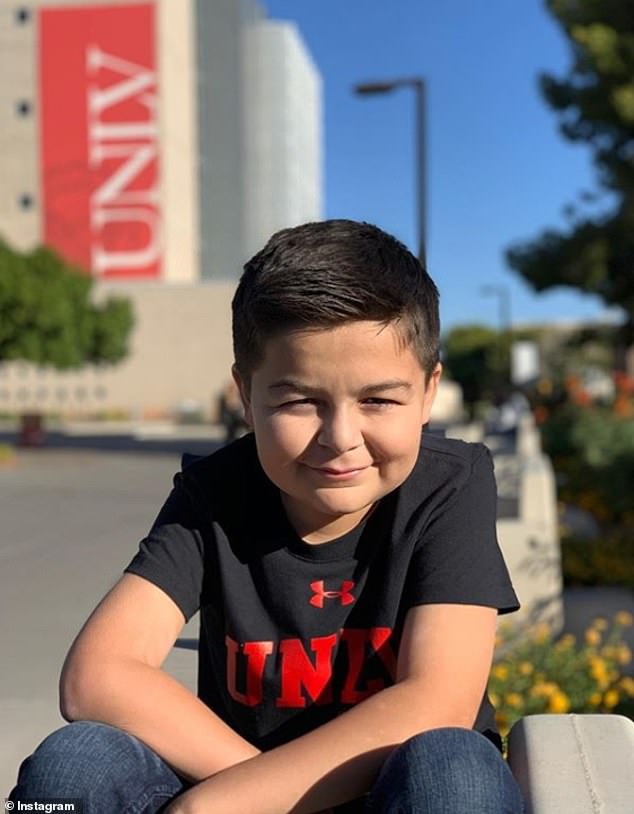 Initially, his goal was to complete an associate’s degree but he ended up taking classes in four subjects: history; arts and human expression; social behavior and self development; and social science.

Unfortunately, his first official graduation was canceled as a result of the pandemic so his family held a drive-by parade outside their front door him.

“I was a little sad and disappointed because I never had a graduation,” Jack said to CNN.

He is now going to study history at UNLV as he pursues a bachelor’s degree in history.

‘I’ve always been interested in history,’ he said. ‘It’s the story of where we came from.’

His classes will start next month and he will initially be taught remotely. 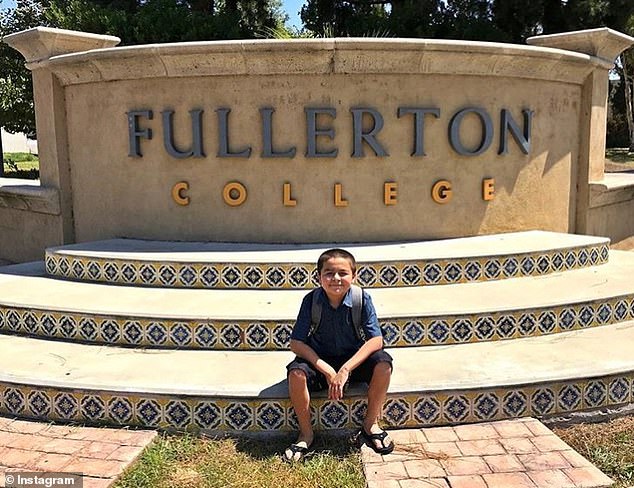 Jack was the youngest graduate of Fullerton College in its history 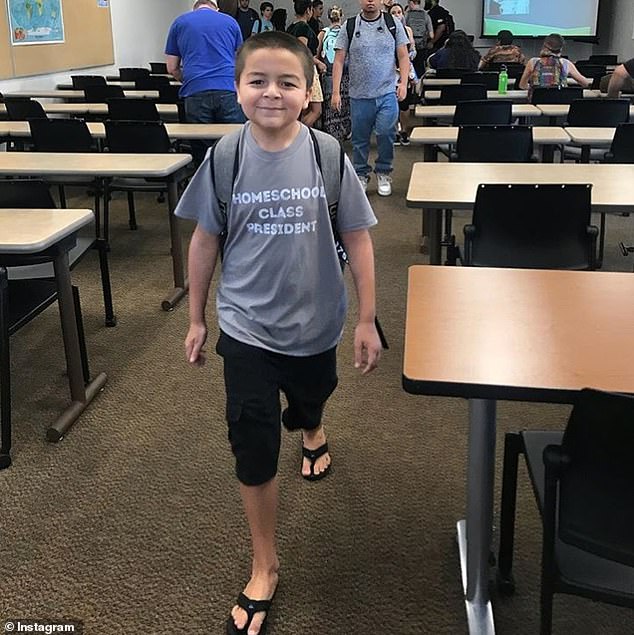 The dean of students said that Jack was a popular figure on the campus of 21,000 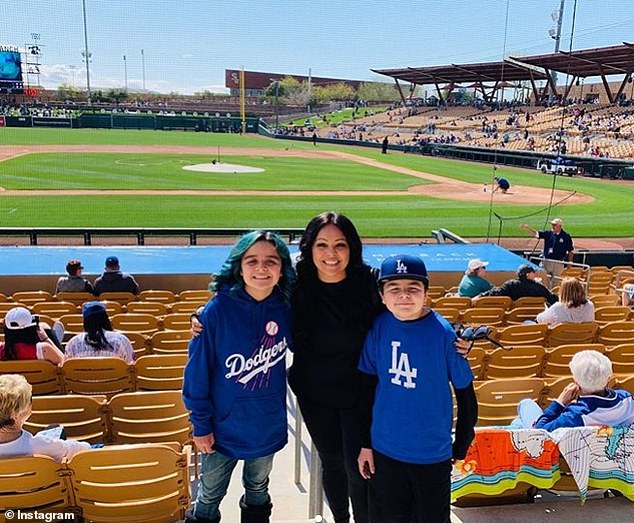 ‘He’s not a genius,’ mom Ru Andrade said. His sister is 15, left, and was also homeschooled  ‘He works very hard. He just loves information and loves learning,’ Jack’s mom said

‘I’m 13, so I don’t want to rush everything,’ he said. ‘I’m still trying to figure it out, but I just want to focus on learning right now. That’s what I love to do.’

Ultimately, the entire family plan to move from their home in Whittier near Los Angeles to Las Vegas and stay in a hotel for three days each week as Jack goes to his classes in person, which would be for the first three days of each week.

His elder sister who is 15 and is home-schooled, will also come with the family.

Despite his young age, UNLV spokesman Tony Allen said the university will do everything it can to make Jack feel at home. 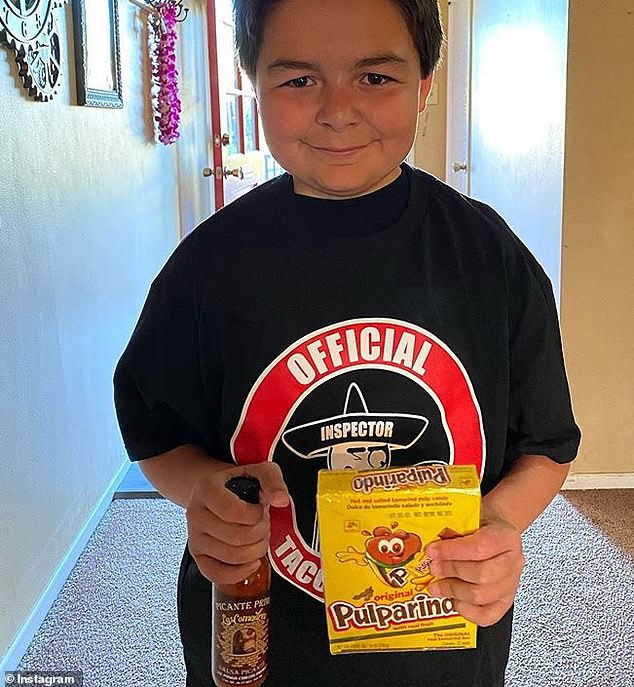 His degrees are in social sciences, social behavior and self development, arts and human expression and history 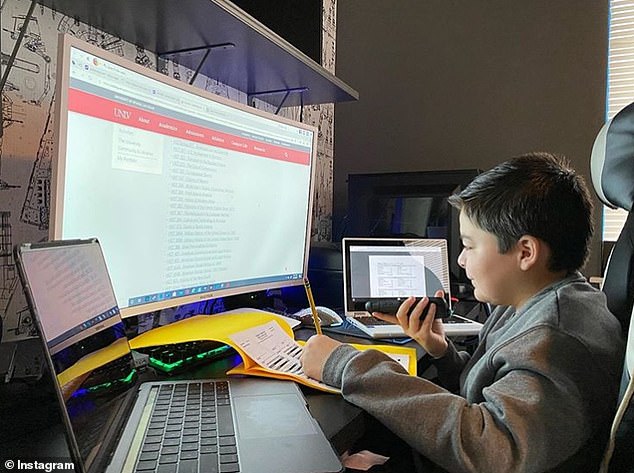 When Jack is not hitting the books, he is said to be passionate at playing video games

‘Jack is a remarkable young man with a bright future ahead of him, and we’re thrilled that he chose UNLV to continue his academic journey,’ Allen said. ‘We have a long history of Rebels making it happen by following their dreams, no matter how big, and we look forward to welcoming Jack and his family to UNLV.’

Although history will be his main area of steady, Jack intends to study a variety of other subjects. ‘I still don’t have life figured out yet,’ he said to the journal.

‘He really is 13 when it comes to play. He will get done with his work just to get to his video games as fast as he can,’ she said.

Andrade says that he son has always been clever. ‘He came out smart. He was always like an old soul.’

Jack, like his sister, was also home schooled which allowed him time to learn and to be creative. 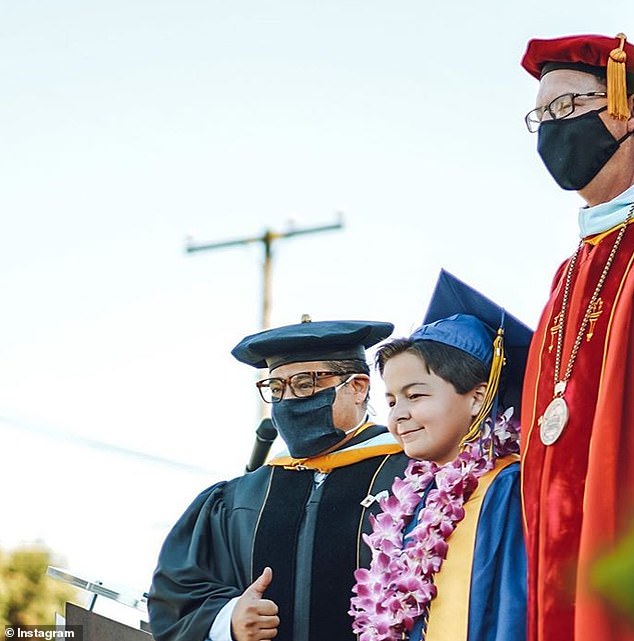 Jack is pictured at his graduation ceremony with Fullerton College President, Greg Schulz, right, and the Dean of Social Sciences Jorge Gamboa, left