This is the moment three young boys bravely take on a huge snake which has wrapped itself around the lower body and hind legs of their pet dog.

A video shows the older boy attempting to pin the snake’s head to the grass with what appears to be a metal table leg as the two younger lads attempt to cajole the snake to loose its vice-like grip on their pooch by hurling large leaves at it.

The dog appears more dazed than distressed while its human companions do battle with the reptile.

The older boy uses what appears to be a metal table leg to force the snake’s head to the ground while his two companions attempt to unravel the snake, a task that at first appears exceedingly difficult.

The boys turn the dog’s body from side to side to help shed the scaly booby trap but only manage to tear half of the snake’s frightening knotted length from their pup.

They then grab the snake by both ends, pulling in opposite directions to eventually weaken the snake’s hold long enough for the dog to skip free.

The doubtless grateful canine appeared unhurt by the assault. 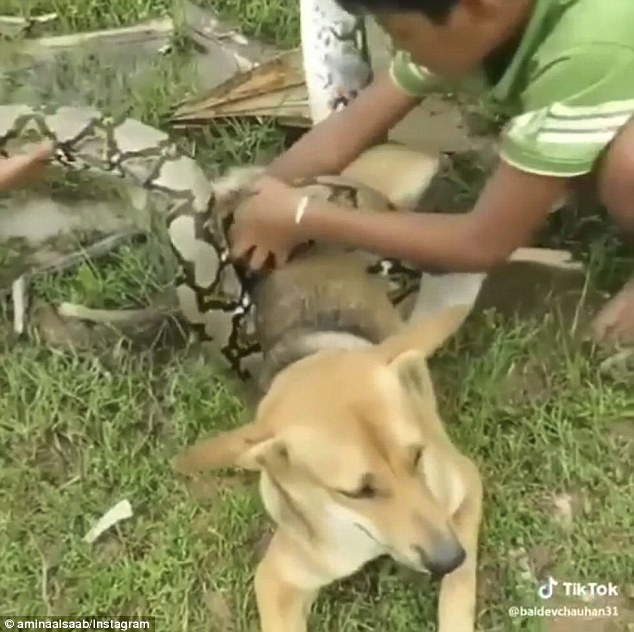 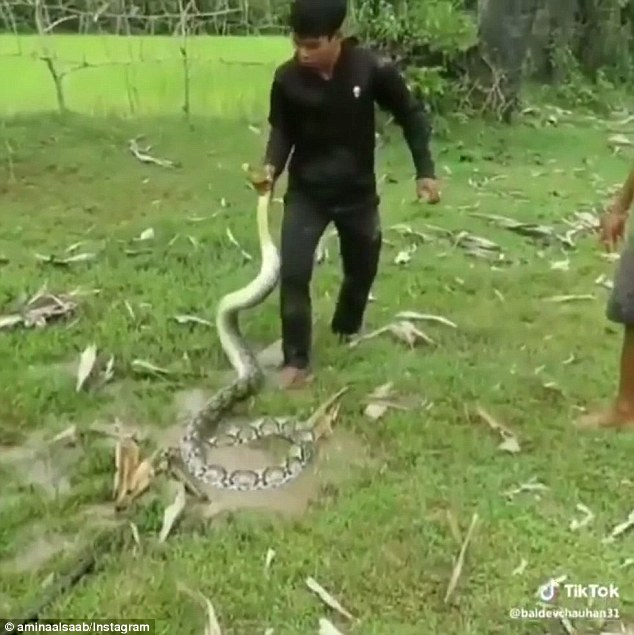 The older boy then holds the writhing snake up by its head in silent victory, its length eclipsing even his height.

The fate of the serpent is unknown.

It is not clear where the video was filmed.