The children of sperm donors have spoken about what it’s like to grow up without knowing their biological father.

Caitlin, 10, was conceived with donor egg and sperm after her single mother Kathryn, at 45, was unable for have a child through IVF after six years of trying.

While the Australian girl was happy to live in a home free of squabbling parents, she admitted she struggled growing up without knowing her biological father.

The children of sperm donors have spoken about what it’s like to grow up without knowing their biological father with Caitlin, 10, said it was sad ‘especially around Father’s Day’

Another girl conceived through a sperm donor, India, had a hot chocolate with her South African biological father when she was five and never saw him again.

Now 14 the teenager, raised by her biological mother, was upset her biological father had failed to keep in contact with her, despite her attempts to maintain a relationship via email.

Asked by Insight host Jenny Brockie how she felt about that, India replied: ‘Not very happy.’

India said she wouldn’t choose to have a child through a sperm donor.

‘For me, I personally wouldn’t do it,’ she said. ‘The reason being just because of my own personal experiences and stuff like that, but yeah, I wouldn’t do it.’ 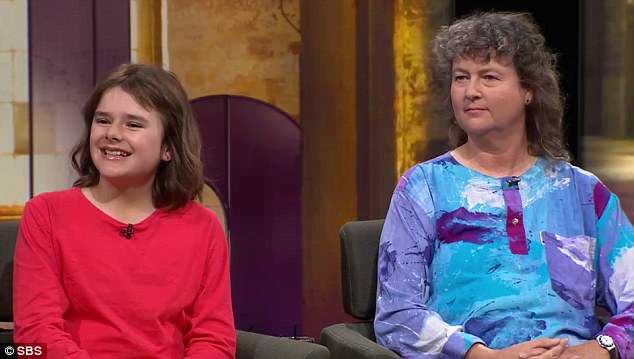 Caitlin, 10, was conceived with donor egg and sperm after her single mother Kathryn (right), at 45, was unable for have a child through IVF after six years of trying

Until recent years, sperm donors had a right not to be contacted by their progeny.

However, in February 2016 Victoria passed a law that gave the offspring of sperm and egg donors the right to receive information about their biological parents.

Victoria was the first jurisdiction in the world to give rights to donor-conceived people.

The laws were modelled on 1980s legislation across Australia which gave those who were adopted the right to access information about their genetic heritage, regardless of when they were born. 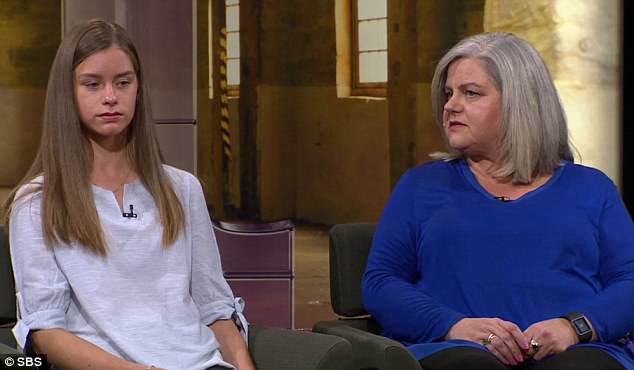 India, 14, (left with her biological mother) said she wouldn’t choose to have a child through a sperm donor because of her personal experiences

Caitlin had the chance to meet her biological mother and was glad she could learn about her ancestry, which includes Native American heritage.

‘It was a really big surprise,’ she said of speaking to this woman on a Skype video call after school.

‘It was really nice and it really just let me know why I look like me and why I like some things.’

Caitlin said she had wanted to meet her biological mother ‘just to know my ancestry, just to know what she looked like’, adding she wanted to know what this woman did when she was younger to understand if she had the same interests.

‘I discovered she likes being a cheerleader and she like surfing and I like surfing,’ she said. ‘She had the same colour brown hair as me.’