China’s Communist Party is now matchmaking and pushing organised blind dates as fears are growing that ‘societal harmony and stability’ will be negatively affected by 100 million adult single citizens.

Feeling hopeful: The Zhejiang Communist Youth League in eastern China organised one such blind date event in June this year

The Youth League is run by the influential Communist Party, so companies have taken it seriously, with some even giving a day off to those going on a blind date.

In addition, a Youth League member from Hangzhou in eastern China, Zhejiang province has established a special department for playing Cupid and has already organized a blind date event which attracted around 10,000 people earlier this year.

The Youth League notice commented that ‘a civilised, healthy and rational concept of love and marriage’ should be combined with socialist core values.

According to the Global Times, the notice said, ‘helping young people find the right partner has a direct impact on their further development, which affects societal harmony and stability,’ the notice said. 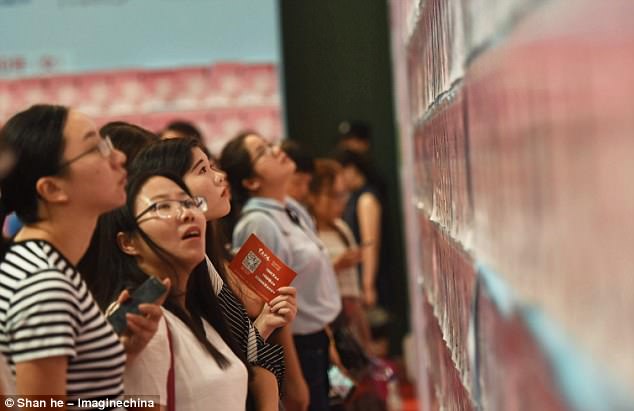 Looking to the future: The Communist Youth League organised a blind date this summer in Hangzhou to help single people get to know each other

Encouraged by the Youth League’s initiative, government bodies like labour unions and women’s federations are also getting involved.

Without a family, people will lose their motivation to work diligently, and too many single people will eventually affect social stability.’ 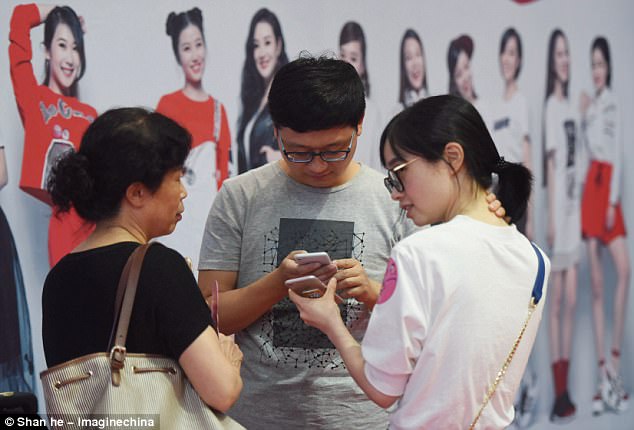 Getting along well: Young singles are now encouraged to participate in organized blind dates

This employee has organized several blind dates for government employees.

Many are encouraged to focus on dating, as a lucky 28-year-old man named Zeng, who works at a state-owned company in Beijing said he’s allowed to take a day off when going on a blind date.

‘My boss believes that a man will only be committed to work after he has a family,’ said Zeng.

On Zhihu, a Chinese question-and-answer website, one woman said that the Labour union believes that that work is less important than marriage, and women are destined to get married.’ 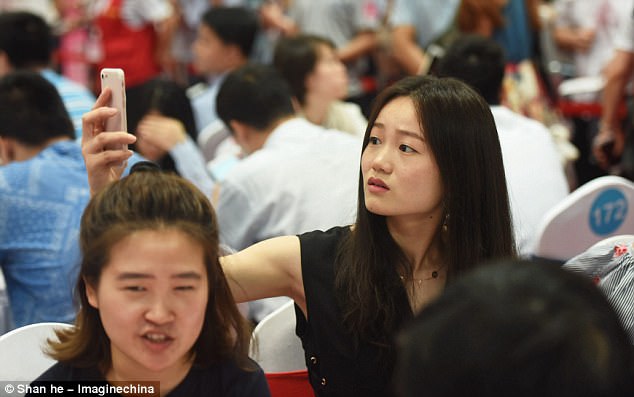 She was called by her labour union four times to participate, and fed up of these frequent calls, she blocked the union’s number due to too much pressure.

Others said such events don’t really work due to it feeling very ‘forced’, pressured and some participants not being themselves.

Organizers said few people successfully find a match at those blind date events. One participant said, ‘It’s too short a time to get to know each other. And the men who attend are usually younger than the women,’

Official data shows that more than 100 million Chinese people of marrying age remain single. The sixth census conducted in 2010 discovered that 2.47 percent of women over the age of 30 are single, China News Service reported in June.