China demands an apology from the ABC after ‘racist’ TV show

China has lashed out at the ABC after they aired an episode of Horrible Histories they deemed to be ‘racist’ and offensive.

According to a report by news.com.au on Monday, the communist nation took offence to a recent episode about Empress Wu Zetian.

They claimed the show implied that eating things such as rats, insects, jellyfish and hair is all a normal part of Chinese culture.

Lashing out: China has lashed out at the ABC after they aired an episode of Horrible Histories (pictured) they deemed to be ‘racist’ and offensive

An article by the state-controlled Global Times claimed the show had ‘drawn outrage and condemnation from Chinese-Australians’.

They also claimed the actress portraying the empress, Sophie Wu, is ‘white’, even though she’s British with Chinese heritage.

‘This kind of racist behaviour is indeed too narrow-minded for a country,’ one person wrote on China’s social media platform, Weibo. 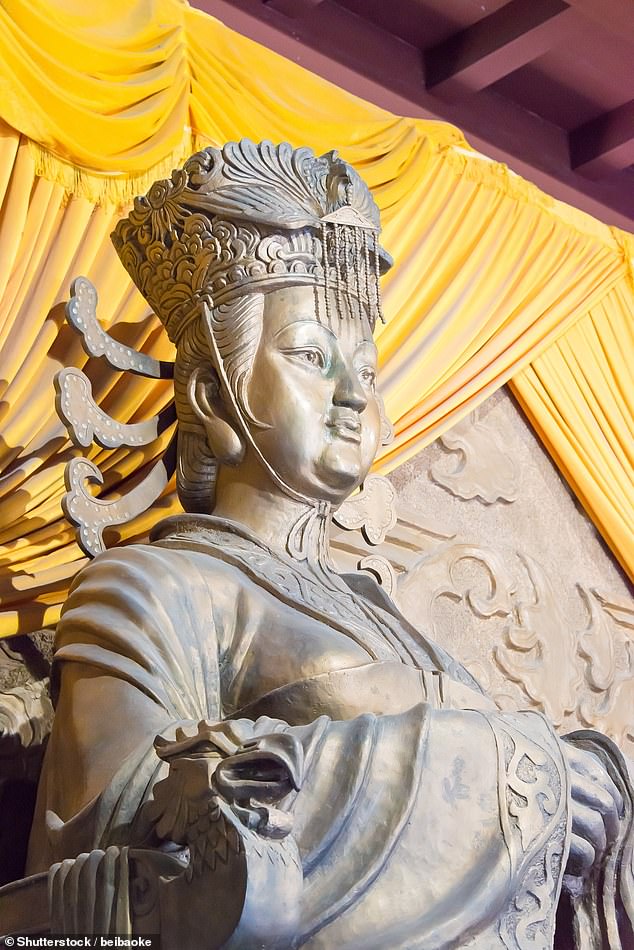 Upset: According to a report by news.com.au on Monday, the communist nation took offence to a recent episode about Empress Wu Zetian. Pictured, a statue of the empress

‘It’s uncanny how they are always talking about anti-racism and they are actually the meanest racists,’ added another.

Meanwhile, the ABC acknowledged that they had received ‘some complaints’, which were being investigated by the ABC Audience and Consumer Affairs.

‘We also need an apology,’ a Chinese student in Australia told the Global Times.

Empress Wu Zetian ruled China from 665AD through to 690AD, and is the only female monarch in the history of the country.

She was responsible for expanding the Chinese empire beyond its borders, and became one of China’s most beloved leaders.

Despite this, she is also considered to have been ruthless, killing anyone who stood in her way, including some of her own relatives.